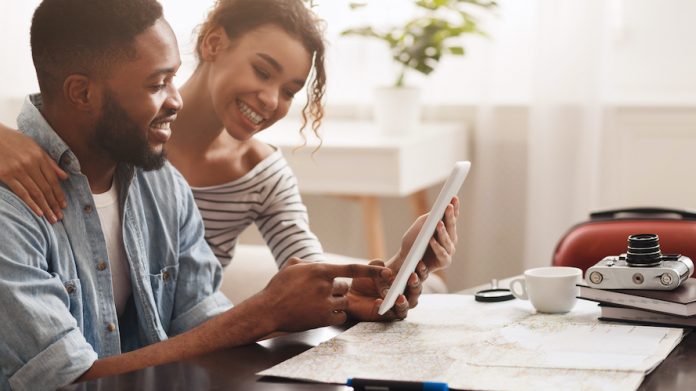 The latest edition of Duetto’s Pulse Report, which tracked data for February 2021, shows that the majority of markets across the Americas are continuing to show modest signs of positivity in terms of booking activity and web traffic—a promising indication that markets are beginning to recover.

The latest data in Duetto’s Pulse Report for February 2021 continues to show promise compared to the final months of 2020. While net new bookings remain significantly behind pre-pandemic levels across the region, there is solid momentum and encouraging signs of continued improvement to come.

Duetto noted an increase in new bookings made in February 2021 for stays throughout the calendar year compared to bookings made in January 2021, most likely due to a shift in mindset as consumer confidence is boosted as a result of vaccination rollouts and dropping COVID cases. Additionally, February 2021’s net pick up (up 51 percent vs. the prior month) benefited from the long Valentine’s Day and Presidents’ Day weekends, with STR reporting those dates saw the highest occupancy of the past 18 weeks indexed against 2019 levels. Encouragingly, new bookings for March, April, and May are also continuing on the right path, with increases of 227 percent, 156 percent, and 124 percent, respectively.

The booking pace continues to remain low, with business on the books as of the end of February 2021 for March, April, and May at -52 percent, -55 percent, and -59 percent, respectively. While this is a slight improvement compared to prior months, the outlook will become clearer as the year progresses and the number of vaccinated people increases.

In terms of web traffic, the upward trajectory continues across the region for all of 2021, which indicates that confidence and appetite for traveling are growing once again. April, in particular, is looking healthy in terms of web shopping, with searches up an impressive 235 percent compared to shopping in January 2021 for the same month. This is potentially due to the fact that the Easter holiday falls on April 4 this year.

Latin America also saw positive growth with a 120 percent increase in net new bookings for February and a strong increase of 204 percent for March, compared to bookings made in January 2021. This is promising and reflects the demand for resort stays from North American consumers, despite the U.S. CDC’s January order requiring negative COVID-19 test results to return to the United States.

In terms of pace, Latin America’s deficit compared to the same time last year continues to show an expected shortfall for February (-55 percent), March (-47 percent), and April (-33 percent). Similar to last month, this pace deficit is almost entirely concentrated in the next three months, showing how critical short-term bookings are.

Looking at web traffic, Duetto noted that despite the uptick in net new bookings in the short term, web traffic for February declined by -27 percent. March, April, and May grew by 12 percent, 13 percent, and 10 percent, respectively.

“Net new bookings in the U.S. show a continued shift in mindset. People are eager to travel, and their confidence is growing,” commented Hannah Weller Barrise, director of hospitality solutions for the Americas. “While compared to prior years, bookings remain down, but month-over-month trends show promising momentum. Bookings for March, April, and May stays all more than doubled compared to the prior month, and we expect this trend to continue throughout the spring.”