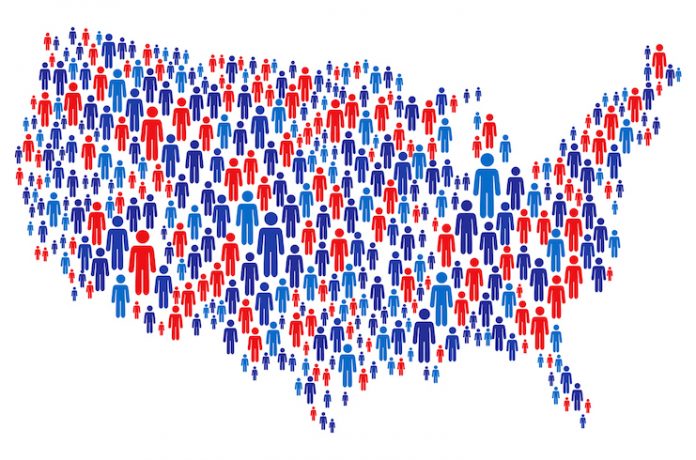 The initially chaotic United States pandemic response made one thing clear: When it comes to managing a nationwide public health crisis through legislation and mandates, not all states are on the same page. This reality is mainly due to differences in populations and politics in general and, as it pertains to the hotel industry, the difference in the types of lodgings they offer, explain two heads of state hotel associations and two former association executives who are now industry consultants. Yet, as states establish their own individual guidelines and mandates—including those related to opening businesses and dictating occupancy limits—the need for advocacy and collaboration at both state and national levels has become ever more apparent.

These industry experts note that there have always been issues that call for cooperation between state and national associations like the American Hotel & Lodging Association (AHLA), but say that state associations are, by design, more focused on state and local matters. As Back 9 Consultant Pam Inman reminds, “It’s important to know that the local and state associations were created as a result of state legislation that affected the hotel industry, just as the AHLA was created for that reason on a national level.”

Inman and her Back 9 Consultants partner Trisha Pugal—both of whom have extensive lodging industry association background in their respective states of Tennessee and Wisconsin—see the main role of state associations to be protecting their industry at the state level, mainly by being its eyes and ears and to serve as a communication hub.

As states establish their own individual guidelines and mandates—including those related to opening businesses and dictating occupancy limits—the need for advocacy and collaboration at both state and national levels has become ever more apparent.

Pugal explains that because the state associations have “boots on the ground” and “ears connected” based on their relationships with state legislators, administrations, and key agencies, they are able to monitor all of the actions that relate to or impact the industry. This, she says, has been invaluable during the pandemic, because nearly all restrictions and mandates related to COVID-19 are at the state or local level. She describes a kind of ecosystem, “The associations were the ones that dissected and analyzed all the new orders and regulations and compared them to the ones that were already in place. They were also the ones communicating with policymakers to make them aware of how the industry was impacted, and then with the industry, so properties could have the information they needed to plan so they could be in compliance. So, pulling it all together, the state association serves as the primary hub to all components and facets of the lodging and tourism industry and policymakers, connecting local levels, state levels, and then communicating with the national level.”

Lynn Mohrfeld, president and CEO of the California Hotel & Lodging Association (CHLA) differentiates the roles of state affiliates of the AHLA—of which there are 40—from the national organization this way. “AHLA is a federal organization that advocates on a federal basis, while we’re at the state level, where state issues tend to boil up and become either other state issues or national issues.” This, he says, enables them to support one another from their different vantage points. “We can provide information to AHLA on what’s going on in our own states, while AHLA can tell us what’s going on at federal level that will impact things we do here.”

As fellow blue-state association heads who share many of the same issues, Mohrfeld and Michael Jacobson, president and CEO of the Illinois Hotel & Lodging Association (IHLA), have formed a strong partnership with one another as well as the AHLA. Jacobson describes what he considers to be the main advantage for state associations in collaborating with the national organization. “AHLA brings us incredible value in terms of pure advocacy—they have the reach and revenue to directly lobby the federal government, with a lot of dedicated expertise and staff to focus on specific advocacy efforts, even in individual states. They have the highest level of relationships within the C-suites of all the major hotel brands, ownership entities, and management companies—relationships we don’t have in states.” As for what the national organization gets in return, he says, “They depend on the state associations to engage their boots on the ground to support their federal issues, to lead the state and local advocacy efforts.”

Both Jacobson and Mohrfeld are concerned about meetings business, which remains forbidden entirely in California since the beginning of the pandemic and is now capped at 50 attendees in Illinois—all while other blue states such as New York and Colorado are increasing their limits.

“We know we can safely and responsibly resume larger meetings with proper protocols, but making that case has been extremely hard,” says Jacobson, who describes an issue he was able to resolve in his state by reaching out to AHLA. Jacobson says he found himself stymied by his state’s refusal to place hotel workers in the 1C category to receive the COVID-19 vaccine, which he considers to be crucial to this endeavor. Upon learning that the state of Illinois had based its denial on CDC definitions, Jacobson reached out to the AHLA, which, using its CDC contacts, was able to successfully lobby to have hotel workers included in the IC category, after which his state did the same.

According to all, the International Society of Hotel Associations (ISHA) of which most state associations are members, picks up some of the slack in terms of supporting state-to-state collaboration. “It’s a more informal avenue through which state association executives can share best practices, have educational conferences, and network with one another,” says Mohrfeld. “Because there’s no competition between states, we’re more in help and assistance mode than anything else,” he adds, mentioning an economic recovery plan for the hotel and restaurant industry shared by his counterpart in North Carolina. “This enabled us to compare it with ours and advocate for something similar in our own state.”

The next few months are sure to be challenging for hoteliers and the industry starts to recovery from the pandemic. Pugal adds that hoteliers looking to get involved with their state association should ensure they are members and volunteer to serve on a committee or board or contribute their thoughts to ongoing discussions and initiatives. “It not only strengthens the association, but it helps that hotelier’s voice to be heard by people who have the power to make real changes. It’s much easier to be impactful for your industry than you think it is.”

Inman concurs, adding, “It also helps make sure hoteliers know what’s going on in the industry and what issues are most pressing. The information goes both ways, and both parties benefit from that communication.”