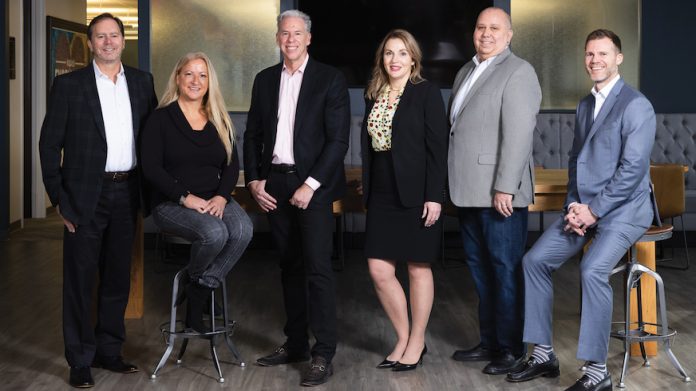 Robert Cole, CEO and president of Hospitality Ventures Management Group (HVMG), was born to be a hotelier—literally. His parents had already opened their first property in Rochester, New York, when he came along. Yet, as he told LODGING, starting with all he came to love about the life of a hotelier in a family business, he has nonetheless forged his own place in the industry as the founder and head of a company that recently marked its 20th anniversary. Cole’s parents became what might be called “serial motel owners” after getting the hospitality bug. “They weren’t multi-property operators. They would purchase, operate, and sell one property, then move to the next one.” This, he says, meant the family moved, too, from Rochester, to Albany, New York, to Maryland, and Florida.

Apparently, being saddled with the typical hotel owners’ kid chores—cleaning rooms and the pool and cutting the grass—didn’t turn Cole off to the hospitality life. In fact, he signed up for more of the same, majoring in hotel administration at the University of New Hampshire.

During college and after, he learned other sides of the business at a string of hotels: working the night audit and the front desk between classes, then, after college, as an assistant manager at a resort in the White Mountains, and then general manager at a Holiday Inn in Kentucky.

Cole diverged from his parents’ path most definitively when he formed the first of his three companies, Impac Hotel Group, which grew from one property to 55 during the 1990s before managing Servico in 1998 to form Lodgian with a portfolio of 143 properties. Then, in 2001, Cole started HVMG with a single Fairfield Inn in Portland, Maine; by 2015, it had grown to 43 properties. Today, the company has 56 hotels in its portfolio, a little more than half of which are full service; the rest are select service.

Cole claims “the short answer” to why HVMG had its best year on record in 2021—when it added 16 of those properties—while so many companies struggled is rooted in its purpose, something he and his senior management delved into several years ago during a strategic planning session, “After several hours of collaboration, we settled on what we determined to be our reason for existing—to be excellent in all we value and all we do, so our associates, guests, and partners love us.”

What this boils down to, he says, is placing a high value on talent and relationships, which in turn drive performance. “It was our talent and focus on relationships that enabled us to stand during those trying times,” he comments.

And stand out they did. “Our portfolio overall outperformed the industry by more than 400 basis points, and its full-service hotels outperformed the rest of the industry by 600 basis points,” he notes. Cole says HVMG actually added 25 new hotels through takeover or acquisition, but nine of those, “we worked ourselves up selling those properties.” Cole hastens to clarify that his company’s “be excellent” motto is most of all a mindset, a common thread throughout the organization. “The goal isn’t so much to be perfect—we all make mistakes—but to wake up every morning and say, ‘I’m going to strive to be excellent.’”

He says the company’s approach to growth and success is grounded in its “be excellent” culture. “We hire and train to that culture. It’s important that all of our leaders—not just on the corporate team, but the GMs and all of our hotel department heads—truly embrace that mindset.”

Beyond this culture is the company’s “secret sauce,” which is hardly a secret: “It’s how you execute,” Cole notes. HVMG’s by-the-book execution is laid out literally in tailored “playbooks” that the team creates for each property. “Of course, there are normal standardized processes and procedures to be executed and implemented at every hotel, but we also create individual playbooks for each transaction that include a set of strategies that are customized depending on the needs of the asset and updated weekly to be sure we’re on track.”

Cole sees his company as it is now as right-sided. “We’re big enough to offer all the systems, infrastructure, and resources that companies many times our size can offer, yet we’re small enough where relationships matter, so we can provide personalized, customized service, giving owners access to senior management.” However, he is quick to mention, growth is important not just to him personally but also to the overall health and wellbeing of the company and its employees. “I’m a deal guy at heart, so I enjoy handling transactions, but beyond that, people like working for a growing company where there are promotion or relocation opportunities if they produce and do well. So, we don’t grow just to try to create a bigger company. We also grow knowing that it allows us to bring on additional resources and to attract top talent.”

As Cole sees it, even with its challenges—which were on full display during the three downturns he’s weathered as well as the pandemic—the life he was born into still suits him just fine. “It’s truly one of the few industries that allow you to work with so many different facets. There are the people—our associates, guests, brands, owners, investors, communities, and other stakeholders—but there is also the work with data, real estate, and so much more.” What these multifaceted aspects mean to him is a work-life that is anything but boring. “Every single day offers a new challenge, a new opportunity—whether it’s for problem-solving or recognizing your star performers, or whatever it might be. It’s most of all the variety that drives me. That and my DNA; it’s in my genes to love this business, just as my parents did.”

The COVID-19 pandemic was not the first major downturn HVMG President and CEO Robert Cole had to navigate and lead through, but he says its very suddenness and severity forced him and his industry peers to make difficult decisions. “In a matter of just seven days, we went from a company with 3,000 employees to just under 500.”

Cole reflects back on how the team responded during these uncertain times. “Like a lot of companies, we didn’t know where the bottom would be and how long it would take to recover and stabilize, so we briefly tried our hand at REO and receivership deals.” However, he says, they realized they just “couldn’t be everything to everyone” and went back to what they built their company on: relationships. “We decided to focus on acquisition activity and working with owners on sourcing deals for them if, for example, they need an operator or wanted to buy a hotel.”

He says what he learned at this time mostly underscored what he already knew—“The true takeaway that got reinforced was this: We do real estate deals and we do transactions, but at the end of the day, what we do is truly about the people, so everything must be centered and grounded in how we can better support that talent.” Knowing this, Cole says, his own job is easy. “I just need to surround myself with talented, hardworking people, set mutually agreed-upon goals to which they are accountable, and then give them the autonomy to do what they do best.”