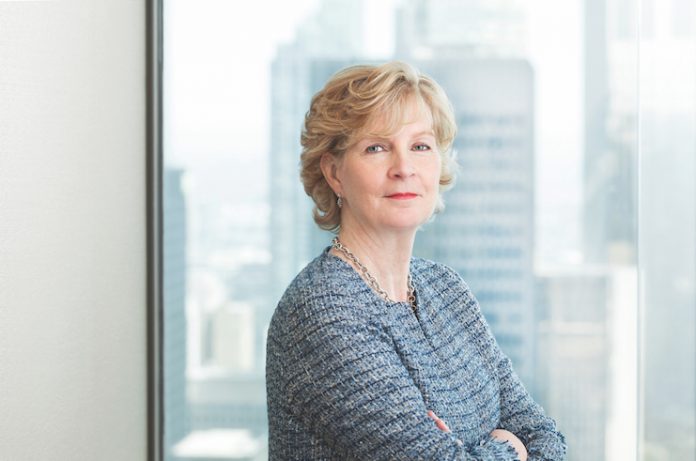 Heather McCrory tells a familiar story. For the chief executive officer of Accor North and Central America, it was love at first sight—a Fairmont laundry department—while working on her summer college co-op program at Canadian Pacific Hotels (CPH). CPH went on to create Fairmont Hotels and later evolved into a company called FRHI Hotels and Resorts, which was acquired by Accor in 2016. Describing the career path that led her from that entry position and up through the ranks to her current position, she describes, “Even then, I knew [hospitality] was the business for me. It’s dynamic and ever-changing. But it’s most of all the people—both guests and colleagues, many of whom have become good friends—that have kept me engaged for these 37 years.”

Like many who worked their way up in the business, McCrory’s professional journey included both time in the field and at the corporate office. Although she did earn an MBA at Queen’s University along the way, she says her on-the-job experience was her real management training program. She had already spent over 30 years with FRHI Hotels and Resorts when she was tapped to become Accor’s executive vice president of operations, North & Central America, after the company was acquired by Accor in 2016. By then, she had progressed from regional director of sales and marketing at The Fairmont Banff Springs, to VP of sales and distribution at Fairmont Hotels & Resorts, to regional vice president & general manager of The Fairmont Royal York to SVP of operations, FRHI Hotels & Resorts, North & Central America.

“We all need people who know and support us, who push us outside our comfort zone and help us with our blind spots, people we can go to ask questions we’d prefer not to ask publicly.”

McCrory discusses three particular changes in the industry in recent years. “We’ve gone from the owner-operator model to one that is more asset-light, with owners and third-party asset managers.” She notes, too, the proliferation of brands in response to the variety of options today’s guest are seeking. “The number of brands has grown exponentially, especially over the last 10 years. Accor has 13 active brands in North America and 38 globally.” She points out that because brand survival depends on differentiation and value, not all brands are meant to be everywhere. “Some brands are regional in that they meet the needs of a particular market, while approximately 15 to 20 of the brands within the Accor portfolio are portable globally—that is, they meet the needs of multiple markets.” The third major change McCrory mentions stems from the current labor shortage due to the low unemployment rate and the relative ease with which people can move from one sector to another. “Competition for talent is becoming increasingly challenging, and we have to stay ahead of it to fill all our levels of employment. It seems we’re all looking at the same people; because everyone is cross-functional; they can move from one industry to another.”

McCrory, who says she’s had some “phenomenal mentors”—many of whom remain trusted advisors and sounding boards—believes these relationships work best when they form naturally—“when two people just click”—not as a result of organized programs. “We all need people who know and support us, who push us outside our comfort zone and help us with our blind spots, people we can go to ask questions we’d prefer not to ask publicly,” she maintains.

Three years with Accor, which acquired FRHI Hotels & Resorts, where she spent the previous 30+ years

Great light in the bathroom

WHAT SHE NEVER LEAVES THE HOUSE WITHOUT

Although McCrory says she does not favor women over men, she does believe women need a leg up in terms of confidence in themselves and support for the career decisions they make, and is actively involved in efforts to increase their numbers in the C-suite. “Women in particular will face challenges concerning decisions about whether to have a family and how it impacts their ability to move forward in their career. Their career should be challenging as well as enjoyable without their having to make too many sacrifices. They need to look into their own heart to decide what makes sense for them and not be swayed by everyone else’s opinion,” she says.

However, she says, Accor provides real support for women with the talent and desire to rise in the industry. Its efforts to support diversity and inclusion began with the creation of WAAG (Women at Accor Generation), an international network that was relaunched at the end of 2018 as RiiSE for which she serves as the executive sponsor for the North & Central American region. Although it is open to both men and women, she explains, RiiSE is focused on the promotion of female talent to positions of responsibility, and on combatting all forms of discrimination. “Research shows women need a different skillset than men because of the unique issues they face. At our second annual meeting called Women on the Rise Forum, we are bringing forward women who show talent in an effort to foster and grow their numbers over the next three to five years. It will gather the top 100 young women in the region with the potential to become general managers or senior leaders for professional and personal development, inspiration, motivation, and networking. Our goal is to get to at least 35 percent female GMs in our hotels by 2020, but I would really like to get to 50 percent. The reality is that women bring a different perspective, so having more women in management adds value, including to the bottom line.”