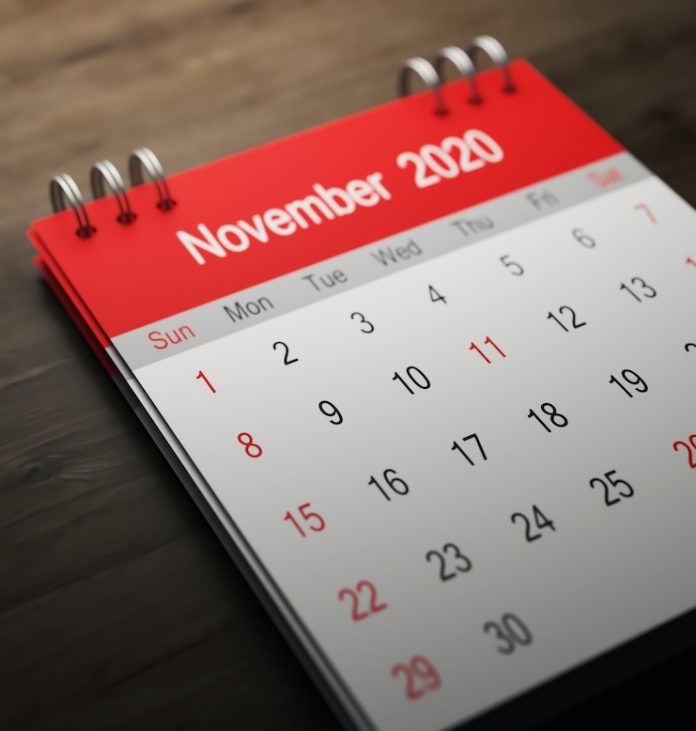 BROOMFIELD, Colorado — In November, U.S. hotel profitability fell back to levels seen during earlier months of the pandemic and year-over-year declines worsened from the previous month, according to STR’s monthly P&L data release.

In a year-over-year (YOY) comparison with November 2019, the industry reported a 97.5 percent decline in gross operating profit per available room (GOPPAR) to $2.13—down from $12.69 in October 2020 and the lowest monthly GOPPAR recorded since June’s level of -$5.89.

“Profitability data fell in line with the November performance metrics we released earlier this month, as U.S. demand and occupancy fell to their lowest levels since May ahead of the Thanksgiving holiday,” said Raquel Ortiz, assistant director of financial performance at STR. “As a result, labor costs were cut roughly 48 percent to adjust to reduced demand levels.

“In recent months, profitability was gaining traction, but due to rising COVID-19 cases and another round of economic closures, levels have since backpedaled,” Ortiz continued. “With GOPPAR down 83 percent and EBITDA down more than 100 percent through the first 11 months of the year, we can expect nearly zero profit for 2020 in total. Seven of the major markets remain unprofitable at a GOP level, where we typically see 35-45 percent margins. New York and Chicago have consistently shown an oversized impact on profits compared with other markets, likely due to higher labor and fixed costs. Additionally, full-service GOPPAR in the top markets has dropped from 100 dollars in 2019 to just 12 dollars thus far in 2020.” 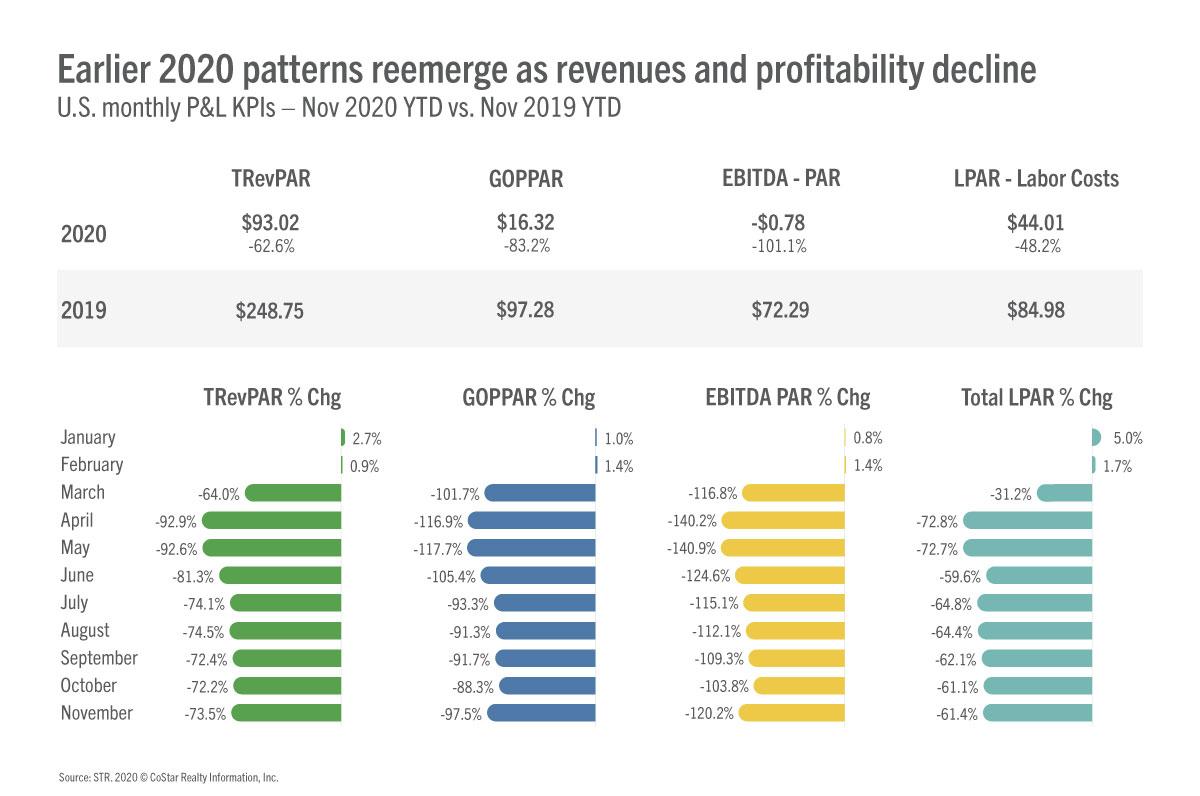 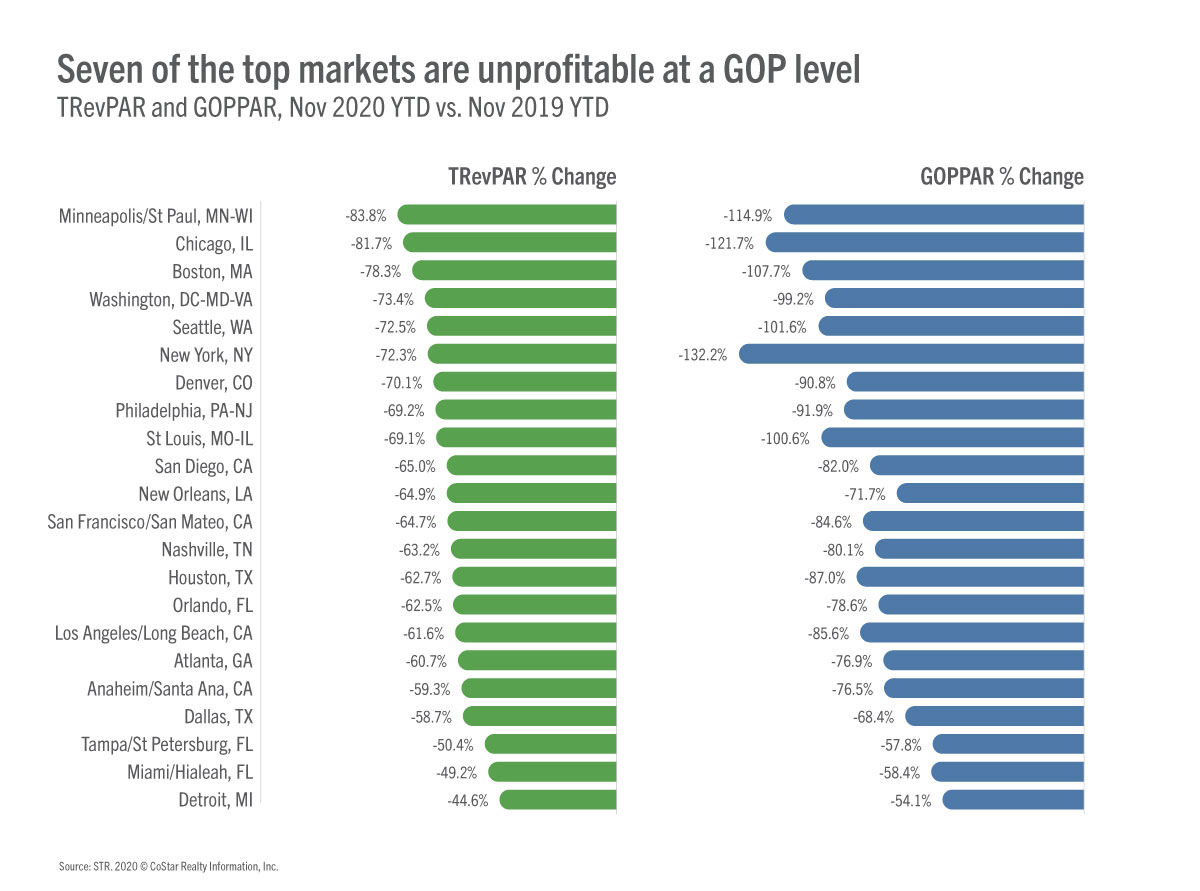