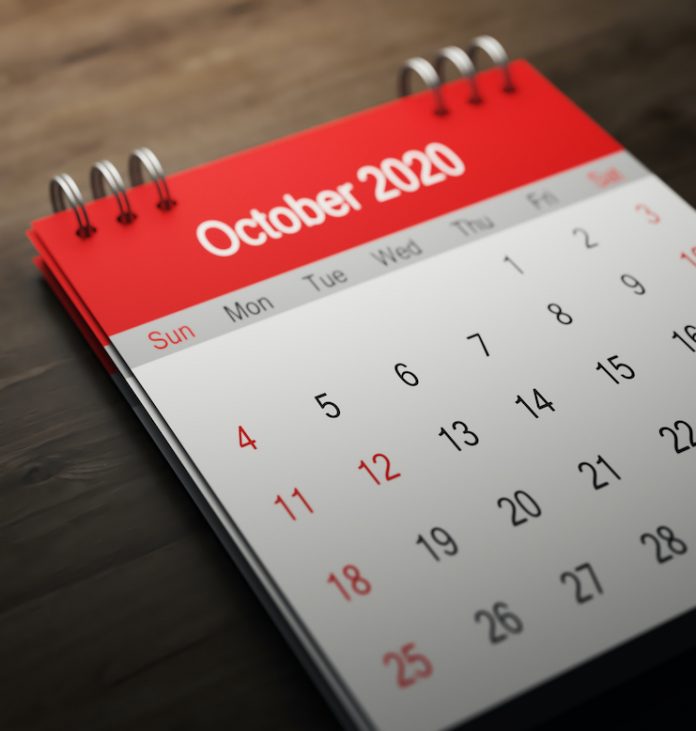 “There were positives in the profitability data even as occupancy flattened and the extension of the summer leisure lift came to an end,” said Audrey Kallman, operations analyst at STR. “GOP margin increased six percentage points from September, and certain location types reported encouraging data—GOPPAR for airport hotels was nearly three times higher than the previous month, and interstate properties drew close to pre-pandemic levels.

“On the negative side, a lack of group business continued to stand out with upper-upscale hotels showing the lowest GOPPAR among the classes,” Kallman continued. “October is usually a strong month for conferences and events, but without those significant demand generators, GOPPAR for upper-upscale properties came in more than $100 lower than this time last year.” 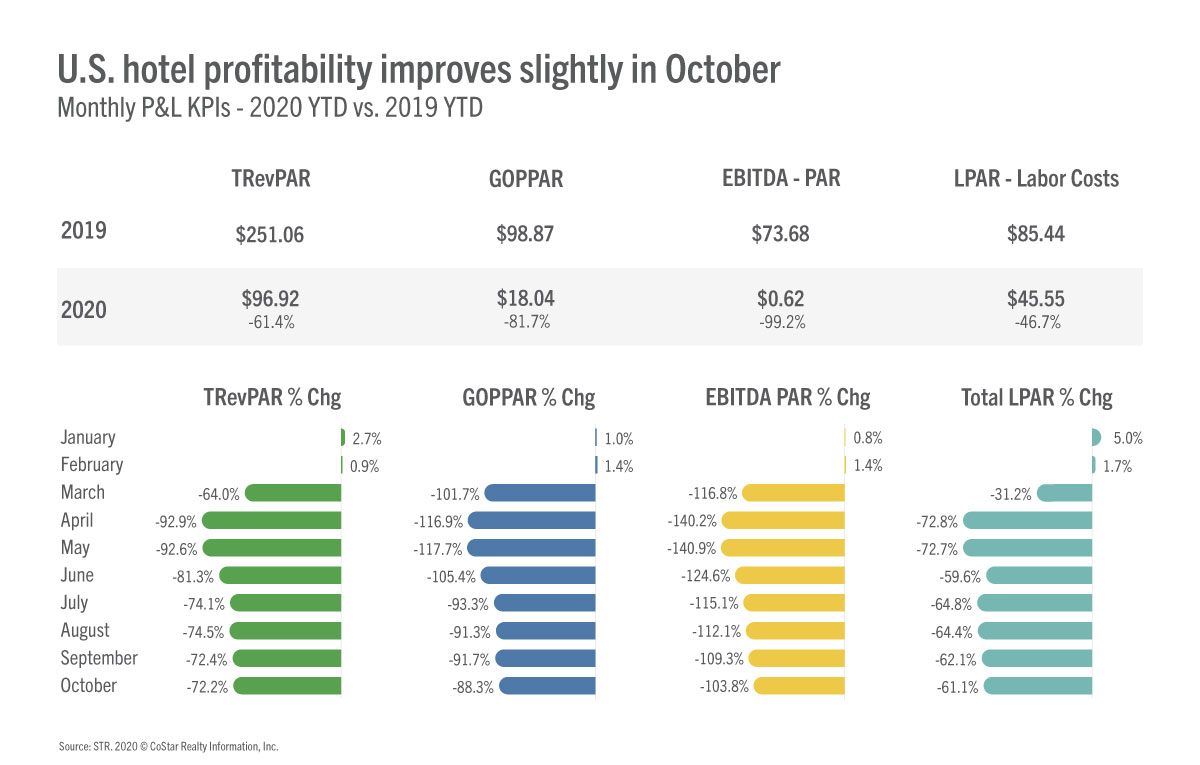 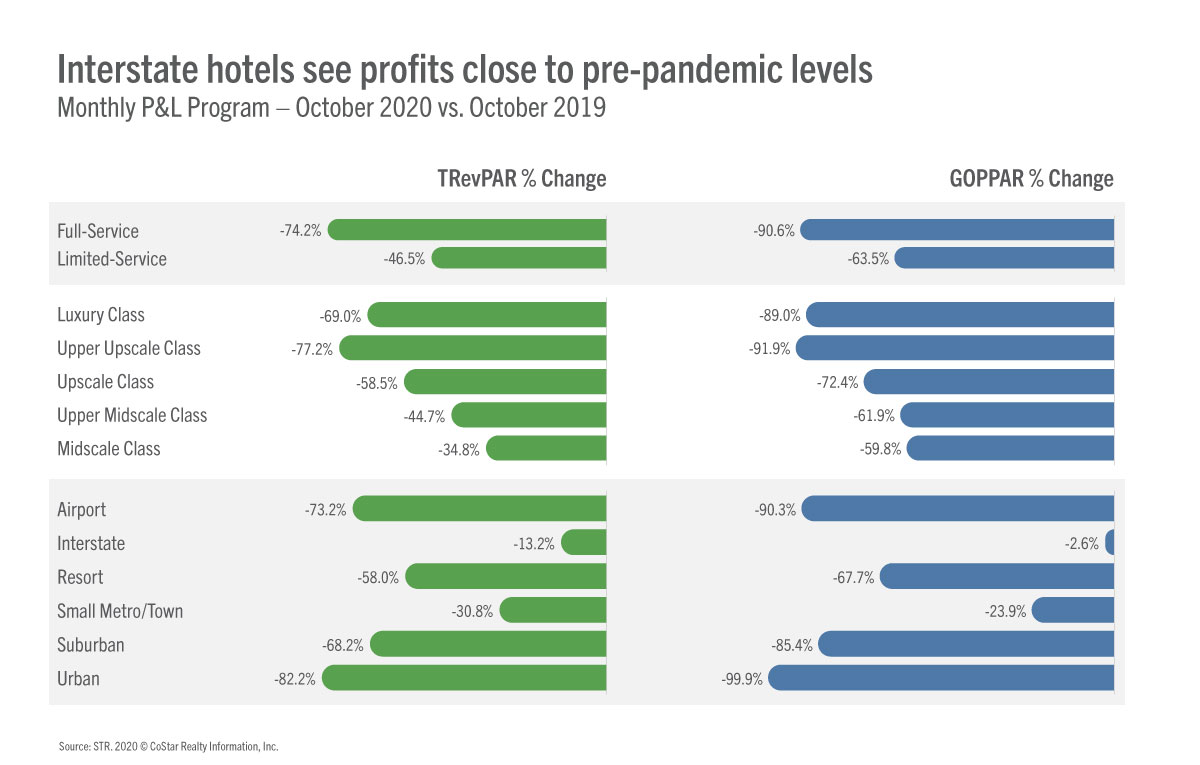