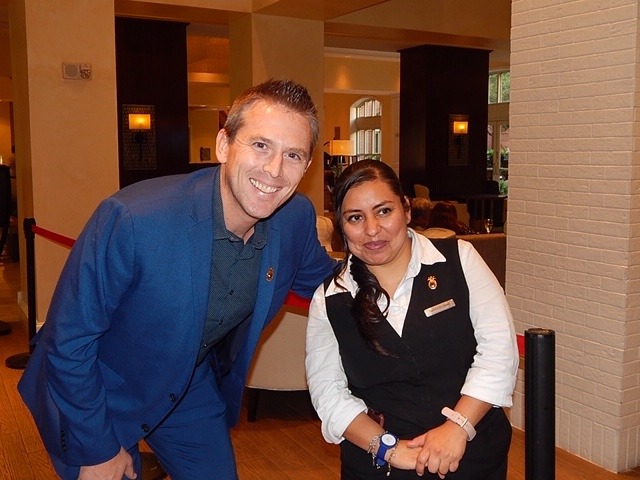 Asked about his company’s involvement with the American Hotel & Lodging Association (AHLA)’s apprenticeship program, Remington president and CEO Sloan Dean mentions that a problem with turnover at the mid-manager level at his company became apparent in 2018. Seeking an explanation, he says, “We began looking at ways to draw down turnover and to also help with career pathing, because the feedback from the field—for example, mid-level and first-time managers—was ‘Hey I’m a front office manager and I want to be a general manager, but I can’t jump the canyon. I don’t know how to get there.’”

The apprenticeship program AHLA developed with the federal department of labor enables first-time managers to acquire a series of certifications and training that can help them on the path towards being a general manager. Upon learning about it, Dean, who recently became an AHLA Board member, thought it was just what his company needed. “This was a way to show a clear career path for our-mid managers, who are often our bench talent, as well as our up and comers; we have to develop or lose them.” He says feedback from the first class of attendees—which includes two who were already promoted—was “overwhelmingly positive.”

Dean maintains, “If you want to be a best-in-class employer, you have to always invest in your people,” and believes those who balk at the price of employee development programs are penny wise and pound foolish. He underscores this point with this often-repeated joke: A company CFO turns to the CEO and says, “What if we spend all this money training our people and they leave us?” To which the CEO, replies, “What if we don’t spend any money developing them and they stay?”

Although the AHLA apprenticeship program is Remington’s highest-profile employee development program, Dean says there are others available to aid the advancement of a broader range of associates. “We realize not everyone wants to be a GM, so we have multiple programs—including a free English as a second language app and soft skills classes offered through the learning management system—to develop our associates, whatever their aspirations.”

Dean considers investing in employees a best practice, whether they go or stay. “Employee development programs establish us as a best-in-class employer and talent magnet. We wish those who leave well, believing they’ll become ambassadors for Remington, and, who knows, they may one day return as, say, regional vice president of operations or COO.”

Brands LODGING Staff - January 28, 2022
DALLAS—During the winter months, many U.S. travelers look to make the most of the snow and cooler temps by skiing and snowboarding in cities...

Amenities LODGING Staff - January 28, 2022
When it comes to travel, accommodations for the whole family, pets included, have their perks. Nearly 23 million U.S. households welcomed pets into their...

Brands LODGING Staff - January 28, 2022
The bar counter can be found worldwide and while each one differs by design, locale, menu, and culture, its purpose is universal—the easy flow...