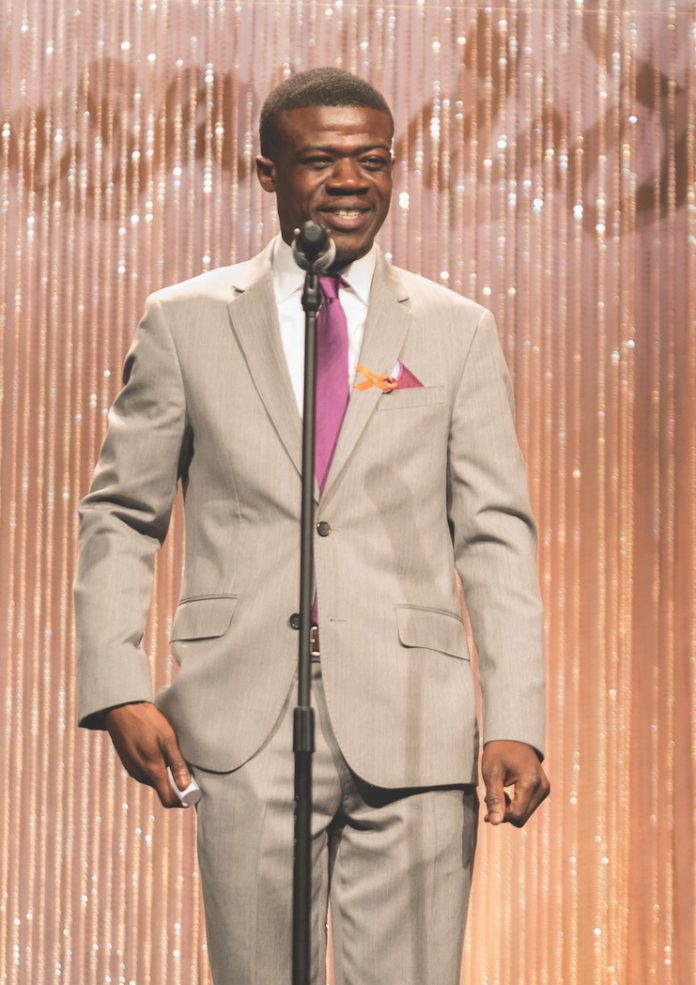 Many of the 40 young men attending the three-week job skills workshop conducted by Baltimore’s Center for Urban Families were there mainly as a condition of parole. That was not the case, however, for Tevin Barnes. The then-floundering 27-year-old father of two young sons was truly open to a life-altering opportunity both for himself and his family. As he and Noreen Hiltz, human resources director at the Royal Sonesta Harbor Court in Baltimore, told LODGING, this intensive training, which is part of AHLA’s Empowering Youth Program, has dramatically changed his outlook and career trajectory, making the point that labor-challenged hoteliers would do well to explore candidates they might otherwise overlook, candidates who need and deserve a second chance.

Life for Barnes got off to a rough start. He never knew his father, his mother died when he was 14, after which he was bounced around the foster care system and fathered two children. It might be said that the legal troubles that brought him to Baltimore’s Center for Urban Families’ hospitality program were a blessing in disguise. Not that the program was easy. “To graduate, we had to complete 15 days of training, but they guaranteed a job to those of us who put in the time and effort. I saw it not just as a way to get a job but to keep it, a way to get into what I saw as the right way to live—going to a regular job, paying bills, paying taxes,” Barnes describes.

After being one of only 15 who completed the course, he was hired by Royal Sonesta last July. It quickly became apparent to both Royal Sonesta leadership and Barnes himself that they had a fit. “I started as a busser, then cross-trained to be a room service attendant and banquet server, then a regular server. Right now, I’m also a rookie bartender.” There’s little doubt that he’s the right “type” when he talks about the pleasure he takes in his interaction with guests. “Whether I’m bussing tables or serving people drinks, I try to make them want to come back. I like to make them laugh, and I love hearing all their different accents.”

“People don’t have to continue a bad cycle, and they can create the family they want. I see I can rise in the hospitality industry, and I can show my boys anything can happen if you work hard.”

Hiltz has had ample opportunity to see Barnes blossom in the job. “When he came in the door for the interview, he was not just looking for a job—he was looking for a career, a purpose, a reason to get up every day, the pride of being able to support his family, and be a great role model to his boys.” She says due to the industry’s high turnover rate, it’s especially important to spot candidates open to a long-term opportunity. “It’s hard to find extraordinary people like Tevin, so we need to be more open-minded, to see beyond their current qualifications to their potential. Many of the people coming out of the Empowering Youth program want more than a job; they are pursuing a dream. We need to understand that by making an investment, we can have a dedicated, loyal employee who has the potential to be a leader, one with an inspiring story that can inspire and uplift other entry-level employees.”

Hiltz notes that Barnes is appreciated by his peers, as well as the many guests who post and otherwise share positive comments about him. This became apparent when his peers selected him to attend Royal Sonesta’s General Manager’s Club in October.

Modesty aside, Barnes recognizes that he is a role model, not just for his children, but for others who got off to a bad start or need a second chance for other reasons. “People don’t have to continue a bad cycle, and they can create the family they want. I see I can rise in the hospitality industry, and I can show my boys anything can happen if you work hard.”

Hiltz reminds that not all job training programs are created equal. “Knowing that AHLA researched these programs made it easier for us to become involved. We hired three from the program within a month, and all have been extraordinary hires, proving that when the right company with the right attitude works with these programs, they can get extraordinary candidates like Tevin.”