When influencer Andrew Glatt stayed at the Viceroy Chicago in November, neither the hotel’s Tesla Model X house car, its sprawling rooftop lounge, nor its complimentary shoeshine service ever appeared in his Instagram post. Instead, Glatt posted 10 pictures of dogs.

And Viceroy Hotels was perfectly fine with that. In fact, that’s exactly what the company signed up for when they allowed Glatt to stay with them in exchange for some social media exposure.

Launched in 2019, Viceroy’s Influencer for Good is an initiative designed to divert attention away from Viceroy’s luxurious amenities and toward the charities and non-profits operating close by. Rather than trade free rooms for publicity, Viceroy wants social influencers to put their time to better use by volunteering during their stays and posting about it. 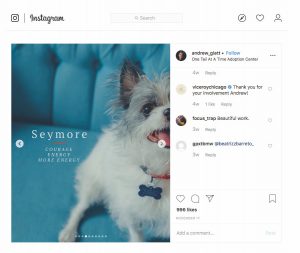 Viceroy CEO Bill Walshe says this altruistic quid pro quo is consistent with the company’s beliefs. “Influencers are a single component of an overall communication opportunity we have as a brand. Influencers fall into what I call the ‘how’ of what we do,” he says. “They are a channel that we communicate through, partners we work through in order to activate a particular message.”

He adds, “The ‘why’ is driven very much by Viceroy’s ideology, which is really the cultural lens of our organization. It’s how we articulate why we do what we do. The purpose of hospitality as we view it is that we are human beings that make other people happy. We are here to help create memories to last a lifetime. The industry we are part of helps make the world a better place. We see people, we educate people, we contribute to local economies, we’re doing our bit to help development occur in a way that protects the environment and the future of the planet. What does a social influencer have to do with any of that?”

Social influencers help Viceroy and other hotels reach a specific audience, and Walshe wants that message to be about more than just “sipping mojitos in infinity pools.” Instead, he wants to “focus on delivering positive messages connected to the destinations in which we operate, not on the attributes of our hotels.”

Viceroy fields upwards of 500 requests from influencers looking for freebies each week, so the company has gotten serious about screening them.

The company has already forged partnerships with charitable and non-profit organizations in markets near some of Viceroy’s 15 properties around the world, including the Aspen Center for Environmental Studies (Viceroy Snowmass), St. Anthony Foundation (Hotel Zelos San Francisco), Soup Kitchen Saint Lucia (Viceroy Sugar Beach), and One Tail at a Time (Viceroy Chicago). If an influencer is passionate about their own issue, Viceroy is all ears. Ultimately, the company is looking to promote organizations that help people, animals, or the environment.

Viceroy fields upwards of 500 requests from social influencers looking for freebies each week, so the company has gotten serious about screening them. When approached with the idea of spending part of their vacation doing charity work, many influencers are actually enthusiastic about the idea of volunteering time, and immediately start to pitch ideas. “That’s when we know they’re real,” Walshe says. Those who are less energetic are typically not considered.

A believer in putting pride over profit, Walshe refers to himself as the Chief Pride Officer at Viceroy and preaches the importance of pride in any business. “If we make people proud, great things happen,” he says.

“What this program does is create an opportunity for our colleagues to tap into that opportunity to make others feel proud, and to make themselves feel proud, too. Through the luxuriousness and magnificence of the Viceroy resort they are based in, they can not only make a guest feel happy, but they can also make their community and the world better; and that’s a very positive feeling we are all looking for. It’s something people in hospitality feed off of.”

Charlestowne Hotels Integrates its Marketing Division Throughout its Portfolio