Located in the heart of the Nashville central business district (CBD), the Music City Center (MCC) is a $623 million convention center that opened in May 2013. In honor of the MCC’s fifth birthday, we leveraged STR data to conduct a pre- and post-MCC opening analysis to measure its impact on the CBD’s hotel performance. 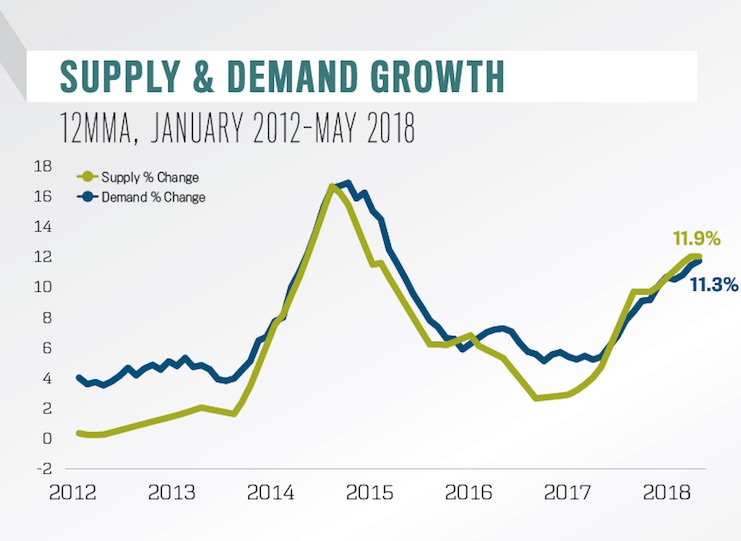 Nashville CBD hotels were already quite full prior to the opening of MCC, to the tune of 78.3 percent annual occupancy. Since then, absolute occupancy levels increased to 81.4 percent, which is the 19th-highest occupancy of all U.S. submarkets. Hoteliers certainly took notice of the strong fundamentals, growing average daily rate (ADR) from $142 to $221 during that time. The $79 increase in ADR is the fifth-highest of any of STR’s U.S. submarkets over this span.

As one would expect, strong occupancy and ADR growth equaled solid increases in revenue per available room, which jumped from $111 to $180 over the five-year period. This $69 increase in RevPAR was the second-most of any of the U.S. submarkets, behind only the Maui Area ($122). 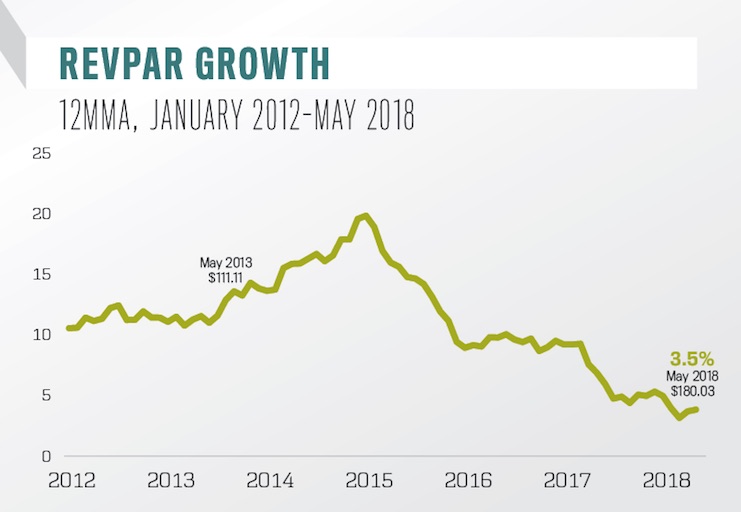 Since the 2008-09 recession, total U.S. transient-demand growth outpaced group-demand growth. In the case of Nashville CBD, however, we have seen the opposite. In the 12 months ending with May 2013, the segmentation mix was 56.9 percent transient and 39.3 percent group. After that, group share expanded to 42.4 percent, while transient shifted down to 56.1 percent.

It is clear that the MCC’s opening boosted overall Nashville CBD performance. Although harder to quantify, we should tip our hats and recognize other demand drivers as well. A few months prior to the opening of the MCC, the television show Nashville debuted, shining a national spotlight on the city. In February 2016, Condé Nast named Nashville one of the 10 best places for bachelor and bachelorette parties. Lastly, the city’s restaurant and rooftop bar scene has exploded. These combined factors led to a period of unprecedented growth, and Nashville should continue to be a very lucrative market in the years to come.

STR: Occupancy Down Slightly in Second Week of September