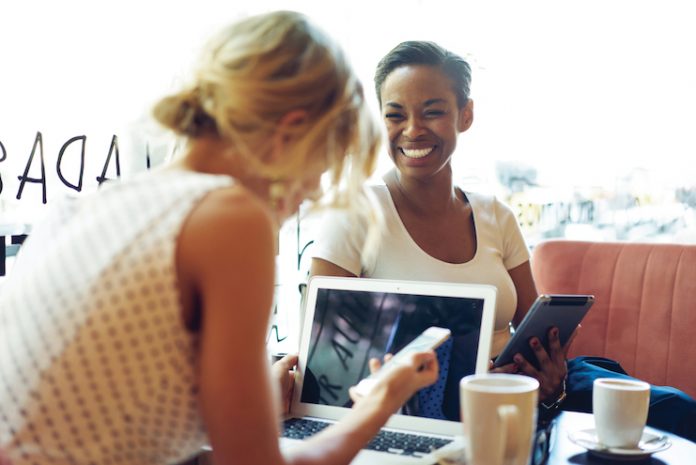 According to April Weatherly, director of telephony optimization and analytics for RLH Corporation, implementing the company’s BluIP artificial intelligence (AI) phone system required planning and commitment. However, as she told LODGING, once the time and technology were right, RLH Corporation went all in with the right partner, Armen Martirosyan, co-founder and CEO of BluIP.

Weatherly says the by using the BluIP AI technology, a virtual agent can be on the job 24/7 to field phone calls to the central reservation office using its database of automatic responses—which is continually updated—to answer the kind of simple questions that can tie up phone lines and on-site front desk agents unnecessarily.

“This system, which we have already embedded on 1-800-RED-LION in five hotels acts as an intermediary between our website and the central reservations office,” says Weatherly. In addition to providing callers with the information it already contains, she describes, it can collect and evaluate data and continue to grow the knowledge base of those first five properties now using it.

This use of voice technology, says Martirosyan, goes beyond call transfer to knowledge transfer. “We want to make it smarter over time based on the true guest interaction, so new data from actual calls is flagged and recorded. Knowledge gained from one conversation will automatically get transitioned to the next person. There is a full script with all the information from the caller, so when the call is transferred from a virtual to a live agent, that agent can see the transcript and be able to address the guest’s issue and work toward a solution immediately.”

“The market wasn’t ready for this when we first looked into it 10 years ago, but it’s ready now. We’re getting great data out of it; we’re getting great analytics, and as we move forward, it’s only going to get better.”

To illustrate, Weatherly recalls how one caller had a full conversation with the AI agent, apparently not aware that it was not human until she asked a question about the hotel that was not in the database. “When she asked whether the room had a refrigerator, I received an alert with the transcript. This allowed a live agent to answer her question and also add that information to the database.” In this way, explains Weatherly, “with every interaction, the robot becomes better, smarter; it becomes part of the guest’s history.”

Martirosyan says the unique structure of RLH Corporation’s organization made it easier to bring the technology in relative to brands with a significant amount of segregation. “With RLH Corporation, it’s one brand umbrella. Due to their very unique franchise approach, it’s easier for both guests and franchises to use new technology.” He says, too, that the company’s eagerness to make the most of the technology, to incorporate the many different aspects of the guest experience into the automatic responses, contributed to its success.

As Weatherly points out, it’s important to understand when and how to use AI. “What will the guests adopt it for? And what shouldn’t we use it for? We certainly shouldn’t be replacing the reservation team. For our guests to have a great experience, they can be quickly and seamlessly transitioned to a live agent in central reservations. From that perspective, what we’ve done is we’ve leveraged this technology to actually improve central reservation,” she says.

Martirosyan maintains that this kind of AI supports the customer service that is the hallmark of hospitality well done. “The front desk staff should be able to spend their time catering to guests onsite, not answering simple questions on the phone; but, at the same time, you don’t want the phone calls to go unanswered. The technology provides the instantaneous satisfaction that a guest is looking for.”

Weatherly says feedback from franchisees so far is decidedly positive. “They are excited that RLH Corporation is paving the way in bringing in this technology and partnering with companies with the same forward-thinking mindset. We plan to continue to roll it out across the board as a brand over the next few months, but it will take time before we have it in all 1,400 hotels in our portfolio.”

She restates that the time was right for RLH Corporation to adopt this technology. “The market wasn’t ready for this when we first looked into it 10 years ago, but it’s ready now. We love it. We’re getting great data out of it; we’re getting great analytics, and as we move forward, it’s only going to get better.”