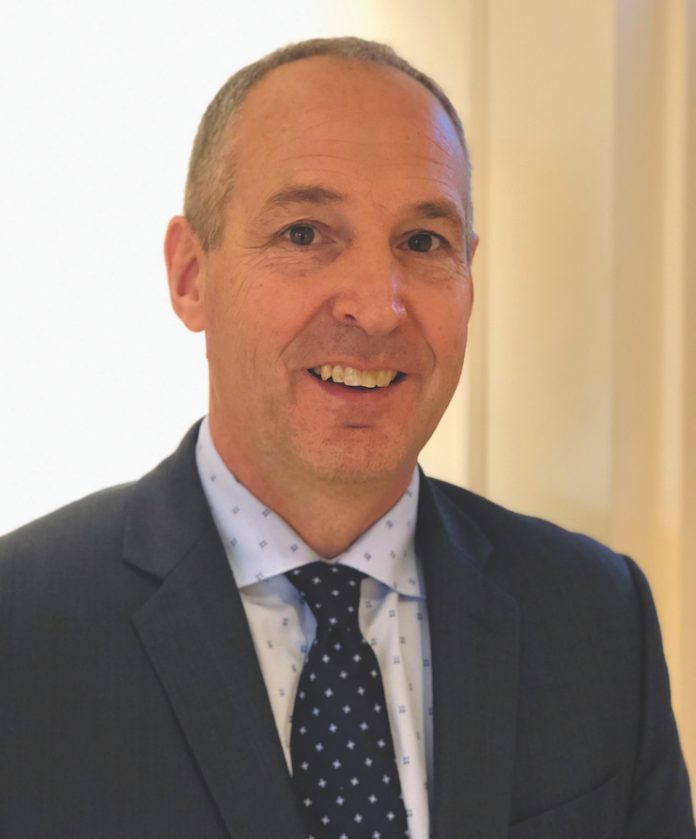 Looking back on 2020, Derek Grimaldi, CHA, general manager of The H Hotel, a Dolce by Wyndham Hotel in Midland, Mich., repeatedly stressed the pride he felt in his community and property stakeholders as they pulled together to adapt and simultaneously power through two once-in-a-century crises—a pandemic and flood—in ways that bode well for the future of the industry and the people in it. “Everything we did and the success we had wasn’t the result of any one person, but rather the collective efforts of everyone coming together and doing things we never had to do before.”

Grimaldi says the year began with nary a clue as to what lay ahead. “In January, we were in the midst of construction on a 5,000-square-foot renovation,” he notes.

Having worked in the industry for more than three decades, Grimaldi says news of the pandemic, the shutdowns, and the stay-at-home orders that followed were met with determined efforts to gather information and provide support amid the uncertainty. “As a hotel, we set out to understand what that impact would be on our stakeholders—including owners, management company, team members, guests, and the community where the hotel played a prominent role.”

He says the main directives that came from owners demonstrated their commitment to their people—team members and the surrounding community. “During the initial stages, our owners committed to paying all of our associates on property until we could figure out what the longer-term effects of COVID would be—which helped put their minds at ease and enabled us to look at some other areas where we could help out. A second directive centered around the people in our community, many of whom lost jobs due to stay-at-home orders. To help during the eight weeks until the government support opportunities went into effect, we worked with local organizations to provide meals to about 70 families—some 700-800 meals.”

As if the pandemic wasn’t enough to deal with, Grimaldi says their town of Midland got another once-in-a-century crisis in April, a storm that led to flooding. “Although we had not shut down before, we had to shut down for two weeks then—our entire first floor had taken on a foot of water,” explains Grimaldi.

Grimaldi says this crisis on top of a crisis prompted the hotel and its community to dig even deeper. “A great team and a great support network allowed us to make a difference at that time. We brought in refrigerated trucks so we could continue to feed people, using generators for power in our kitchen to provide light and power needed to prepare the food. Although there was little for our associates to do at the property, many volunteered to work with us to support the community programs we were involved with.”

Asked the status of his continuing commitment to a career in hospitality following the events of 2020, Grimaldi was resolute. “I think there are great things ahead, and I’m excited to be a part of it. Hotels will play a pivotal role in the recovery process and will be the center points of gatherings and celebrations of all kinds when we are finally able to reunite; and the other side of all this, we in the industry will be able to able to witness that in real-time.”