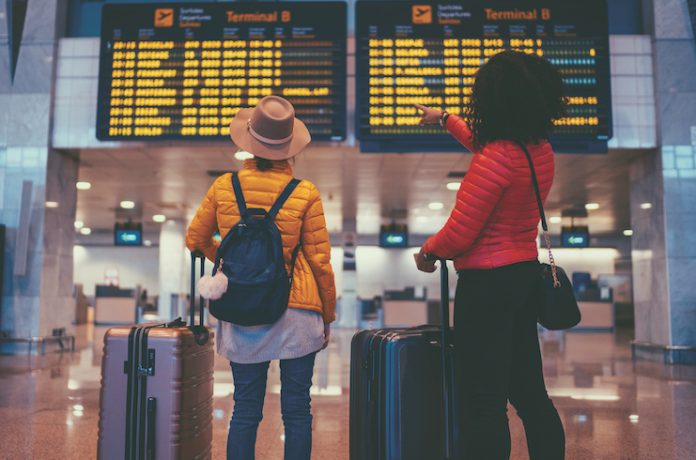 As transient hotel room demand slowly but surely builds toward a return to normal in the United States, academic calendars for both K-12 public school districts and institutions of higher learning can help forecast future travel patterns for millions of students and their families.

STR collects school calendar data annually and defines a break as at least four contiguous days with students out of session. The criteria include weekends, so a Friday and Monday vacation planned for a school system—around the Presidents’ Day holiday, for example—counts as a four-day break.

Having a handle on when students across the country are available to travel allows greater insight into both national and regional demand for hospitality and tourism. More students on break equates to greater demand during a given week or weekend. STR’s most recent weekly data also shows that the anticipation of a break can actually lead to a slip in demand the week prior. For example, fall breaks this year peaked from October 8-11 with 22 percent of students out of session, but in the preceding week of September 26-October 2, the United States recorded a 2.4 percent decrease in weekly demand after weeks of sustained growth. For the seven-day period ending with October 9, hotel demand was back up 3.5 percent to an eight-week high.

Due to the COVID-19 pandemic’s impact on 2020-21 academic scheduling, comparisons for the current school year will be made with the 2019-20 academic calendar. Comparisons are made on a weekday-match basis, as opposed to a date match. Quick insight into trends for the whole school year can be extracted by rolling each day of the academic year up into quartiles by the percentage of students on break on a given day.

On the other hand, the same quartiles in the K-12 arena have seen very little movement since the 2019-20 school year, which indicates that the vacation spread among school districts has remained consistent.

Digging into particular holidays and points of focus, however, we see that shifts have occurred in the K-12 landscape since the 2019-20 school year. And since we’re already a couple of months into the current school year, we looked ahead to the break periods that were still upcoming at the time of writing.

In the two years since 2019, Veterans Day shifted from a Monday to a Thursday, and a not-insignificant proportion of school districts plotted a four-day weekend around the holiday. Roughly 5.5 percent of K-12 students were expected to be on break from Thursday, November 11 through Sunday, November 14. For comparison, just 0.07 percent of students were on break during the matching period from 2019. These percentages may sound small but consider that with a total U.S. public school student population of approximately 51 million, this translates to an additional 2.85 million students (plus their families) who were available to travel this year compared with the same weekend of 2019.

Every K-12 district and college institution has the four-day period from Thanksgiving through the following Sunday out of session. This is always the case, without exception—and it’s also not uncommon for K-12 districts, in particular, to schedule a break for the full week of Thanksgiving. In the college universe, the proportion of students expected to be out of session from Saturday, November 20 through Tuesday, November 23 before Thanksgiving remained steady around the 22 percent mark. This percentage skyrockets to more than 75 percent of students out of session on Wednesday, November 24—the day prior to Thanksgiving. Again, that isn’t much of a change from the 2019 Thanksgiving period. In the K-12 world, however, we’re seeing a growing trend, with more than half of younger students expected be on break for the full Thanksgiving week (52.6 percent in 2021 versus 48.7 percent in 2019). Again, though this is seemingly a minor uptick, we’re talking about millions of extra people being freed up to travel several days before the actual holiday.

The story so far has been that K-12 schools are seeing small but significant shifts and there is not much movement in college calendars. That will change in the final weeks of 2021, as semester finals and winter break kicks into gear. STR considers the start of winter break to be the first day after exams end. Starting on Friday, December 13, we will see significant drop-off from the proportion of students who are out of session per day-of-week in 2021 compared with the matching weekdays in 2019. At its widest gap, this difference peaks at nearly 30 percent fewer students on break in the week preceding December 25 this year. Though it’s impossible to precisely pinpoint exactly why this will occur, it’s almost certainly due in part to December 24 cycling from a mid-week holiday in 2019 (Wednesday) to a Saturday holiday in 2021. Accordingly, some colleges will cram in a week of exams leading up to a Saturday Christmas holiday whereas in 2019, they might have scheduled exams for the last full week before a Wednesday Christmas holiday. Following this year’s deficit, a correction of sorts will be seen on the other side of New Year’s Day, as colleges ease more slowly back into the Spring 2022 semester. But this will be slightly less pronounced as the scattering of Spring semester start dates is more spread out over the first few weeks of January, compared with the relatively hard stop we see heading into Christmas.

School districts will see a slightly reduced impact of this late-December swing, since exam week generally only applies to high schools. The difference at peak will be about the same as colleges (a 25-percentage-point drop in 2021) but is condensed to a tighter period—the span of December 18 until Christmas Eve.