In December 2018, the American Hotel & Lodging Association (AHLA) announced that Chip Rogers, then president and CEO of the Asian American Hotel Owners Association (AAHOA), had been hired to helm the organization following the departure of Katherine Lugar. Rogers officially started this month, making the move from his beloved hometown of Atlanta, Ga., to Washington, D.C. “I never wanted to leave Atlanta, but there are some opportunities that transcend that desire. This is certainly one of them,” he says. “AHLA’s stature in our industry and on Capitol Hill is significant. Clearly, in our industry, AHLA is the leader, but throughout the whole of Washington, D.C., among all of the small business interests, AHLA is a leading advocate. Katherine [Lugar] and her team deserve all the credit in the world for taking AHLA to where it is now, and the ability to step into something that’s moving along this well is quite rare.”

Rogers brings decades of political and hospitality experience to the CEO position. In fact, he first caught the political bug in 1980, when he was in seventh grade. “It was an election year, and we held a mock election at our middle school. They selected three students to ‘campaign’ as the three leading candidates, and I was chosen to be Ronald Reagan, who was running against Jimmy Carter and an independent candidate by the name of John Anderson. We had to write a speech and present it in front of the entire school, followed by a vote. I won, and ever since I’ve been very interested in politics and public policy,” Rogers describes.

This early passion for politics shaped Rogers’ career. He planned for it, building his life to position himself for a successful political run. In 2002, he won a seat in the Georgia House of Representatives. He spent two years there before running for—and winning—a seat in the Georgia State Senate in 2004. Then, in 2008, Rogers became Senate Majority Leader for the Republican Party, a position he held until 2012. “After that, I knew it was time to move on,” he says. “I had a very enjoyable decade of serving in public life, but I never wanted to be a career politician. So, I said my goodbyes.”

While Rogers was looking to put his career in politics behind him, it was a connection he made during his time in office that shaped the next stage of his career. “One day, I looked at my calendar and there was a meeting with some group called AAHOA. I’m a little embarrassed to say, I had no idea who they were,” he describes. “I had been working on rewriting some property tax legislation, and some AAHOA leaders came in to meet with me and tell me about how they were very supportive of the changes. In fact, all of AAHOA’s members and the lodging industry at large were supportive, and they wanted to know what they could do to help. This was the start of a strong friendship.”

After Rogers left office, AAHOA reached back out, asking if he would help them break into the world of advocacy. It wasn’t an area they were really active in at the time, and Rogers offered advice and assistance in making decisions pertaining to public policy, advocacy, and their political action committee (PAC). And, the more Rogers learned about the hospitality industry, the more he learned to love it. “What drew me to AAHOA was that I saw a group of entrepreneurs and risk takers who were living their lives to realize the American Dream for themselves and their families. That story was so motivating, not just professionally, but personally,” he explains.

Rogers joined AAHOA officially as their vice president of government affairs, working with the organization to build a government affairs department, which they did not have at the time. He set up an office in D.C., and hired an advocacy team. Then, in 2015, after longtime AAHOA CEO Fred Schwartz resigned, Rogers was asked to step in to fill the position. “Initially, I wanted to be president so that I could protect what I had built in government affairs,” he says, laughing. “I didn’t want anyone else coming in and messing it up! Once I took on those responsibilities, though, I realized how much more there was to this industry. It’s been so enjoyable learning about all of those intricacies.”

Indeed, AHLA and AAHOA had very similar trajectories. AAHOA grew tremendously under Rogers’ leadership, increasing membership, strengthening its position in the industry, and working with other industry organizations, like AHLA, to protect and progress the interests of hoteliers throughout the United States. For Rogers, one specific accomplishment stood out from his time with the organization. “When I started as president and CEO, everything was routed through that position. During my time there, there was a transition to a team-based system, and I have left a team that can continue doing great work on behalf of the industry.”

Though the team is set up for success, Rogers says his leaving is bittersweet. “I made many friends during my time with AAHOA, and I wish them so much continued success. I hope that our paths continue to cross quite often.”

Now, as president and CEO of AHLA, Rogers hopes that the two organizations will continue to work closely together for the good of the hotel industry. He is uniquely positioned to make this a reality. “I really hope to build on what Katherine [Lugar] and I were able to create, and that is a bond between the two organizations. Sometimes, our positions on certain issues will be different, but our ultimate goal is the same—preserving and protecting this industry.”

As his focus turns to AHLA, Rogers is looking to tap every resource in his arsenal to take the organization to the next level. First, he will draw from his experience in public office, which he says showed him how important advocacy truly is. “Lawmakers don’t know everything, and they rely on other people to provide them with information. If you’re not there in front of them, representing your industry and telling your story, you’re doing your industry a disservice,” he says, specifically mentioning how many people misunderstand the franchising model and how important it is for people in the hotel industry’s success. “Explaining things like the franchise model is critically important because if you’re a lawmaker and not a franchisee or franchisor, you might make decisions that you’re not fully informed about.”

He also mentions the importance of visibility. “Being in front of a lawmaker makes a huge difference, and if you, as an advocate, are absent in the process, it could hurt your interests,” he explains. “And when you’re advocating, you have to be sure that you bring everyone to the table. That is a skill, and one that should be honed by everyone in this industry. There is a strength and force in numbers, and our organization needs to partner with others in hospitality to present a united front to Capitol Hill. It presents a more compelling message that gets more people to listen, and is critical to our organization’s ongoing success.”

“I’ve had tens of thousands of hours of conversations with actual hotel owners about what their interests are, what drives them, what matters to them in running their business, and what matters to them regarding public policy. I will put that knowledge to good use in this new role.”

Rogers is also taking lessons from AAHOA, which put him in contact with countless hoteliers and introduced him to every single aspect of the hotel industry. “I’ve had tens of thousands of hours of conversations with actual hotel owners about what their interests are, what drives them, what matters to them in running their business, and what matters to them regarding public policy. I will put that knowledge to good use in this new role,” he says.

As of publication, Rogers and AHLA were finalizing their plans for his first 100 days in his new role. Rogers looks forward to this new era and is happy to have found his home in the hotel industry. “I’ve gone through a number of careers throughout my life, and when I think about the industries that I’ve worked in, no one is as excited and passionate about their industry as people in hospitality. We give people the opportunity to have a home away from home and special experiences, and that’s an amazing responsibility. If you can’t get excited about that and be happy about it, I don’t know who you are or what you’re about. This joy drives me every day, and I look forward to working in this industry for many, many more years.” 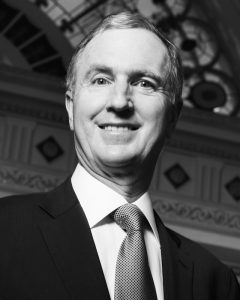 “AHLA has experienced tremendous growth and success over the last five years, and the next chapter holds even more promise for us as an industry. I’m confident Chip is the right person to lead us during this transformative time. AHLA members, from brands and owners to state associations, recognize what an outstanding job Chip has done at AAHOA, and we are all excited to see how he will bring that experience to bear and move our industry forward.” 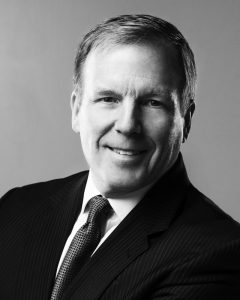 “From reining in short-term rentals to launching innovative workforce development programs to bridge the employment gap, AHLA is a dynamic organization that delivers for our members. With an incredible career as a legislator, coupled with his time helming AAHOA, Chip will be a fantastic leader for AHLA who can build on our current momentum and take us even further as an industry while maintaining a strong bond with that organization. I’ve come to know him over the years and know he will help grow the organization, working hand-in-hand with the team, and achieve greater results on behalf of our industry.”