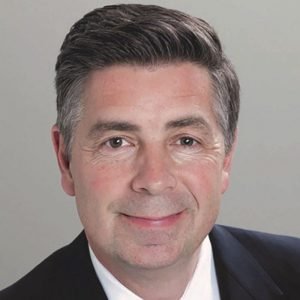 WASHINGTON, D.C.—The American Hotel & Lodging Association (AHLA) announced that Chip Rogers will succeed Katherine Lugar as president and CEO, effective in the new year. Rogers comes to AHLA with more than 20 years of experience and a proven track record of success.

Rogers has served as the president and CEO of the Asian American Hotel Owners Association (AAHOA), the largest U.S. hotel owner’s association, since 2014. In this role, he led a team of more than 30 staff members with an annual budget of $15 million, bringing an unprecedented amount of success to the organization. Under his leadership, the AAHOA has grown overall membership by 30 percent and revenue by 62 percent.

In addition to leading the AAHOA, Rogers sits on the board of directors for the United States Travel Association, Community Leaders of America, and the California Hotel & Lodging Association. Prior to joining AAHOA, Rogers served in the Georgia General Assembly for 10 years and was unanimously elected as Senate majority leader in 2008 and 2010.

“I am truly grateful for my time at AAHOA and working with the great people who make up the association. I could not be more excited to work with the talented team and outstanding members of the American Hotel & Lodging Association,” said Rogers. “It is a special opportunity to join this industry leading organization. Katherine has established great momentum with a superb team. The recent victories with the passage of short-term rental regulations in markets across the country are milestones. With the foundation of success established, I am confident that the AHLA will continue to grow in impact and engagement.”

“We are extremely excited for Chip to join and lead this dynamic organization,” said AHLA Chair Mark Carrier, president of B.F. Saul Company Hospitality Group. “Chip has done an outstanding job at AAHOA, this success is recognized by our stakeholders; brands, owners, management companies, state associations, and independents. I have confidence that he will build on that success at AHLA. Under Chip’s leadership, we are well positioned for the future.”

Incoming Chairman Geoff Ballotti, president and chief executive officer of Wyndham Hotels & Resorts, added, “AHLA is in a great position of stability and strength. Our members are engaged, our advocacy efforts are succeeding and—most importantly—we have a talented and dedicated team in place. With nearly two decades of experience advocating for the hotel industry, Chip will be a fantastic leader and build on our current momentum.”

Rogers was selected after a thorough and comprehensive search conducted over the last several months. An AHLA search Advisory Group—comprised of the leading CEOs and executives of the major brands, owners, and management companies representing a cross-range of the association’s members—conducted numerous in-depth interviews of each candidate. Ultimately, Rogers’ appointment was unanimously approved by the Nominating Committee and Board of Directors.

Coming from AAHOA, Rogers is no stranger to AHLA, as the two organizations have worked hand-in-glove for many years, advocating on behalf of the entire hotel and lodging industry. Both organizations have held joint advocacy days, each year for the past several years and AAHOA’s incoming chairwoman currently sits on AHLA’s board.