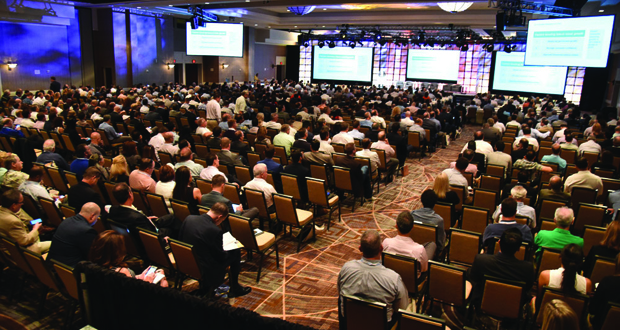 Optimism ran high among the 1,800 attendees during the 23rd annual Lodging Conference held at the Arizona Biltmore Hotel from Oct.30 to Nov. 2, 2017. Hoteliers, hotel executives, and industry professionals largely expressed a positive attitude towards the prolonged lodging cycle, while remaining wary of the threats that the industry continues to face, from increased costs on a property and development level to larger macroeconomic shifts.

A panel of hotel company executives on Oct. 31 relayed the expectation that hotel companies will continue to consolidate to grow their economies of scale and add more brands to their portfolios in the coming year. Dave Johnson, president and CEO of Aimbridge Hospitality, said that while the ability to leverage a brand and access capital are critical benefits of scale, the number one issue that is driving consolidation is talent acquisition and retention. When smaller companies are unable to provide opportunities for career growth, employees will find those opportunities elsewhere. “What scale has given me is the ability to keep that talent inside and develop it,” Johnson explained, adding that an “A-player GM” plays a greater role in a hotel’s success than brand or top-level management.

Large companies with a number of brand options also provide a complete solution for franchisees, according to David Kong, president and CEO of Best Western Hotels & Resorts. “In today’s world, people want choices,” Kong explained. “By launching new brands, these companies tap into broadening their customer base and they tap into new customers, and they’re going to be more successful. Everyone is going to be more successful.”

Others at the conference argued that while scale brings a number of benefits to consumers and hotel companies, the act of consolidation and introducing so many new brands to market may negatively impact owners. Eric Danziger, CEO of Trump Hotel Group, said that there is room for new brands, but some old brands should be “put out to pasture.” “You can be too big,” Danziger explained. “You might be doing a good job for the consumer, but you might not be doing the best job for an owner, and that’s who pays the bills.” Michael Barnello, president and CEO of LaSalle Hotel Properties, agreed that scale is beneficial, but noted, “There’s a huge value for an owner to be able to pick up the phone and call the top people at that brand or at that management company.”

Hoteliers at the conference also took a closer look at their development strategies and financing options as the cycle nears its end. Barnello said that it’s always a good time to lock into a very low rate, adding that while the slow rate environment has its benefits, it also invites more supply. If, however, rates rise and financing becomes more unattractive, supply will come down in some markets and provide “a bit of a breather” for hoteliers. Johnson said that in most cases, private equity remains a majority owner in the lodging industry, and as long a cheap debt is still available, the industry will continue to see short-term financing.

A growing concern for the industry in the coming year is the challenge of getting deals into the ground on time. According to Ron Pohl, COO at Best Western, “The window to get construction done today is getting longer and longer and it’s because cities are getting more difficult, permitting is getting more difficult, construction companies are hard to find, and costs of goods are increasing 10 to 20 percent.” Losing development momentum can be a major detriment for hotel companies, Pohl explained, adding that financing is only going to become tougher. “Those are the two big things for us,” Pohl said. “Get them in the ground, get them open, and get more deals signed.”

With a number of properties in the New York market, Dream Hotel Group CEO Jay Stein said that he sees rates stalling. “Some of the other major markets are starting to see some slowdown on some rate growth,” Stein said. “I’m not so worried about overbuilding. Some of the key markets, that may be a little bit of an issue.” Stein explained that he is more worried about the lodging cycles. “But the conference seems to be holding in there, and that’s usually the best barometer for our industry,” Stein added. “Maybe we’ll get a couple more years of this modest, enthusiastic growth that people have been enjoying.”