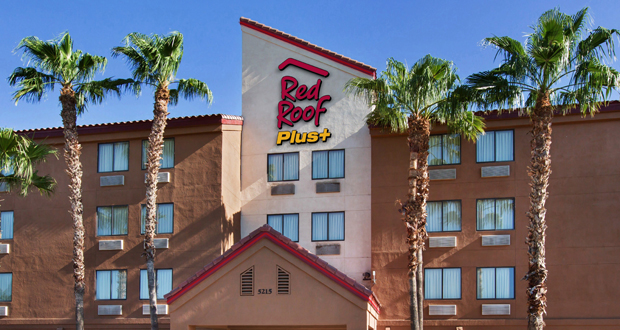 Red Roof had a busy year in 2017. In January, the company opened its 500th inn and its 50th PLUS+ location, and in September, it launched its first soft brand, The Red Collection of upscale economy to midscale hotels. In between that time, the company made a move to increase direct bookings and position itself for the future. In June, Red Roof re-platformed its digital assets and rolled out a mobile app after a year and a half of planning, designing, and testing the solution. LODGING caught up with Andy Alexander, president of Red Roof, to talk about what impact he expects this digital re-platforming to have on bookings and the guest experience.

What did you learn in the process of rolling out the new app?
We tested it for a couple months before the rollout with certain consumers, asking for feedback as we always do. We were able to tweak the site and by the time we rolled out, we saw a very substantial and immediate response from our guests. After six weeks, we saw a doubling of our conversion percentage, and the percent of our web bookings coming from the mobile source doubled from 13 percent to 30 percent. What that shows is if you pay attention to mobile and you pay attention to what your customers are looking for in the user experience, you can receive immediate results. And as you shift the bookings either from an OTA or your own reservation call center, you receive a booking that is at a much lower rate and is more efficient for the owners and operators.

How long was the process to launch a mobile app in the works?
We originally were looking to re-platform the website but it quickly became apparent that we needed to re-platform all of our digital assets, putting them into a CRM management system that can customize how we interact with our guest. Now, we have social media on that platform, the website’s on that platform, our PMS is on that platform, and even things like our safety and security platform is using the new platform, as it can pull in comments from customers across the country and really hone in on how to improve the guest experience.

How has your access to guest data changed since launching the app?
There are different levels of guest data. We always knew something about the guest when they were a Redicard customer. Now we know a lot more about where they are and where they’re going. Even if they’re not a Redicard customer, through cookies and geolocation, we know where they are. With our Along the Route feature, we know which way they’re going. and with our along the route feature, knowing which way they’re going. Red Roof customers are often moving. When you’re in your car headed down the highway, you don’t only want to know what’s near you, you want to know what’s ahead of you. Our Along the Route feature can detect that you’re moving by taking your initial location and a second location, and tell you what’s in front of you.

What are some insights from the data so far?
It’s hard to generalize two months of data, but what’s clear is that when you give the guest a website that’s easy to use and easy to book, they’re going to use it. The shift that we saw—the doubling of our reservations coming through the mobile channel in just two short months—is pretty dramatic. And we’ll see that continue to rise as people get more and more familiar with it and start using these features.

What other impacts does this rollout have on operations?
From a marketing, sales, and hotel operations perspective, this allows us to make changes in one platform and have those changes work across all items on the platform. It allows us much greater flexibility in terms of marketing and allows our operations team to be very precise and generate better search engine optimization by mentioning things that are the most relevant at the time for the guest.

Does Red Roof plan to roll out a Chatbot feature as part of this platform?
Chatbot is not rolled out yet—it’s part of our growth map. The chatbot will pull out keywords and phrases to understand the type of transaction you’re trying to do—like stay in a particular location or type of room—and respond and ask you questions to clarify those things, ultimately throwing up reservation page. It can get you to the end of your transaction. Initially it’ll probably rollout through email and text. But ultimately, what it needs to be—and where I think everybody is headed—is voice activated, allowing people to book simply by expressing vocally where and when they want to stay. It’s a little ways off, but not as far as some people think.