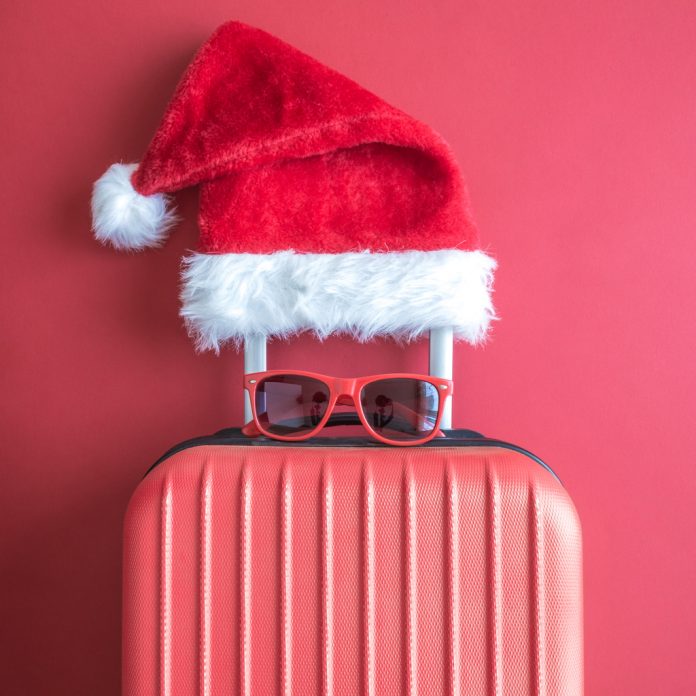 Are hotels at an increased risk for bed bug activity this holiday season? Pest management industry research has shown that pest control operators see service frequency for these biting, blood-sucking pests increase in the summer, as more people travel for summer vacations. However, summer isn’t the only time bed bugs are active and hotel operators who are only implementing preventative bed bug measures during warm weather months may be leaving their properties open to risk.

Bed bugs are a year-round threat to hotel properties. These hitchhiking pests are introduced to properties on people and their belongings. Over the last several years, reports of bed bug encounters in airports, on airplanes and public transportation, at schools and colleges, at movie theaters, and even in offices have ticked up. When travelers visit, they could unknowingly be bringing bed bugs from any of these places with them.

Anytime travel spikes, the chances of a bed bug problem developing increase. With the holiday season fast approaching, it’s important that hoteliers not let their bed bug guard down.

Increasing Occupancies in November and December

According to Statista, in 2018, hotels saw the highest occupancy rates for November and December travel since 2011, clocking in at 61.7 percent and 54.1 percent, respectively. That’s up from 55.7 percent and 47.6 percent in 2011. While not equal to the peak occupancy rates of summer, this slow-but-steady upward trend means more guests are coming through hotel properties in the winter months. The chances of a bed bug introduction happening in the winter months could also be on the rise.

In a Rentokil Steritech analysis of 2017 and 2018 services conducted to determine top pest pressures by month, bed bugs surfaced as the second-most-common pest behind rodents for the months from October through January. In fact, October saw more bed bug services than any other month of the year, with November running a close second, and December finishing as the fourth-most-active month of the year.

If bed bugs can be introduced to a hotel at any time by anyone, it might seem like hotels are fighting a hopeless battle. What exactly can hotels do to avoid bed bug incidents?

Unlike summer, when travel is constant over the course of weeks, peak hotel occupancy periods in November and December can be more hit or miss, based on the location of the property and holiday travel patterns. For example, the days leading up to Thanksgiving might bring increased bookings for some properties, especially those along major travel thoroughfares. Or, hotels in large cities may see occupancy spikes between Thanksgiving and the December holidays as tourists visit to see the sights and visit attractions bedecked for the holiday season. Other trends may be more predictable, such as New Year’s Eve, when many properties see increased booking ahead.

Hotel teams can look closely at an individual property’s occupancy trends in November and December for the last two to three years. Is there a pattern? If so, think about scheduling a bed bug inspection with a pest management provider ahead of the trend. This can help catch any potential problems before guests arrive.

Visual and manual inspections can be conducted by any pest control provider and involves a technician visiting each designated room and performing a check of high-risk areas for signs of bed bug activity. While accurate, this method is time- and labor-intensive. Select pest control providers can also offer canine inspections, which use specially trained and certified animals to detect and alert to the presence of bed bugs. This is a discreet, accurate, and efficient way to perform inspections.

Unoccupied Rooms Do Not Mean No Bed Bug Activity

With lower occupancy rates in winter months, some operators might think that unoccupied rooms or infrequently occupied rooms would be free of bed bug activity, but that would be a mistake.

In the absence of a human host, bed bugs can go into a state of dormancy. In fact, various research done on bed bugs has shown that at average room temperatures, bed bugs can survive for up to two to three months without feeding. Any bed bugs present can “wake up” when human hosts are in proximity again.

Although they can go into that hibernation-like state, a hungry bed bug isn’t averse to traveling for a meal. While they are certainly experts at hitching a ride on people and belongings, freeloading isn’t the only way that bed bugs can get around. Bed bugs are expert crawlers and they move pretty quickly. Research has shown that a bed bug can move a little over three feet in a minute.

If an unoccupied room isn’t offering up a meal, a bed bug may be attracted to the warm, cozy temperatures and guests in an occupied room. In particular, active rooms next door, above, and below may be at heightened risk.

Leverage Staff in the Fight Against Bed Bugs

A hotel’s staff is the first and best line of defense in spotting potential bed bug problems. In the course of their daily responsibilities, housekeeping and maintenance staff can help by doing quick spot-checks for bed bug activity.

Specifically, staff members should take note of the following and immediately report any concerns to their manager.

Protect Guests From the Gift No One Wants

Protect guests and a hotel’s brand from bed bugs by having a bed bug defense plan in place year-round, even in off-peak travel months. Have the property routinely inspected, and schedule those inspections ahead of peak holiday travel times as an extra defensive measure. Finally, be sure that the hotel’s staff understands bed bug behavior, knows the signs of a potential bed bug problem, and is clear on how to report a potential issue. No one wants the unexpected gift of an encounter with bed bugs as they are traveling this holiday season.

Pest Control: Three Tips for Staying Ahead of Summer Pests