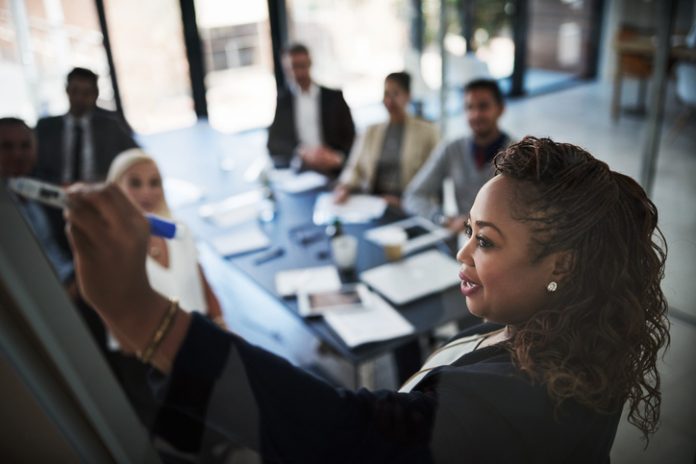 Data consistently shows that across various industries, Black employees are not equally represented at all levels of businesses, particularly in management, where those who identify as Black hold just 7 percent of leadership roles, according to the Bureau of Labor Statistics 2020 Current Population Survey. This lack of representation is particularly pronounced in the hospitality industry—a recent report by the Castell Project found that Black leaders hold just 1 in 65 executive-level positions even though Black employees account for 1 in 5 people working in the industry overall. What’s more, an NAACP report from 2019 found that in addition to people of color being overrepresented in entry-level and lower-wage jobs and underrepresented in leadership positions, the share of white employees in top management positions in the hospitality industry actually increased from 71 percent to 81 percent between 2007 and 2015.

Doug Tutt, CEO of Hcareers, an AI-driven jobs platform for the hospitality industry, told LODGING, “There are so many people coming through the door that are of diverse backgrounds who aren’t moving up the ladder. What does that say about systems, processes, culture, and diversity and inclusion at these companies, and where they can take action to make those changes?”

A new Hcareers survey of hospitality employees finds a gap in how employees who identify as Black, white, Hispanic, American Indian, and Asian perceive diversity, inclusion, and opportunities in the industry. While 65.6 percent of all those surveyed believe the hospitality industry is more diverse than others, Black respondents were three times more likely to see the industry as less diverse. Additionally, just a third of Black hospitality employees surveyed see equal advancement opportunities compared to 63.5 percent of white respondents.

The survey results also highlighted the importance of diversity and inclusion (D&I) efforts in hospitality companies—75 percent of respondents said they would not work for a company that doesn’t show D&I efforts, and respondents agreed that a diverse workforce creates a more inclusive environment for guests.

“People have to see themselves as being represented in the organization. Otherwise, there is a risk that people will leave,” Tutt said. “There’s no denying the data and how the workforce is changing. At the end of the day, it has to become a strategic imperative for companies to attract and retain talent.”

In its report, Hcareers reviewed three D&I efforts that respondents named as important actions for employers to implement: recruit, hire, and promote BIPOC (Black, Indigenous, and people of color), offer anti-bias training, and improve transparency around these efforts.

According to Hcareers’ report, targeted mentorship programs, tuition assistance or reimbursement, and advertising within HBCUs (historically Black colleges and universities), particularly those with hospitality programs, are tools hotel companies can employ to improve their recruitment efforts and help advance employees’ careers.

To combat workplace bias, anti-bias training—particularly for existing mid- to upper management—helps to identify and begin to understand bias in order to address it properly.

Hcareers’ report added that companies should focus on actions that create meaningful change in the workplace rather than performative messaging and broad gestures and should detail these efforts so that employees and the general public can hold companies accountable.

Tutt added that a key question hospitality leaders need to answer is: “What do commitment and accountability look like?” For instance, at the C-suite level, Tutt said, “Let’s get in a meeting, let’s look around the table, and let’s see who has a seat. And if we’re not comfortable with what we see, let’s commit to making a change, then let’s hold ourselves accountable a year from now.”