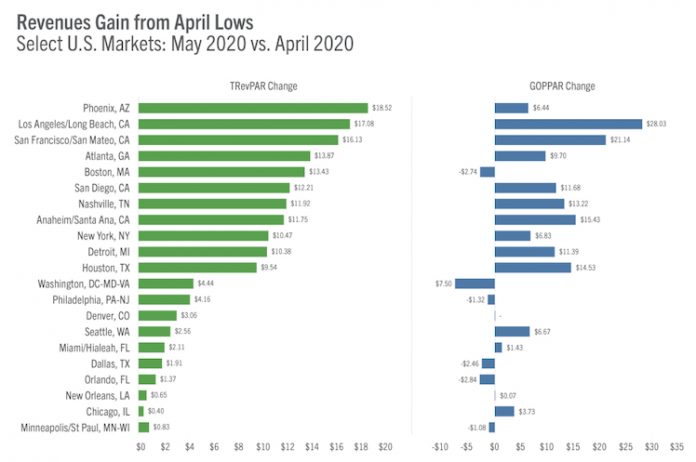 “Make no mistake, profits are still down significantly, and in many cases, open hotels are struggling to turn a profit,” said Joseph Rael, STR’s senior director of financial performance. “However, consistent with the occupancy and RevPAR trends shown in our weekly data releases, hotels opened up more in May and saw improved business compared with the previous month. As we have noted, the lower end of the market has seen less severe performance declines throughout the time of the pandemic, and in May specifically, we saw limited-service properties begin to turn a profit when crossing the 45 percent mark in occupancy.”

Among top markets, Phoenix reported the most improvement from April to May in TrevPAR ($18.52), while Los Angeles/Long Beach showed the largest gain in GOPPAR ($28.33).