Home People Careers Speaking Up for the Industry: Hostmark’s Ron Vlasic on the Joys and... 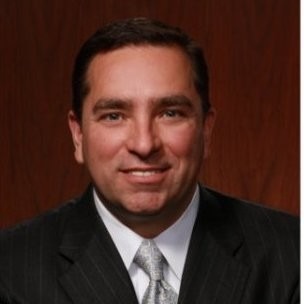 In November, Hostmark Hospitality Group COO Ronald L. Vlasic, CHA, was appointed by Commerce Secretary Wilbur Ross to a two-year United States Travel and Tourism Advisory Board (USTTAB) term. In this role, Vlasic will work closely with the Secretary’s office to develop a strategic plan on strengthening the return of travel in the United States, while also supporting the hospitality industry. Vlasic described for LODGING what having a voice in the industry—especially now—means to him, and how he expects the industry he entered because he thought it was “cool” to rally to meet the challenges of the day.

How did you get your start in the industry?

I had no connections at all to the hospitality business when, at age 20, I left my position at a downtown Chicago department store for one at a magnificent old-school hotel directly across the street from the department store. I just walked into that lobby one day at lunch and I was totally captivated by what I saw. Taking it in that first time, it just seemed so cool. Based on that, I decided to enroll in a hospitality school taught by actual hospitality executives from the city, where I learned about events from a Hilton F&B manager and an executive chef about what it takes to manage a kitchen. Perhaps coolest of all was learning about the chance to travel, to work nearly anywhere in the world.

What was your career path, including early advocacy involvement?

I left Chicago to work mainly out West for Kimpton Hotels and Restaurants, where I spent a total of more than 20 years. I was working in San Francisco at the time a GM job in Chicago became available. I was the only one to raise my hand for it; but I already knew the city and thought it would be an adventure to return. When I left Kimpton for Hostmark in 2018, after nearly 20 years there, I was vice president of operations overseeing 22 upscale lifestyle hotels. During those years in Chicago, I became involved with the Illinois Hotel and Lodging Association (IHLA), where I developed a taste for the advocacy part of being involved in the industry. It was a blast to work with my competitors to lobby for our industry together. I ended up as chairman in 2007.

How did you become involved with USTTAB?

Knowing how much I enjoyed being a voice for the industry in Illinois and networking with people in D.C., when my term ended as chairman for IHLA in 2013, I began exploring other ways I could become a voice for the industry. I was aware of the impact the USTTAB could have with the Secretary of Commerce, so after everything went crazy in March, in April, I connected with people in the USTTAB office to express my interest in doing what I could. The next thing I knew, the Secretary of Commerce asked me to serve.

What do you hope to accomplish during your time on the board?

The beginning of my two-year tenure comes at an interesting time, just before a change in administration. I want our goals as far as bringing back business to be aligned with those of whoever will be serving as the Secretary of Commerce, but the best way to serve this goal is to first educate the Secretary about what’s now occurring in the hotel/travel environment. The biggest issues we’re faced with right now—with more than two-thirds of the hotels saying that they won’t be able to survive the next six months at the current and projected rates of occupancy and travel in the future—is to get relief to our industry. While the first stimulus helped hotel companies and owners a great deal, not everyone benefitted. While I don’t want to discount that because every dollar helps, there has to be a process that’s fair and equitable for everyone.

What are your hopes and expectations for the industry’s recovery?

I think we’re really at the bottom now. If we can get the economic relief package we need to get through this period now and restore confidence with an effective vaccine that is widely implemented, we can start to rebuild. However, even in the darkest days, I knew we’d come out of it. The question is, how long it will take. I think just the passage from 2020 to 2021 will be an important psychological hurdle. There’s a renewed sense of urgency to get on with our lives and back to business. Enough is enough!