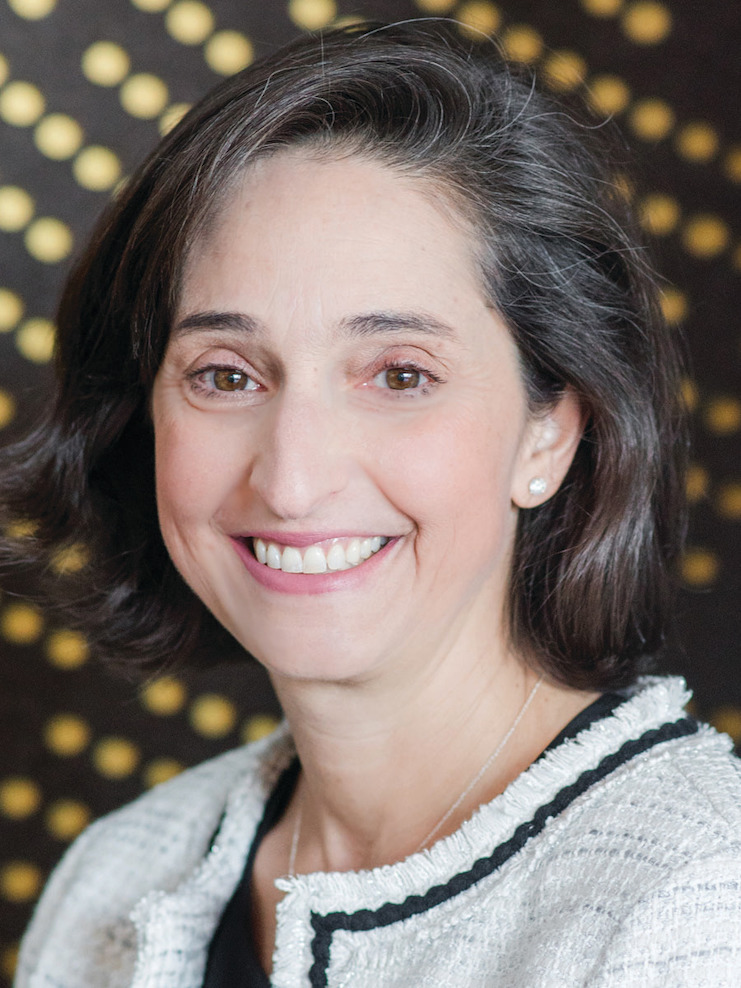 Possessing a deep understanding of the hospitality industry and its most pressing issues, Rachel Humphrey has been serving as interim president and CEO of the Asian American Hotel Owners Association (AAHOA) since the January departure of Chip Rogers. As she shared with LODGING, her involvement with AAHOA was strictly in her capacity as an attorney until 2015, when she became its vice president for franchise relations. In addition to her own path, Humphrey described some of the changes she’s seen during her 20-year involvement with the industry in general and AAHOA, in particular, and offered words of encouragement to women who aspire to careers in the industry.

How did your career lead you to the hospitality industry? And how did that path lead to AAHOA?

I’ve been working with AAHOA members for 20 years. The law firm for which I worked in 1999 not only represented AAHOA in some of its legal matters, it was also AAHOA’s first allied attorney law firm. AAHOA invited me to speak about franchise law at a regional meeting. These presentations became a regular occurrence, including at AAHOA’s conventions. I also advised and assisted AAHOA members for many of their legal needs. When I stepped away from practicing law in 2014, I was not sure what my next step would be. Like many hoteliers, I’d prepared for one career but found my way to the hospitality industry. In 2015, I joined AAHOA as the vice president for franchise relations and in 2017 became the chief operating officer. When Chip Rogers stepped down as CEO in early 2019, I agreed to assume the role of president and CEO on an interim basis.

How has the hotel industry changed since you started your career?

There have been a lot of changes over 20 years. We’ve seen an explosion in the number of new brand offerings as well as consolidation completely changing the layout of the franchise market. Short-term rentals are a significant game-changer for the industry, and brands and hoteliers alike continue to adapt to this new competition. The industry began a much more vocal and proactive approach to combating human trafficking and other advocacy-related issues, and these united efforts will only continue to grow stronger. And, of course, technology continues to revolutionize the industry on multiple fronts.

How has AAHOA changed since you started working there?

My involvement with AAHOA spans two decades, and I’ve seen a lot of changes. Between 1999 and today, the association’s membership more than doubled and now represents over 50 percent of all hotels in the United States. Our educational offerings transformed professional development for hoteliers and their employees. AAHOA’S HOTEL OWNERS ACADEMY is a remarkable online resource for hoteliers with hundreds of on-demand webinars and trainings. AAHOA’s reputation grew rapidly, and we established ourselves as an industry leader in political advocacy. The partnerships we developed with brands led to AAHOA’s becoming an excellent resource for them on new brand launches and standards. AAHOA’s membership is also shifting. Our members own about 50 percent of hotels in the United States, and between 60 and 70 percent of the pipeline. Members are also developing in record numbers in addition to being owners and operators. AAHOA’s women hoteliers began turning out in record numbers at our events, and we currently have the first female Chair, Jagruti Panwala, in the association’s 30-year history. Since I joined in 2015, we continue to transform to meet the demands of today’s growing membership.

“I encourage women in our industry to pursue professional development opportunities, to make their voices heard, and not to shy away from taking risks.”

What is your top goal for AAHOA over the next 12 months?

AAHOA’s vision is always long-term. 12 months, we want to see AAHOA continue providing the excellent networking, education, and advocacy for which we are known. We look forward to welcoming our next president and CEO, growing our membership to include all hoteliers nationwide, and hosting yet another exceptional annual AAHOA Convention and Trade Show in Orlando in April 2020.

WHAT SHE NEVER LEAVES HOME WITHOUT

Espresso in the morning

WHAT SHE WANTED TO BE WHEN SHE GREW UP

Dallas Cowboys cheerleader or a trucker

Try to be your best self every day.

What is the role of organizations like AAHOA in the hotel industry? Are they important?

AAHOA has several vital roles in the hospitality industry. The organization’s founding is rooted in a collective effort to combat prejudice and discrimination that many Asian American hoteliers faced from vendors, franchisors, guests, and even fellow hoteliers. As the association established itself in the industry, it evolved to meet member needs in several areas: professional networking, education, and advocacy. AAHOA grew to become an important resource for independent hoteliers and franchisees alike, as well as a resource for the industry. The association continues to bring brands, vendors, elected officials, and owners together for the betterment of our members, the industry, and their communities.

What do you like most about working in hospitality?

The hospitality industry brings out the best in individuals. It attracts people who strive for success, which fosters a certain camaraderie. Those in the industry are bound by their strong personal ambitions and their genuine desire to help other people succeed. From entrepreneurs building a business to the employees turning jobs into meaningful careers, the opportunities for upward mobility are abundant for those willing to work hard.

What advice would you have for the next generation of female leaders in the hotel industry?

The industry shows greater opportunity for women in leadership roles, but there is still a long way to go. I encourage women in our industry to pursue professional development opportunities, to make their voices heard, and not to shy away from taking risks. To them I say, “Be involved. Network. Attend conferences. Speak up.” At the end of the day, hard work and good ideas are rewarded for those who are willing to put themselves out there.