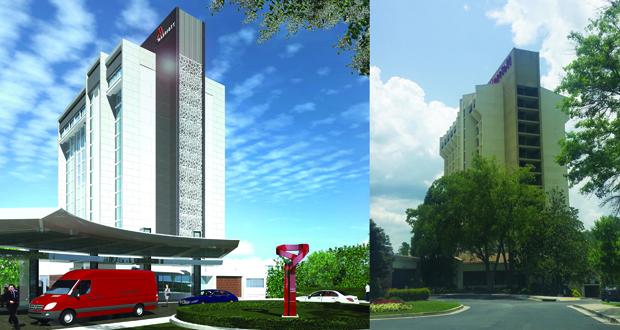 Kenneth H. Fearn has a lot on his plate. He is the founder and managing partner of Integrated Capital, LLC, a private equity real estate group with a focus on hospitality, office, industrial, and residential real estate. The Harvard Business School graduate is also a member of the Young Presidents’ Organization, is deeply committed to the National Association of Black Hotel Owners, Operators & Developers (NABHOOD)—of which he is chairman—and has served on the Board of Directors of Challengers Boys & Girls Club and the Andre Agassi Foundation. 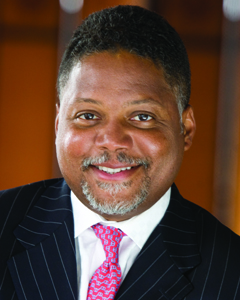 Fearn has been ramping up his career for quite some time. The Los Angeles native began his journey out of college, gaining broad experience in a two-year financial analyst program at Capital Group. “I worked on everything from the management of mutual funds to the fund investment side of the business, where I did investment research on industries from women’s apparel to commodity chemicals to REITs,” he says. After completing the program, he remained at the company for another year and a half, working on Capital’s largest mutual fund before leaving to attend Harvard Business School.

Fearn says a summer associate position at JP Morgan in 1992—after his first year at HBS—enabled him to switch gears. “I had the chance to work on one of the first Russian oil deals after privatization of oil there,” he recalls. Although after graduation, he accepted a position as a general consultant with McKinsey & Company, he says, “I missed the deal side of the business.” So shortly after meeting with Lewis Wolff, the father of an HBS classmate, in 1995 he accepted his offer to join him at Maritz Wolff & Company, which had just launched a new hotel division.

Thus initiated into the hospitality space, Fearn remained at Maritz Wolff and became a principal there as their hotel business really took off. “We launched two new funds and acquired a 50 percent stake in Fairmont Hotels in 1998 with Saudi Prince Alwaleed Bin Talal bin Abdul Aziz Saud and a 50 percent stake in Rosewood Hotels from Caroline Hunt, growing both those brands.”

However, in 2004, Fearn decided it was time to go out on his own, so he left Maritz Wolff and started Integrated Capital. This called for some adjustments, he admits. “On my own, I didn’t have investors of the scale that we had at Maritz Wolff, so I took a different approach: I focused on great brands, but not in that ultra-luxury category.” This, he explains, began with the purchase of two DoubleTree Hotels directly from Hilton. “The people there were enormously supportive, especially Steve Bollenbach. They really cared about seeing new blood, different mindsets, and diversity coming into the hospitality space.” Shortly thereafter, he says he received a call from Norm Jenkins, who at the time was at Marriott. “They said they didn’t know us but thought we should be talking. We ended up doing seven straight deals with Marriott, including building the Residence Inn in National Harbor.”

Fearn says he is currently involved in two especially exciting projects—both of which presented initial challenges. As they prepared to open the DoubleTree Resort Myrtle Beach, which occupies 31 acres of oceanfront land with a quarter mile of beach, it was hit by a hurricane. “It’s a fantastic location, and is going to be a spectacular resort, but the hurricane knocked out our pier and damaged one wing of our guest rooms, so we’ve been operating with half our hotel shut down,” he says. We hope to have our second wing of hotels back on line for Labor Day 2017.

The other project is a 341-room Marriott hotel in Atlanta. That, too, will require work. As Fearn describes, it was somewhat dated and run down, and the property improvement plan required specific guestroom changes. “To restore the property to institutional quality, we will be working hand in hand with Marriott to update the façade and modernize the rooms to meet guests’ expectations of a luxury hotel. These enhancements—especially the new façade—should make a dramatic difference when it reopens at the end of the year.”

His own good fortune in his career and the industry notwithstanding, Fearn notes that, until recently, the hospitality space was not kind to minorities and women. “When I got into this business in 1995, I never saw anyone who looked like me, certainly no one on the executive team. As for the few women who were executives, they were generally in human resources or sales.”

However, he points out, the face of the hotel industry workforce is changing: “Now, there are women GMs, and I see minorities in all kinds of different leadership roles.” Fearn notes further developments, including minority social and fraternal organizations and minority groups that spend 90 billion annually on meeting, conventions, and travel, all of which, he says, “are critical to bringing a different mindset to this space.”

Fearn welcomes the changes he is seeing now, as well as the support of groups that work to maintain that momentum, including NABHOOD—of which he is now chairman. “I learned about NABHOOD through Andy Ingraham, who I met back in 2005 or 2006 while we were establishing Integrated Capital. It’s a great group of people who care about seeing people of color like us, as well as women, have opportunities to participate in this dynamic space, which is really changing.”

The mission of NABHOOD is to increase African American hotel ownership, executive level employment, and opportunities for minority-owned companies doing business with the hotel industry. The organization is holding its annual meeting in Miami from July 26-28.

Fearn believes NABHOOD and similar groups now need to focus on how to propel the industry forward to maintain the interest and understanding of the importance of diversity in this space. “The African American hotel ownership market continues to grow, and has so much more potential with partnerships with the hotel brands,” he says.

Fearn’s commitment to Challengers Boys and Girls Club underscores that desire to propel the progress of minorities and women everywhere. “I never forget that I grew up three blocks from where riots occurred in south Los Angeles 25 years ago. I’ve always had a sense that you’re either part of the solution or you’re part of the problem. Challengers gets kids off the streets by giving them a structured environment with adults and support to help them achieve their full potential.”

Brands LODGING Staff - September 27, 2022
Ennismore announced it has reached a milestone in its journey with the opening of its 100th property. The 100th property, the flagship SO/ Paris,...

Trends in Maintenance Spend: Expenditures Are Rebounding in an Area That is Key to...