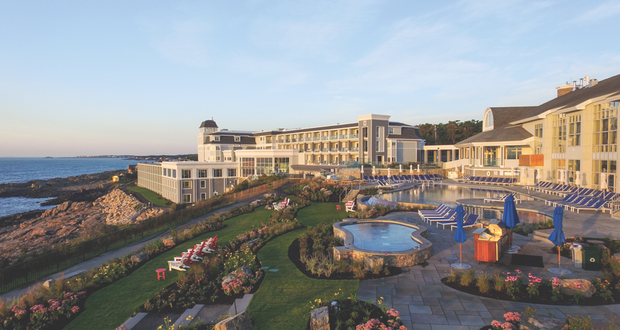 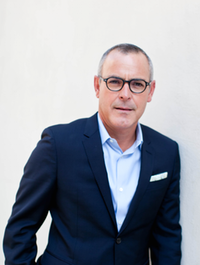 For 10 of his 30-plus years in the hotel industry, Jorge Treviño had the distinct honor of being the person you called when things, let’s say, were not going well. He started his career in the break room of a Ritz-Carlton hotel, and with his keen eye for detail and intuition for excellent service, Treviño soon became the brand’s go-to guy. If there was a property that was having issues or consistently missing performance and standards benchmarks, Treviño was dispatched to help that property achieve its goals. In a pinch, he would also be called in to open new properties to the highest possible brand standards.

As Treviño jumped from urban hotels to resort properties to foreign countries, he honed his problem-solving skills and received a comprehensive hospitality education. “The exposure to the different types of properties in different settings with different cultures really opened my eyes to the importance diversity and culture play in our world,” he says.

Since the merger, Treviño has continued to do what he does best: Cultivate strong brands with tangible touch points. “Touch points are the aspects of a hotel that give guests a sense of place,” explains Treviño. “They should be able to walk into a hotel and know just by the feel that they’re standing in a Joie de Vivre or Destination hotel.”

Though he’s opened dozens of hotels, Treviño’s enthusiasm for crafting pitch-perfect properties has never waned. His instinct for what works and what doesn’t within a brand’s standards has led to some remarkable hotels. In 2016, among notable openings such as Thompson Seattle, Thompson Nashville, The Beekman, a Thompson Hotel, and The Troubadour in New Orleans for Joie de Vivre, one of Treviño’s favorites was the Cliff House Maine, which reopened last fall under the Destination Hotels flag. The hotel is located on a literal cliff in Cape Neddick. “It is the quintessential Maine experience,” Treviño says.

Cliff House was Treviño’s first full Destination opening, and it was a massive undertaking. “The property is enormous and its location is nothing short of majestic. There was just so much to think about,” he says. “The fireplaces, the pool, Nubb’s Lobster Shack, the subtle, nautical-themed rooms—everything was thought out carefully to maximize the property’s ‘Maine-ness.’”

The concept crafted for Cliff House was uniquely casual, but still elegant. It can be seen everywhere, from the sophisticated-but-beachy guestrooms, which have portholes in the doors, to the staff’s uniforms, to the way service is delivered. “When we were determining what the Cliff House employee wardrobes would be, we wanted to avoid stuffy suits. We went a little more preppy, because that’s what Maine is.”

Even as he’s managing brand operations for all of Two Roads Hospitality’s hotel brands, Treviño is also facing the massive task of combining the cultures of Commune and Destination Hotels into a cohesive unit. “I’m ensuring that all of the brands under the Two Roads umbrella live by the same core values. We’ve been working on this initiative since the merger last year,” he describes.

According to Treviño, this process is perhaps his biggest responsibility throughout the entire merger. “Every team member, from housekeepers to area directors, has to know our company’s values, as well as how they can deliver our brand promises in each of their positions. So we have to explicitly determine what those values are and how each of our brands can express them,” he explains. To do this, all of Two Roads’ employees—about 16,000 people—communicated what values they think are most important. “We worked to distill the information we received from thousands of people into seven core values,” he says. “It’s been a lot of work, but I think we were able to capture the spirit of what Two Roads Hospitality is going to be, which, if we can help it, is the best independent lifestyle hotel company in the world.”