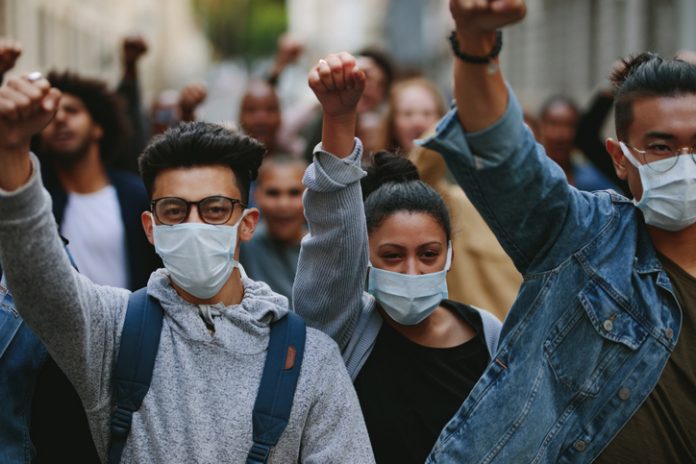 Hotel industry leaders this week responded to growing unrest nationwide following the May 25 death of George Floyd while in Minneapolis police custody. During the NYU International Hospitality Industry Investment Conference’s Virtual CEOs Check-In Panel on June 2 and a subsequent question-and-answer session with press, several CEOs of leading hotel brands commented on the protests taking place in the United States and around the world, and others have released statements in response to these events.

In his opening remarks about the state of the hotel industry amid the COVID-19 crisis, Jonathan Tisch, chairman and CEO of Loews Hotels & Co. and co-chairman of the board of Loews Corporation—and who served as the panel’s moderator—said that part of leadership is managing through crises. “The recent sad and troubling events in many American cities over the last few days inform us that events are out of our control and that they can greatly affect our businesses and the men and women who work with us—all of whom deserve to be treated with respect and dignity, whatever their background, race, nationality, or preferences,” Tisch said. “Part of leadership is managing through a crisis, and we are certainly living through events unlike anything we have professionally or personally ever experienced.”

During the media Q&A session, Chris Nassetta, president and CEO of Hilton, said that the past week’s protests are difficult to watch. “Obviously, there is absolutely no place for racism in our country and in our culture, and so we certainly support our African American team members and the whole African American community and those that are protesting in a safe way. I certainly am hopeful that this settles itself down here in the short-term and that we continue as a country, and certainly, as an industry where we have incredible diversity, to focus on equality across all spectrums, including race,” Nassetta said.

When asked about the impact to hotels, Nassetta said that most of the physical damage to Hilton hotels has been cosmetic and concentrated in cities where operations are limited or shut down due to COVID-19. “It’s hard to discern any sort of meaningful impact at this point given the incredibly low levels of operations in most of those areas,” he said.

Mark Hoplamazian, president and CEO of Hyatt Hotels Corporation, said during the panel discussion that it is important to recognize the grief and anger surrounding the events of George Floyd’s death. In the media Q&A session, he commented, “It’s very concerning that we continue to see the existence of and the persistence of racism in this country and many places around the world. The frustration level and the outpouring of emotion is completely understandable given how long this persists and how it keeps repeating itself. We really need to step up and get more engaged, and I think as companies that have a huge employee base—a very, very diverse employee base across all of our companies—we really must take more affirmative steps to address the situation. I think that’s really what this is a call to action to do.”

David Kong, president and CEO of BWH Hotel Group, said during the media Q&A that the protests hit home for many of the company’s hotels. “I’m an immigrant myself—I stand for equality. My heart goes out to all those that are feeling injustice,” Kong said. “The protests, although they really haven’t damaged any of our hotels, some of them do hit home to some of our hotels.” He mentioned the property damage and looting at the Scottsdale Fashion Square over the weekend, which he said is near one of the company’s hotels. “I think that, in itself, dampens the recovery a little bit. I think it’s psychological and it’s regrettable.”

Prior to the June panel, a handful of hotel CEOs released statements in response to nationwide protests. Arne Sorenson, president and CEO of Marriott International, published a statement on LinkedIn on May 31. Sorenson wrote about the emotions of anger, fear, and sadness surrounding George Floyd’s death. “We have to pay attention to the underlying emotions,” he wrote. “Until we do, the anger and fear that most animate the unpredictable part of this crisis cannot be assuaged.”

“For many years, I have tried to use my perch at Marriott to advocate for opportunity for all. Regardless of race, gender, nationality, sexual orientation, abilities, wealth, and educational background, or any other point of human difference, each person deserves to be recognized for who we are and respected for both our common humanity and the distinct qualities that make us unique. Each deserves an opportunity to get joy and gratification from their work and to feel a sense of purpose and pride about the footsteps they leave behind in the world,” Sorenson added. “George Floyd won’t get that opportunity. But we can honor his memory by leading our own lives in a way that pierces through prejudice to embrace and know people as individuals.”

On June 1, Keith Barr, CEO of InterContinental Hotels Group (IHG), posted a response to nationwide protests on LinkedIn. “The protests across U.S. cities, including in our Americas base in Atlanta, show the extent of the pain, frustration, and anger with the status quo of inequality, racism, and injustice,” Barr wrote. “These events were triggered by the alarming death of George Floyd but remembering Ahmaud Arbery and Breonna Taylor, we know that this issue is much deeper than one incident and another tragic death.” Barr continued, “There will always be more to do within our own business and in wider society. We all have a role to play, whether through our words, our openness to avoid pre-conceptions, or our willingness to do the right thing,” and added that the company has been in contact with Atlanta City leaders to offer support and signed onto a statement from the Atlanta Committee for Progress to condemn injustice and abuse of power. “But it’s important to recognize this is not a problem reserved for the U.S. alone, or for those who suffer injustice. The world’s spotlight is very much on the U.S. right now, but this is an issue for all of society globally,” Barr added.

On June 2, Rob Palleschi, CEO of G6 Hospitality—owner, operator, and franchisor of the Motel 6 and Studio 6 brands—shared a message sent to the company’s employees and franchise partners addressing recent events. “I do not know what it is like to be a Black man in America. I cannot imagine the pain, the frustration, and fatigue of racism and every day injustices. It saddens me to think of my friends, colleagues, and team members and so many Americans suffering this pain. As President Kennedy once said, ‘The only thing necessary for the triumph of evil is for good men to do nothing,’” Palleschi wrote. “At Motel 6, we honor the memory of Mr. Floyd and countless others who have also suffered at the hands of brutal racism by valuing diversity, inclusion and the contributions of all—regardless of race, creed, color, faith, sexual orientation, gender, or ethnic origin. We will ensure that every day is used as an opportunity for us to live up to this commitment—for our team members, our franchisees, our customers, and our community. I assure you we will do our part.”

On June 3, Geoff Ballotti, president and CEO of Wyndham Hotels & Resorts, posted a video to his LinkedIn to make a statement regarding current events. He said, “As a company built on the commitment to equality, we all have a role to play in ensuring that our Count on Me culture continually challenges and tears down the prejudices that facilitate such acts of hatred. George Floyd deserved to live a life full of respect, dignity and opportunity. A life we all need to ensure we promote across Wyndham—whose values are grounded in caring, respect, inclusiveness, and fundamental human rights. Let’s never underestimate the power of compassion and conversation. Let’s not be afraid to ask the questions we’ve been uncomfortable to ask in the past. It’s OK if you don’t know exactly what to say or how to say it. What matters is that you can feel comfortable knowing that when you are talking to your Wyndham family, they’ll be listening. Let’s be there for each other. And let’s all continue to give our time, attention, and action to the causes and organizations we’re passionate about in our communities.”