Home Advice Circumstances That Could Lead To Accusations of Price Gouging 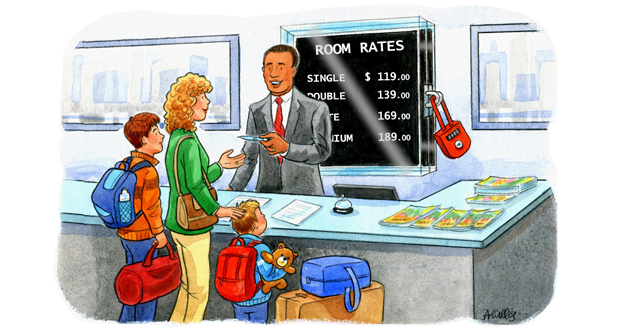 Earlier this year, when wildfires in California began to spread and grow to out-of-control proportions, thousands were forced to evacuate. Some stayed with family or in designated shelters, but for many, when a large-scale emergency occurs, hotels are the only option. With natural disasters like hurricanes, floods, and tornadoes seeming to happen with frightening regularity, an unfortunate byproduct has been increasing enforcement of state price gouging laws against hotels.

So-called “price gouging” is when a business providing essential consumer goods or services takes advantage of abnormal market conditions caused by events—such as natural disasters, armed conflicts, or other crises—by raising prices to excessive levels. “Abnormal market conditions” is the term typically found in anti-price gouging statutes to describe when an emergency drives an unusual increase in demand for certain basic goods and services deemed necessary for human comfort and survival. Food, fuel, and shelter are the common examples of essential goods or services to which these laws have been applied. Or, to state things more precisely, the providers of those items have found themselves the subjects of enforcement of anti-price gouging laws.

A common approach of anti-price gouging laws is to preclude businesses from raising prices by more than 10 percent compared to their prices immediately before the declaration of a state of emergency, and that limitation would remain in effect for 30 days from the declaration of the state of emergency. The 30-day period can usually be extended when a governing official declares such an extension to be in effect. Failure to comply with the limitations could expose the businesses to civil and/or criminal penalties and possibly private claims by affected consumers.

There can be little argument that lodging is considered to be an essential consumer service under anti-price gouging laws. Some state anti-price gouging statutes specifically identify hotels and motels to be providers of essential services, and these laws contain specific language addressing how hotels and motels must restrict their rates while the limitations are in effect. Other statutes do not expressly mention hotels or motels, but through enforcement by consumer protection agencies, these states have shown that they clearly regard lodging to be an essential consumer service that is subject to the anti-price gouging laws. In 2016, state attorneys general and district attorneys began to aggressively target hotels for investigation when states of emergency are declared, and this trend has continued throughout 2017.

When a consumer protection agency initiates a price gouging investigation against a hotel, the allegation is that room rates charged during and soon after a disaster or crisis exceed prior rooms rates by an exorbitant amount. The implication is that the hotels are taking advantage of abnormal market conditions resulting from a disaster or other emergency to profit from it. Hotels are being required to disclose comparative room rate data to investigators seeking to prove price gouging. The issue is complicated by the fact that many hotels set rates on a semi-automated basis using systems that track demand and comp set rates published by competing hotels, and in those circumstances, room rates may fluctuate beyond the imposed statutory limits without hotel personnel controlling the fluctuations. Moreover, investigators are not always aware of nuances in the hotel industry that should fairly be taken into account when deciding what comparative rate data to use as evidence. For example, comparing rates on a Tuesday to a weekend rate is likely a flawed approach due to differences in typical demand, but not all investigators understand those distinctions.

Responding to investigations can be time-consuming and expensive, and, as touched upon above, in some cases, the explanations for room rate movement is complex and difficult to explain persuasively to investigating agencies. Hotels under investigation for price gouging are at risk for significant penalties.

Hotels should be aware of whether the state in which they are located has an anti-price gouging law, what things trigger rate limitations, and the nature, extent, and timing of those limitations. In addition, when a natural disaster, civil unrest, or other crisis occurs, hotels must consciously exercise control over the movement of their room rates so that those rates do not exceed legal limitations.

About the Author
Sandy Garfinkel is a member of the law firm of Eckert Seamans Cherin & Mellott, LLC. He is the founder and chair of the firm’s Data Security & Privacy Practice Group and a member of its Hospitality & Gaming Practice Group. He can be reached at (412) 566-6868 or at sgarfinkel@ eckertseamans.com.

Finding Business in 2020: Capturing Demand in Beach Markets and Beyond

Protect IT Investments in the Event of a Disaster

Hotel Life Safety: All Those Responsible, Say “I”