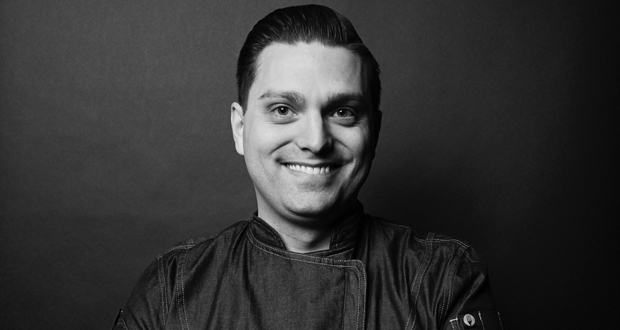 ATLANTA–The St. Regis Atlanta, an unparalleled in-town resort in the enclave of Buckhead, appointed Chef Jordan Barnett as the property’s new executive chef. Jordan is an established leader in the restaurant industry with a career spanning more than a decade who has held various positions in the culinary industry from chef de partie to executive sous chef. He will be responsible for overseeing all culinary initiatives, including operations at Astor Court and The St. Regis Bar, as well as in-room dining, banquets, and catering.

Jordan has spent the majority of his career with The Ritz-Carlton, a luxury brand of hotels under Marriott International, which recently added St. Regis to its upscale portfolio. Jordan’s epicurean journey began in 2005 when he joined the opening team at The Ritz-Carlton, Grand Cayman as an entry level cook in the banquet kitchen. Within only seven years, he attained the position of chef de cuisine at the property’s luxury steakhouse, Seven Restaurant, an achievement very difficult for chefs to accomplish. During his seven-year journey to sous chef, then to restaurant chef, and again to chef de cuisine, he achieved the Four Diamond Award in 2014 and 2015 and was nominated for the Marriott International Rising Star Award of Culinary Excellence and the Cayman Islands Tourism Association Restaurant Manager of the Year Stingray Award. During his tenure, he also received the “Best Food” designation at the Annual Taste of Cayman in 2012 and 2013, Cayman Island’s “Best Burger” from Flava magazine for his Bar Jack’s Caribbean Burger in 2012, and The Ritz-Carlton’s Leader of the Quarter Award in 2013.

His success led him to return home to his native Canada in 2014 as the executive sous chef at The Ritz-Carlton, Toronto. In this role, he was responsible for three venues and catering outlets, many of which became a focal point and gathering spot each year for celebrities and movie executives during the Toronto International Film Festival. Most recently, the Ritz Bar, led by Chef Jordan, was given the Peruvian trademark by the Peruvian ambassador to Canada for the authenticity and elevated presentation of the restaurant’s Peruvian menu and became one of only two restaurants in Canada to receive the honor. In addition to receiving The Ritz-Carlton’s Leader of the Quarter again in 2016, Chef Jordan was very involved in the Toronto community, where he participated in raising funds for hunger, while also spending time with less fortunate local teens, imparting his passion for food and inspiring them to pursue careers in the hospitality and culinary industry.

“With more than 10 years of luxury hospitality and culinary experience and his success quickly working his way up the ranks in diverse culinary roles at Marriott, Jordan is the ideal candidate to join the team here at The St. Regis Atlanta,” said The St. Regis Atlanta’s General Manager Guntram Merl. “We have no doubt Chef Jordan’s talent and experience will be an extraordinary addition to our culinary team, and he will continue to elevate the dining experiences at the hotel.”