Home Finance & Development Finance Smart Spending: Where and What To Invest 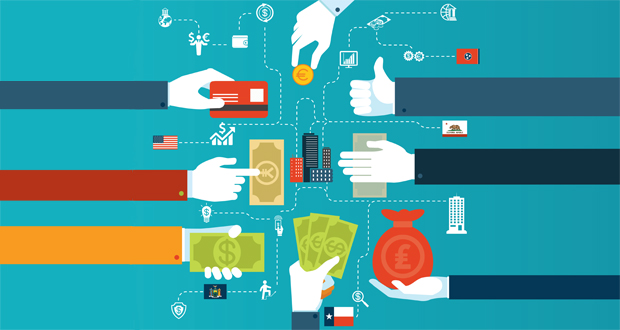 For the past several years, the hotel industry has enjoyed solid economics and record-setting growth following the difficult era of the Great Recession. Now, the tides are turning once more, and the industry is starting to show slower—but still steady—growth. While hoteliers are aiming to capitalize on a still-strong market, lenders are starting to tighten up and there is less available debt for the taking. This is making many investors move cautiously, looking to make the most of their dollars.

On the financing side is Jordan Ray, principal of The Debt & Equity Finance Group at Mission Capital Advisors, where he oversees business development, strategy, placement, and execution of real estate capital on behalf of major owners, investors, and developers nationwide.

Ray is quick to say that he rarely advises clients specifically on where they should invest, preferring instead to focus on the deals that are being done currently. He also makes clear that his comments are based on the deals being done at his own firm, which he says has no designated hotel group but likely handles more of those types of transactions than those that do. “Mission Capital represents a lot of really different and interesting hotels, developers, owners and operators, and projects,” Ray explains. “And we aim to do what’s best for our clients at any given part of the cycle.” Most of his deals, he says, involve raising debt, though his firm handles a few equity deals each year. He also adds that when his firm believes especially strongly in a particular deal, they may invest along with the client. “This is mainly because we believe in what we’re selling.”

Steve Kirby is managing principal of Mumford Company, a hotel brokerage and advisory services firm, where in addition to being an active broker, he manages the marketing and administration operations of the company’s five offices. Kirby says right now is a good time both for buyers and sellers, but maintains that it’s difficult to generalize what constitutes a “good investment” due to regional taste differences. “Lodging is a street-corner business; what works in Atlanta may not work in N.Y.” However, he maintains, the most popular type of hotel investments continue to be limited-service projects with a mid-market focus. “Most of those types of properties, which have been developed over the past 20 years, have been very successful.” Yet, noting what he calls “amenity creep,” Kirby says the lines are becoming blurred between
upper-scale and mid-market properties. “It is often difficult to tell the difference other than in the meeting space. The rooms are just as nice. They have slightly more amenities at the full-service hotels, but in general, the product offerings in the guest rooms and in the public areas are very similar.”

Changing Consumer Preferences
Perhaps in line with Kirby’s observation about “amenity creep,” Ray discussed how the rise of a new kind of consumer has driven investment in properties that would have been tough sells in the past. “Consumers’ preferences and what they actually want out of the lodging experience is changing. There is more demand for less traditional, more experiential hotel stays.”

Ray observes that the reasons for going to one hotel over another are changing. “While in the past, people might choose a hotel because it was a flagship, near a particular attraction or business location, or due to a loyalty program, an increasing number of people want to be able to work, eat, hang out, and do things in places where they are comfortable.” This, he says, can have a very desirable snowball effect. “When people enjoy spending time in the hotel as well as the location’s attractions, they are more likely to become loyal and spend their money as well as time there, and to generate buzz through social media and digital marketing, encouraging their friends to check out those places, too, when they come to those major markets.”

Ray notes also that in many of these major markets, an increasing number of hotels have become hubs for gathering. “Many people still want to hang out in the lobby of the Ace Hotel in Midtown Manhattan when visiting New York, but there are about 12 different places like that right now, where everyone wants to hang out in the lobby. The experiential part of that makes us want to stay there. So, there are a lot of other draws versus loyalty programs.”

Given his belief in these types of properties, it should come as no surprise that these are the ones his firm gets increasingly behind, to the extent that Mission Capital has developed a niche of sorts, financing less conventional, distinctive hospitality spaces; they include Graduate Hotels—which are in “dynamic university towns,” such as Ann Arbor, Michigan—and also what might be considered lifestyle or boutique hotels.

Ray says selling lenders on boutique properties isn’t that different than selling guests on booking a hotel stay. “It used to be challenging to finance these unique properties, but a market for these assets has developed, so there is now an appetite among lenders for these types of properties, which have become easier to sell,” says Ray. Being able to explain the appeal of an asset that provides an alternative experience, he says, is essential in order to sell a client on buying or developing it. “It all comes down to people. Just like other human beings, those making decisions about investments often need to do more than just hear or read about them. They often need to experience them for themselves to understand their appeal.”

Demand Generators
Ray believes that properties that will stand the test of time are best located in environments where there are demand generators—e.g., state universities, capitals, and growth—and “a great sense of place.” He maintains, “Even though preferences change, a lot of really great assets are being created without the help of big brand names, and these assets are becoming synonymous with the place.”

Both Ray and Kirby noted the trend toward incorporating hotels into larger mixed-use developments, including those with residences. “The way that we look at that, is, obviously, there are shared elements between residence and hotels, but when you have condos, you end up dollar cost averaging down your basis in your hotel room,” says Ray. “I think nearly everywhere a developer has done some retail, restaurants, and living space, they try to incorporate a lodging product of some kind,” says Kirby.

Changing Investment Environment
Ray and Kirby also weighed in on the impact of a stronger dollar—which has made investment by foreigners more expensive—and the challenges posed by either the reality or perception of tighter money.

Although Kirby says he believes obtaining loans is becoming more difficult for both construction and purchase, he considers it “doable but more difficult” for new construction. “The lenders are tightening on the new construction front without a doubt. We had our first rate increase in 10 years, and fully expect a couple more, but I think that the developers and operators are pricing that into their offers these days.”

Ray agrees that there are challenges, but says it’s his job to identify and overcome obstacles and make smart decisions.

“Of course, we would rather finance cash-flowing assets at this point in the cycle, but we earn our stripes by getting deals done in a certain environment, and we are getting them done.” Whether or not it is due to less purchasing power by foreign investors and tourists or by perceived problems with hotel room supply in New York, Ray says, the reality is that more deals with his firm are currently happening in markets like Austin, Chicago, Seattle, L.A., and Miami.

As far as foreign investment goes, Kirby, who maintains that “the U.S. is probably the safest investment market in the world now,” finds it hard to tell if the strong dollar has hindered it. “Chinese investors seem to be hampered more by restrictions their own government is placing on the allowable number of large acquisitions than by the strong dollar’s impact on the cost of these acquisitions. I don’t know if they limited it, but they have restricted it to further review before they allow the large acquisitions that they once did.”

Looking Ahead
While Kirby says there are opportunities for both buyers and sellers now, he believes prices are maintaining high levels despite the spate of new construction—a pipeline that includes 4,960 projects and 598,688 rooms as of the end of 2016, according to Lodging Econometrics.

Kirby also says, “We think now is a good time for a lot of people to get out, not necessarily to get out of the market, but to reallocate their capital.” However, buyers who can operate a property more efficiently than the previous owner, he says, can profit by driving more money to the bottom line, if the top line stays the same. “I think we are going to see a lot of transactions this year, but now is a good time to take some profits if you can.” He reassures that this will change, as always, and there will be a buy and building opportunity over the next few years again. “Labor costs will definitely rise over the next few years. The top line should be okay, the bottom line is probably going to be weaker going forward for the near term,” he explains.