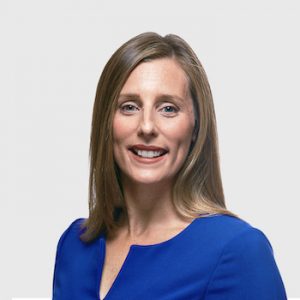 During the recent 44th annual NYU International Hospitality Industry Investment Conference, STR and Tourism Economics released a revised timeline for RevPAR recovery, maintaining that “on a nominal basis, the metric is now expected to surpass 2019 levels in 2022.” A major factor in that timeline, President of STR Amanda Hite told LODGING, was an adjustment in the average daily rate to +$11, $1 more than the previous forecast. What she calls a “conservative estimate of an expected achievable goal for rate,” she explains, factors in “the risk of a light recession with no anticipation of mass layoffs and household finances in a strong position to mitigate recession impacts.”

What went into determining this forecast during such a volatile period?

This revised ADR from +$10 just a month ago to +$11 is quite rare; in fact, it’s only the second time this has happened during my 16 years at STR. Yet, weighing factors such as what a mild recession might do to the industry in 2022 compared to what the severe one did in 2008, we feel really confident that the bulk of our traveling consumers—people who are generally highly educated and employed—will not be impacted by a mild recession coupled with a room rate likely to be 3 percent higher in 2023 than in 2022. There is also a greater discipline among owners around revenue management that has enabled a higher room rate. They are willing to sacrifice some occupancy for rate at least partly because their own expenses, which now may include repaying loan interest deferred during the pandemic, are higher. You have to be disciplined in driving the revenue, not just try to push on.

What was the significance of the increase in GOPPAR?

This number showing that margins are hitting record highs takes into account expenses, many of which were temporarily lower during the pandemic. For example, F&B costs related to banquet and catering were down because there was little or no group business; and while the cost of labor did rise, employment levels that were 80-90 percent below the pre-Covid period meant we were paying fewer team members.

Although total labor costs may not rise significantly—even while salaries may compete for scarce staff—we are likely to see slippage in the margins with the return of group travel plus those loan repayments.

What is your overall expectation of a return to profitability for hoteliers?

It’s hard to generalize. Overall, the growth is great and the fundamentals are good, but, for any individual hotelier, it all depends on the kind of property you own, its market, its consumer base, and, of course, the expenses it must bear.

In our forecast, we haven’t projected much growth in leisure for the rest of the year, and expect that to slow somewhat when people begin traveling internationally again. But, at the same time, we expect group and business demand to perk up and are finding that our prediction that weekday occupancy levels would pick up has been spot on, though not yet back to 2019 levels.

Do you believe consumers will continue to be willing to pay higher room rates?

Right now, about 41 percent of hotels are achieving ADR growth above inflation. While travelers who generally book rooms in the economy sector may at some point be priced out of rooms entirely, the slack will probably be taken up by consumers who “trade down” from pricier options.

We are keeping an especially close eye on the economy segment for any kind of deterioration. We can see that occupancies there have somewhat plateaued, but that sector never did experience the downturn to the extent the others did. Now, with interest rates rising to bring down inflation and slow the economy, we’re expecting a slowdown, but not one that will seriously harm any single sector.