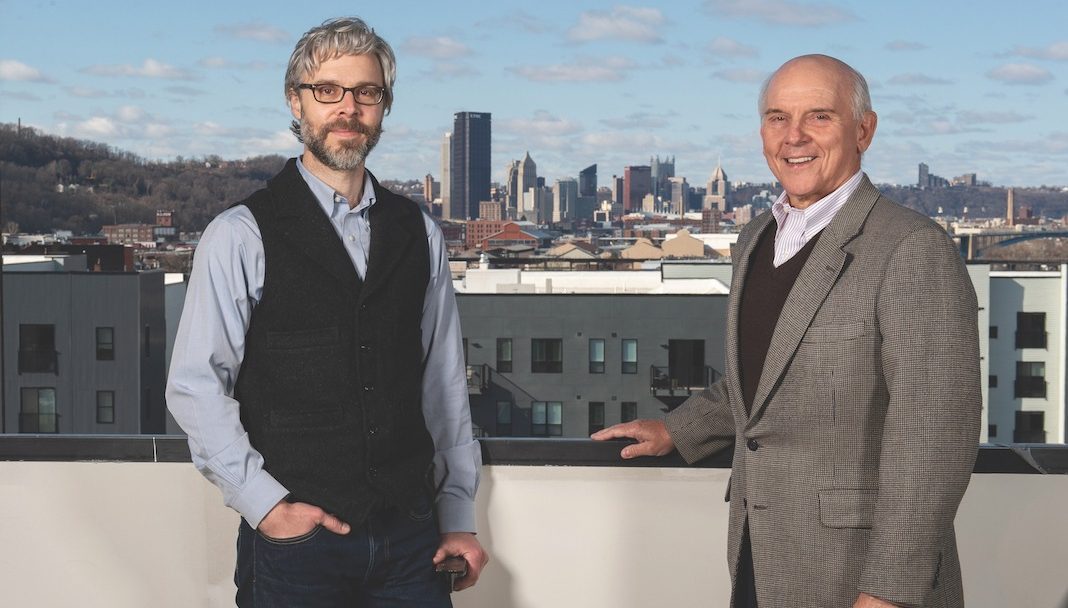 In 1992, Century Equities, a real estate development company based in Wheeling, West Virginia, acquired its first hotel in Saint Clairsville, Ohio. The success of this property, which the Century Equities team transformed into a Hampton Inn, inspired the company to invest in more hotels, and two decades later, it decided to open a property under the Microtel® flag. This was the start of a strong collaboration between Wyndham and Century Equities, which now owns and operates 10 properties—many of them under the “by Wyndham” banner and winners of the TripAdvisor Certificate of Excellence—across West Virginia and Ohio. In May, Century Equities opened its latest hotel: a TRYP by Wyndham® in the Lawrenceville district of Pittsburgh, a community that Money magazine called “America’s Coolest Neighborhood” in 2017.

“What attracted us to TRYP by Wyndham… is that the TRYP brand takes on the spirit and feel of its location and incorporates local color into its design.”

Century Equities was founded by Danny Aderholt as a general real estate firm in 1984. After adding a Microtel to the company’s portfolio in 2012, Century solidified its relationship with Wyndham further over the next five years, adding five more Wyndham-affiliated hotels to its portfolio. Josh Aderholt, a principal at Century and son of its founder, noted that the company’s success with Wyndham brands—including Wingate by Wyndham®, Hawthorn Suites by Wyndham®, Microtel Inn & Suites by Wyndham®, and Super 8® by Wyndham—has led to a strong partnership and a sense of mutual trust. “The numbers are clear—the Wyndham-affiliated properties in our portfolio perform extremely well in their markets,” Aderholt says. As an example, Aderholt points to the company’s Hawthorn Suites by Wyndham Wheeling/Triadelphia in West Virginia, which saw a RevPAR (Revenue Per Available Room) Index lift of 6.5 percent YOY (2018 versus 2017). He also notes that every Wyndham-affiliated property in Century Equities’ portfolio outperforms its comp set in RevPAR.1

The relationship, Aderholt explains, flourished due to the support Wyndham provided. “Through our partnership with Wyndham, we were able to incorporate innovations in how we built out and operated these properties and could command a rate competitive with neighboring properties higher on the chain scale. We also earned the trust of Wyndham, and our relationship became very close.”

During this period, they had the opportunity to purchase a former trade school building in Lawrenceville. The property, Aderholt says, was built in 1901. Some previous developers had intended to tear it down and build a new structure—a plan that did not sit well with the local community. “We wanted to celebrate the fabric of the neighborhood, and do something that added to its appeal,” Aderholt says. “We were happy to work with the community to secure their support and the necessary approvals.”

Once the Century Equities team had figured out how to make the hotel work architecturally, they needed to figure out which brand would be the best fit, considering several of the lifestyle brands that major hotel companies were aggressively rolling out at the time. Aderholt explains, “What attracted us to TRYP by Wyndham—aside from the fact that we already had a very close relationship with Wyndham—is that the TRYP brand takes on the spirit and feel of its location and incorporates local color into its design.” Additionally, because Aderholt had lived in Lawrenceville for 10 years, he believed many people would choose their hotel specifically for its location. “It was clearly in our best interest to deliver the experience of that neighborhood.”

Aderholt calls challenges such as varying room sizes and unexpected irregularities par for course with the adaptive reuse of an older building. “They were mostly issues related to the fact that we were converting classrooms into guestrooms in an old building. When rooms are all the same size—e.g., standard single king, double king, double queen—it’s very easy to lay out and furnish them. But we have over 40 different room types, so that created a lot of work for our architects, and it made the furniture, fixtures, and equipment process more challenging.”

As for Wyndham’s involvement, says Aderholt, “Wyndham was great, providing support when we needed it.” That support, he says, made all the difference during their early efforts to secure financing. “Bankers are very risk-averse, and Wyndham was instrumental in helping to give them the level of confidence they needed to commit to the deal. There were multiple visits to Pittsburgh, including by brand leaders and Wyndham’s CEO, Geoff Ballotti.”

Delivering on a Promise

Aderholt says the property completely delivers on the TRYP promise. “It ended up being a lot of work for us to achieve our vision, but the finished product is great. It has a killer year-round rooftop restaurant with Mediterranean-inspired food and gorgeous views—you feel like you’re on top of the world. There’s also a street-level restaurant off the lobby. Additionally, because the property functioned as a vocational school from 1901-2006, each of the guestroom floors features local art and has a different interior theme loosely tied to one of the trades once taught there. The entire hotel offers a sense of place and history, and we are so proud of the finished product.”

1 Your individual results may differ. There is no assurance that you’ll earn as much. This is not an offer. Federal and certain state laws regulate the offer and sale of franchises. An offer will only be made in compliance with those laws and regulations, which may require we provide you with a Franchise Disclosure Document. For a copy of the FDD contact Wyndham Hotels & Resorts at 22 Sylvan Way, Parsippany, NJ 07054. All hotels are independently owned and operated with the exception of certain hotels managed or owned by a subsidiary of the company. © 2019 Wyndham Hotels & Resorts, Inc. All rights reserved.

Repositioning for Recovery: Deciding Factors When Determining a Hotel Brand or Flag Change