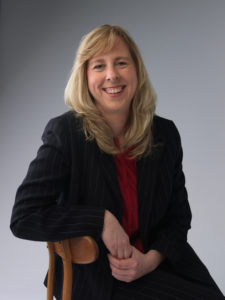 Below are more of this week’s notable hospitality comings and goings.

Marriott International appointed Paul Loehr to the newly created role of regional vice president of Canada development. Loehr will lead the new unit’s growth across the country through long-term management contracts and franchise agreements for all Marriott brands. For the past decade, Loehr has focused on expanding Marriott’s full-service hotel portfolio in the United States.

Scott Gingerich will collaborate with executive chefs to create food and beverage concepts in his promotion to senior vice president of restaurants and bars in the U.S. West for Kimpton Hotels & Resorts. Gingerich previously was responsible for overseeing restaurant operations in the western United States.

As executive chef of The St. Regis New York, Mark Arnao will be responsible for all culinary operations of the flagship property, including Astor Court restaurant and King Cole Bar. Arnao served in the same position for The Ritz-Carlton New York, Central Park and the Westchester Country Club.

Kattie Maldonado will develop advertising campaigns and strategies at both international and local levels as marketing director for Driftwood Acquisitions and Development. Maldonado was recently communications director for IGS World where she managed social media and public relations efforts.

With 15 years of revenue management experience, Angela Lockyer will enhance sales experiences and internal marketing operations as director of sales and marketing for Viceroy Santa Monica. Lockyer represented 11 resorts and three brands for Kerzner prior to joining Viceroy.

Natasha Casillo, a London native, began her career as a front desk intern at the Boston Marriott Cambridge. Twenty years later, Casillo has worked her way to general manager of the Courtyard by Marriott Boston Downtown/North Station, which opened in March of this year.

When the Crowne Plaza Riverside Village in North Augusta, S.C., opens in late 2018, Jeffrey Brower will be responsible for sales and operations as general manager. Brower served as senior general manager of Westfield Montgomery regional mall in Bethesda, Md., before moving to the hotel.

Opening in fall 2018, Texican Court welcomes John Thomas as general manager, where he will develop systems and a process for opening. Thomas began his career in 2000 as a banquet set-up attendant and worked his way to multiple leadership roles.

Another hiring for Benchmark Hotels & Resorts is Eric Bates, new general manager for Eaglewood Resort & Spa near Chicago. During his career, Bates has served in different leadership positions for large hotel brands, and was most recently general manager of the Chicago Marriott Lincolnshire Resort.

Justin Jabara Takes Over as President of Meyer Jabara Hotels