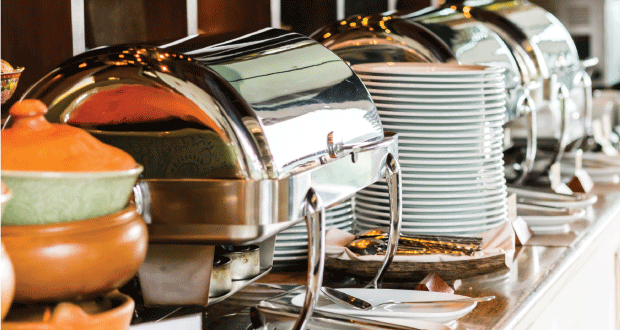 LAS VEGAS—MGM Resorts International has partnered with Three Square Food Bank to create a new standardized program for the safe collection, preservation, and service of surplus banquet food to help reduce hunger in Southern Nevada. MGM Resort properties will donate surplus hot banquet food that has been prepared but not served to Three Square, which then freezes the food through blast-chilling technology and stores it until a community need arises. This strategy gives hunger relief agencies the ability to order prepared entrees and menu items from Three Square, incorporating them into their ongoing meal planning. The program is expected to provide 800,000 meals by 2020 to people combating hunger.

Food insecurity is one of the most serious public health challenges in the United States, according to statistics from the United States Department of Agriculture. One in seven Americans is unable to meet their regular, nutritional needs to sustain a healthy life. More than 279,000 people struggle with hunger in Southern Nevada, including 109,000 children.

“Food insecurity is an issue that means a lot to me, and to the 55,000 MGM Resorts employees who live and work in Southern Nevada,” says Phyllis A. James, chief diversity and corporate responsibility officer of MGM Resorts. “Those who struggle with hunger in this community are our friends and our neighbors. We care about them. I believe those in privileged positions have a moral obligation to lend a helping hand to help pull up those in need. This new development gives us another tool in our collective community arsenal against hunger.”

The pilot program for donating banquet food began at ARIA Resort & Casino in 2016. Since then, a team of banquet chefs, food safety experts, and others collaborated to develop protocols–emphasizing proper food safety principles–for large-scale recovery of this type of food, which otherwise would be wasted. In approximately a year’s time, the resort donated more than 100,000 pounds of food totaling 80,000 meals.

As part of its program announcement, MGM Resorts also highlighted its award of a two-year, $768,000 grant to Three Square to help the nonprofit create an infrastructure that will allow this program to expand to the company’s major convention resorts, including Bellagio, MGM Grand, The Mirage, and Mandalay Bay. The program will continue at ARIA.

“We are often asked what Las Vegas hotels do with their leftover food,” said Brian Burton, president and CEO of Three Square Food Bank. “Today, we have a consistent, scalable answer to that question, one that will feed more food insecure people in Southern Nevada. Combating food insecurity and hunger is a collaborative effort. MGM Resorts is helping to establish a successful, standardized process that others will be able to follow.”

MGM Resorts and Three Square have developed standard operating procedures to ensure the safe, consistent and replicable collection of surplus banquet food. Over the next few months, those best practices will be available to others, in hopes of inspiring similar action across the hospitality industry.

Fighting food insecurity is one of the company’s philanthropic areas of emphasis. MGM Resorts played a central role in the founding of Three Square in 2007. MGM Resorts’ Las Vegas employees have donated more than 3.3 million pounds of canned food to Three Square since 2010. Company employees support the food bank’s efforts year round through MGM Resorts Foundation donations and employees’ volunteer efforts. Since the founding of Three Square, MGM employees have volunteered more than 47,000 hours in support of the non-profit’s mission.

MGM Resorts also participates in other aid to Three Square, such as Restaurant Week. To ensure that school children who struggle with hunger received meals through the summer months, in each of the past two years, 2016 and 2017, MGM Resorts gave a $50,000 grant to fund Three Square’s Back Pack for Kids program.

Hotel Brands Prepare for the Return of Meetings and Events