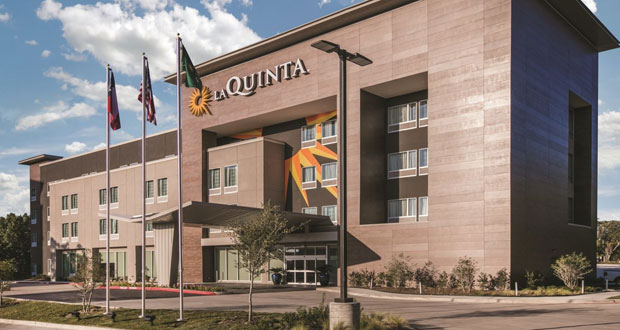 PARSIPPANY, N.J. and IRVING, Texas—Wyndham Worldwide Corporation and La Quinta Holdings Inc. announced today that they have entered into a definitive agreement under which Wyndham Worldwide will acquire La Quinta’s hotel franchise and hotel management businesses for $1.95 billion in cash. The acquisition is expected to close in the second quarter of 2018.

With the acquisition of La Quinta’s asset-light, fee-for-service business consisting of nearly 900 managed and franchised hotels, Wyndham Hotel Group will span 21 brands and over 9,000 hotels across more than 75 countries. The addition will build upon Wyndham’s strong midscale presence, expand its reach further into the fast-growing upper-midscale segment. In addition, the move will combine the La Quinta Returns loyalty program, with its 13 million enrolled members,  with the Wyndham Rewards program, with its 53 million enrolled members.

“La Quinta will immediately become one of our flagship brands,” says Geoff Ballotti, president and CEO of Wyndham Hotel Group. “It is an exceptionally strong brand that is led by service-minded associates who deliver some of the highest customer engagement levels in our industry. We expect that La Quinta guests and franchisees will benefit from our intense focus on product quality and our best-in-class technology, digital, loyalty, and distribution platforms. This acquisition also significantly expands our hotel management business and provides us with substantial new opportunities to drive increased growth in our business.”

Keith Cline, president and CEO of La Quinta, adds, “As we anticipated, the separation of our businesses is enabling greater strategic clarity and allowing our company to take advantage of growth opportunities that naturally flow from each business model. To that end, we are excited to announce the addition of the La Quinta franchise and management businesses to Wyndham Hotel Group’s portfolio. We believe that, under the management of Wyndham’s seasoned team of executives, the La Quinta portfolio will grow and thrive, yielding long-term benefits to the stakeholders of both companies.”

The transaction, which has been approved by the boards of directors of both companies, is expected to close upon the completion of the planned spin-off of La Quinta’s owned real estate assets into the separate entity. Closing is subject to approval by La Quinta stockholders, regulatory and government approval and the satisfaction of other customary closing conditions.

La Quinta also announced that Keith A. Cline has been appointed president and CEO of CorePoint Lodging effective upon completion of the planned spin-off.

Wyndham Worldwide’s planned spin-off of Wyndham Hotel Group remains on track for an expected distribution in the second quarter of 2018.