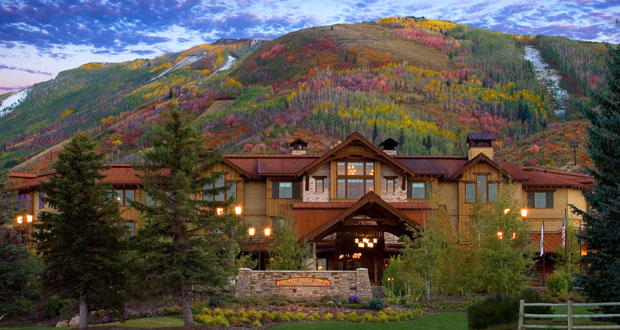 This week, Marriott’s Autograph Collection Hotels—an associate partner of the Sundance Institute and 2018 Sundance Film Festival—will return to the Sundance Film Festival in Park City, Utah, for the third year of its Indie Film Project—a multi-faceted platform designed to support the art of storytelling by shining a light on today’s most-talented screenwriters, filmmakers, and distributors working in independent film.

Together with partners Franklin Leonard and the Black List, as well as newly-appointed independent film advisor to the Indie Film Project, actress Maggie Gyllenhaal, Autograph Collection Hotels will bring back “The Retreat” at Hotel Park City. The hotel will host a series of exclusive parties centered around and championing diversity and individuality in the indie film industry.

The winter lodge-style lounge will offer festivalgoers a respite from the festival, with activities including celebrations of film premieres like “The Kindergarten Teacher,” written and directed by Sara Colangelo and starring Maggie Gyllenhaal and Gael Garcia Bernal. Special guests from the film will attend the cocktail and dinner event on Friday, Jan. 19, including Parker Sevak, Anna Baryshnikov, Rosa Salazar, and producer Celine Rattray.

Also on Friday, the hotel will host an evening with indie filmmaker Todd Haynes, along with Killer Films’ co-founder Christine Vachon, in celebration of Haynes’ retrospective taking place at Sundance. In the thirty years since he burst onto the indie scene, Haynes has established himself as one of most distinctive voices in American cinema.

Sundance Institute & Diversity Initiative, the Black List, and Autograph Collection Hotels will also partner to hose the Second Annual Power Women’s Cocktail on Saturday, Jan. 20. The event will be co-hosted by Issa Rae (Insecure), Aisha Tyler (Axis; Criminal Minds), and 20th Century Fox’s Moira Griffin–celebrating the vital female voices in independent film, from screenwriters and actors to directors and producers. Also on Saturday, the hotel will host a special performance by Martha Wainwright to fȇte this year’s independent films that exhibit vision, passion, and the power of diversity and perseverance.

On Sunday, the hotel will wrap up the festival by hosting a private dinner celebrating “BLAZE” in partnership with writer/director Ethan Hawke. “BLAZE,” which is in the festival’s prestigious Dramatic Competition section, was filmed with support from Watermark Baton Rouge Hotel and Autograph Collection Hotels’ Indie Film Project. The event will be followed by a Late-Night Karaoke Party with DJ Wade Crescent & Blind Dragon.