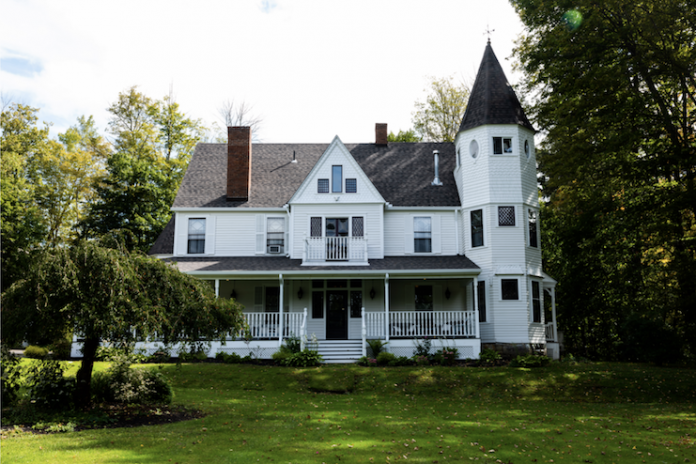 LENOX, Massachusetts—Following extensive renovations, three boutique properties located in downtown Lenox are reopening together as part of The Lenox Collection, a newly reimagined family of inns connected by their historical roots in the town and contextual design. Part of the reopening is Ophelia’s, a 66-seat restaurant and bar offering farm-to-table food in an indoor-outdoor setting with local ingredients and a cocktail list. New York-based 388 Ventures acquired the properties in 2021 and brought on independent hotel management company Life House to lead design and branding, as well as oversee all hotel and F&B operations leveraging their tech-enabled management platform.

“We’re pleased to announce the launch of The Lenox Collection, with a design language that pays homage to each property’s history while catering directly to the clientele visiting the increasingly popular four-season destination that the Berkshires have become. With Ophelia’s reopening right downtown, we’re excited to be a mainstay in the already impressive Lenox culinary scene,” says Russell Lange, partner at 388 Ventures.

The Whitlock, formally The Church Street Inn, was built in 1771 by John Whitlock, a local farmer who turned his two-room farmhouse into an inn for stagecoach travelers. The property now takes cues from its surroundings and is reminiscent of its farmhouse origins. Ophelia’s, the Whitlock’s bar and restaurant, pays homage to the ingredients and labors of the hotel’s namesake.

Located in the center of town is The Constance, formally the Rookwood Inn, which was built in 1825 as The Williams Tavern. In the 1880s, it was purchased by Frederick Constance Peters, a businessman from England, who turned the property into ancillary lodging for owners of Lenox’s famed Gilded Age estates. The inn has been reimagined with a renovation to restore and enhance the character of the property.

On the north side of town is The Dewey, formally the Birchwood Inn, which was originally built by Israel Dewey, a founding member of Lenox’s Continental Congress Committee when the town was incorporated in 1767. Over the years, the site has taken on many lives, owned by various people in the Berkshires. Today, the newly reappointed inn carries on its tradition of hospitality.

“We are thrilled to reintroduce The Lenox Collection as the Berkshires hospitality landscape continues to mature,” says Bryan Dunn, managing director and head of growth at Life House. “In the past year alone, the market has seen luxury lifestyle brand Miraval open their first East Coast property, world-renowned designer Ken Fulk acquire the Blantyre, and Life House breathe new life into the Wheatleigh, a Leading Hotels of World property. The Lenox Collection delivers a locally-rooted boutique experience at a more accessible price point than these Five Star luxury hotels, catering to a large and diverse audience that is currently underserved by existing options in the market.”