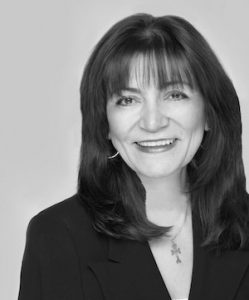 The hospitality industry is working toward hiring diverse individuals for leadership roles, and a standout in the field is Sonesta International Hotels Corporation. Sonesta’s Chief Operating Officer Vera Manoukian recently talked to LODGING about how her career path influenced her mission to bring on a more diverse staff with a focus on mentoring and supporting a work-life balance.

Vera Manoukian says she began her journey in the hospitality industry purely by accident. A former chemistry and math student, Manoukian was working toward her parents’ dream of her becoming a doctor. After receiving her chemistry degree, she realized she couldn’t stand the sight of blood or the thought of dissecting an animal. So, she went on to grad school and earned her MBA.

While looking for a job that could combine her science and marketing background, she spotted a “Help Wanted” sign in front of a hotel in Bedford, New Hampshire. She dropped in and soon began her “accidental” path toward a career in the hospitality world.

“I fell in love with the business and moved through my journey,” says Manoukian, who rose from the ranks of part-time concierge to becoming a general manager by the time she was 29 years old.

She served as the first female GM for Starwood Hotels and Resorts Worldwide, Inc., which was acquired by Marriott in 2016. She went on to serve in various leadership roles in a traditionally male-dominated industry where she gained experience in branding. She was then recruited by Hilton, who wanted a global brand leader with an operational background.
Finally, in 2020, during the height of the global COVID-19 pandemic, Manoukian became the chief operating officer for Sonesta, where she oversees operations at their 1,200 locations. She also oversees the brand and marketing teams, as well as the commercial team.

“It’s been an unbelievable ride,” Manoukian says, adding, “and now, being part of a company that’s grown exponentially overnight and exploded, it’s been a great opportunity for me to apply everything I’ve learned and hire a phenomenal team.”

Sonesta is one of the fastest-growing hospitality companies in the United States, and, thanks to Manoukian and her colleagues, female leadership is at the forefront of their growth; senior leaders include Chief Commercial Officer Garine Ferejian-Mayo, Chief Marketing Officer Elizabeth Harlow, and Chief People Officer Jennifer Rausch. And the representation doesn’t stop in the C-suite; approximately 45 percent of general managers throughout the Sonesta portfolio are women, which is a 36 percent increase from 2021. In addition, as of February 27, 2022, 55 percent, or 4,218, of Sonesta’s 7,611-member workforce (full service, focused service, and corporate) are women.

“I remember the days where I would go to a general managers’ meeting, even recently when I went to an investors’ conference, you’d see a sea of blue and gray suits, with one or two [women] sprinkled in the audience,” Manoukian recalls. “I took that very personally because there are a lot of females in sales roles and HR roles, but, as you get higher in the organization—GMs and above—the numbers start to dwindle.”

In her role as COO, Manoukian has made a deliberate effort to not only hire female candidates in leadership roles, but also support them with mentors and advocates, and provide them with further opportunities in the business.

“There was a fallacy in our industry that says you can either be a good leader in hospitality, but you can’t be a family person,” she says, adding that she recognizes women’s needs to have the support from their company to excel at their job while not causing their families to suffer.

“It’s really important that we open doors, and also make sure that these team members develop and grow and get those jobs that are typically dominated by men,” Manoukian adds.

In addition to offering support to its female employees, Sonesta offers an apprentice program to support young professionals starting out in their careers. In partnership with AHLA, Sonesta launched the Elevate apprenticeship program in 2021, where participants are partnered with a mentor, 60 percent of whom are women, attend curriculum courses, and participate in a speaker series where they learn how to deal with situational issues.

“We help them make the right decisions in how to deal with some challenges that we all face at work. It takes a lot of investment from everyone—the mentees and the mentors,” says Manoukian, who serves as a mentor. “I tell the young professionals to just learn—learn, learn, learn,” Manoukian explains. “The other thing is to be curious. Always ask questions and challenge the status quo.”

Young professionals also need role models, she says, adding that this is where a diverse leadership team comes in.

“I think it’s really important in our industry that as the younger professionals are looking, they see people who look like them—diverse—whether it’s female or diverse in other ways in these leadership roles so they can identify with them. We’re working hard to ensure that the senior team reflects all of our workforce…so [future leaders] can associate with them and say, ‘If they can do it, so can I.’”

Hiring a diverse leadership team, Manoukian says, brings a better mix of opinions and ideas to the table. Diversity, she adds, leads to better decision-making and enhanced problem-solving.