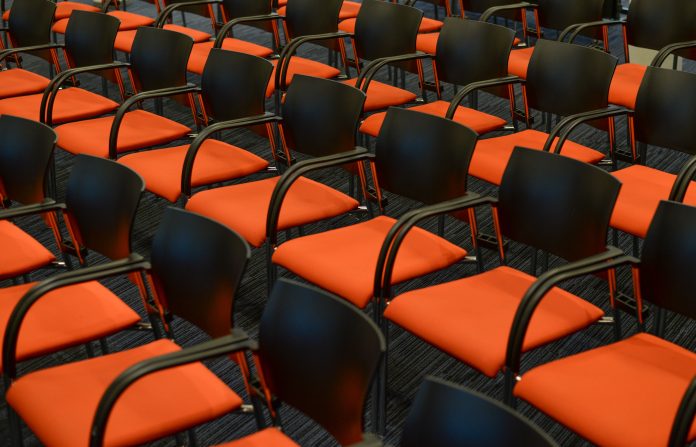 In light of the COVID-19 outbreak and recommendations from public health officials, several industry conferences have announced cancellations or rescheduled dates.

On June 23, AAHOA announced that its 2020 Convention & Trade Show scheduled to take place August 9-12, 2020, in Orlando, Fla., would not proceed in person due to new health and safety guidelines for combatting COVID-19 issued by the Florida Department of Health (DOH) on June 20. Parts of the convention would move to a virtual space, including industry keynotes and panels, speeches by AAHOA leadership, and secure, online elections for AAHOA’s Board of Directors and Secretary.

Northstar Travel Group and The BHN Group announced on August 25 that the 20th edition of ALIS—originally scheduled for January 25-27, 2021—will be held April 19-21, 2021 at the JW Marriott Los Angeles L.A. LIVE. In lieu of hosting an in-person ALIS in January, The BHN Group will host a live, online event called ALIS Winter Update on Monday, January 25, 2021.

The Architectural Digest Design Show—originally slated for March 19–22 and later postponed to June 25–28 at Pier 94 in New York—has been canceled.

The Boutique Lifestyle and Leaders Association (BLLA) announced on September 3 that the keynote speaker for the Boutique Lifestyle Digital Summit on September 17 would be Arianna Huffington, founder and CEO of Thrive Global, who would be interviewed by Melinda Stevens, editor-in-chief of Condé Nast Traveler, about mental wellness with a focus on boutique hotel employees. Additional speakers would include Ian Schrager, founder of Ian Schrager Company, Roger Dow, CEO of the U.S. Travel Association, and Jacques Olivier Chauvin, CEO of Fauchon Hospitality.

On July 16, the Digital Signage Expo—originally slated to take place at the Las Vegas Convention Center from March 31 to April 3 and then rescheduled to September 15-18, 2020—extended the show’s postponement to November 11-13, 2020, with access to the exhibit hall on November 12-13. Registration information will be retained “as is” for exhibit hall passes and conference selections.

Due to COVID-19, the American Hotel & Lodging Association (AHLA) postponed its ForWard 2020 event—originally slated to run June 24-25—to May 11-12, 2021, at the Hilton Chicago, and announced the launch of complimentary virtual events for members and their networks.

“This is due to recent developments regarding COVID-19 that include, but are not limited to, the declaration of a National State of Emergency by President Trump, the Nevada State of Emergency announced by Governor Steve Sisolak, the latest measures, including travel restrictions placed on foreign nationals traveling to the United States from certain EU member states and other places, the declaration by the WHO of COVID-19 as a pandemic, and the accelerating pace of confirmed cases worldwide and domestically,” the conference organizers—Stacy Shoemaker Rauen, editor in chief, Hospitality Design magazine and senior vice president, Emerald, and Kevin Gaffney, group show director and vice president, Emerald—wrote in a statement.

On July 27, Hospitality Financial and Technology Professionals (HFTP) shared additional details for its virtual CYBER HITEC, which consisted of three days of live programming starting on October 27. The content will remain available for on-demand access through November 25. Registrants will have access to an education program with more than 25 sessions, and speakers will be available to participants for Q&A. CYBER HITEC will also include virtual exhibit halls and exhibit booths, wherein companies can showcase their products through multi-media tools such as video, photos, and more. Company representatives will be available for one-on-one interaction. HFTP also announced virtual sponsorship opportunities for the event platform.

On July 13, HFTP announced that October’s “Best of HFTP” in-person events would pivot to the virtual CYBER HITEC taking place from October 27 through November 25, 2020. The in-person events, which included HITEC San Antonio, HFTP Annual Convention, and Club Forum, were scheduled for October 26-29, 2020 in San Antonio, Texas. In response to the continued health safety concerns and travel restrictions related to the current pandemic, the HFTP Global Board of Directors decided to switch gears and concentrate efforts on a virtual program, making this decision ahead of time to allow participants, exhibitors, stakeholders, and co-located event organizers to plan accordingly.

The HFTP Annual Convention will also be held under the CYBER HITEC banner. Attendees will have the opportunity to attend education sessions for both events.

On July 20, the High Point Market Authority opened online registration for the Fall 2020 High Point Market, scheduled for October 13-21, and announced the debut of a microsite to outline safety measures for the Fall Market. The revised structure is part of the #HPMKTsafe initiative to allow for social distancing and expected reduced capacity requirements within buildings and showrooms. During the registration process, domestic buyers and industry guests will select their primary attendance period based on the designated region for the home state of their company’s headquarters.

The High Point Market Authority announced on May 21 plans to expand its Fall Market dates to span nine days in an effort to spread out attendance and account for expected reduced capacity requirements for showrooms and buildings.

The Hotel Data Conference, which had been planning a hybrid virtual and limited in-person event in Nashville on August 13, announced plans in July to shift to a fully virtual conference. The virtual event on August 13 included six hours of programming. A webinar series that ran between June 25 through August 7 led up to the conference.

HSMAI and its Revenue Optimization Advisory Board are developing a new interactive format to deliver the learning, networking, and best practices sharing that usually takes place face-to-face annually at ROC. This move is due to the ongoing volatility and uncertainty around live events, and the decision by HFTP to move its HITEC event, usually co-located with ROC, to a virtual format.

On April 3, Hospitality Technology Next Generation (HTNG) announced that it had partnered with UgoVirtual to transform the annual TechOvation competition into an online, virtual event. Traditionally held as a live onsite presentation each year during HT-NEXT, the TechOvation Award recognizes and rewards new, innovative industry products and solutions serving the global hotel vertical market.

“We are disappointed that we are unable to bring everyone together this fall,” said Kevin Gaffney, HX group show director and Emerald vice president. “But we believe this was the right decision to make for the health and wellness of the hospitality community. We appreciate the loyal support of the exhibitors, attendees, and our partners.”

“The COVID-19 pandemic has greatly impacted the hotel industry, but we know we will rebound together and continue to thrive,” added Cecil P. Staton, AAHOA president and CEO. “We cannot thank the community enough for its support. We look forward to 2021.”

“Our partnership with Emerald for HX is one of our most important relationships and events of the year,” added Biran Patel, AAHOA chairman. “While we are disappointed not to gather in 2020, we look forward to the road to recovery, which runs through HX: The Hotel Experience Powered by AAHOA in 2021.”

The Independent Lodging Congress announced on May 4 that it canceled INDIE Confab: Philadelphia, which had been scheduled for June 22-23, as well as INDIE Cultivate in July.

In a press release on April 15, the U.S. Travel Association issued a statement from its President and CEO Roger Dow announcing the cancellation of IPW 2020, scheduled to convene in Las Vegas on May 30. “When this health crisis is behind us, IPW will clearly be more vital than ever as a catalyst for activating inbound travel and re-growing commerce, exports, and jobs. As always, our top priority is to provide value to our partners, exhibitors, buyers and attending media. The standard for next year will be nothing less than putting on the event that our stakeholders will remember as a key turning point in the process of rebuilding the international inbound travel economy,” Dow said.

This year’s Lodging Conference has been postponed. The conference was originally slated to take place at the JW Marriott Desert Ridge Resort in Phoenix, Arizona, from September 21-24, 2020.

On August 26, the executive planning committee of the annual NYU International Hospitality Industry Investment Conference, hosted by the NYU School of Professional Studies Jonathan M. Tisch Center of Hospitality, announced that the on-site event planned for November 11-12 was canceled and replaced by a webinar series taking place from November 6-12, 2020.

In April, the committee announced its decision to reschedule the 2020 conference originally slated to take place from May 31-June 2, 2020. In place of the June event, the committee hosted a virtual version of the conference’s “CEOs Check In” panel on June 2, which was moderated by Jonathan M. Tisch, chairman and CEO of Loews Hotels & Co. and co-chairman of the Board of Loews Corporation, and included panelists David Kong, president and CEO, BWH Hotel Group; Keith Barr, CEO, InterContinental Hotels Group (IHG); Christopher J. Nassetta, president and CEO, Hilton; Arne M. Sorenson, president and CEO, Marriott International.

Officials of the Southern Lodging Summit, an annual hotel conference focusing on development and operations throughout the southern United States, announced on July 31 plans to postpone this year’s physical gathering due to the ongoing coronavirus pandemic. Instead, the organization pivoted to host a “virtual update.” Two of the conference’s most popular panels, “Visionary Viewpoints—Crisis Leadership” and “What Do the Numbers Show—A Six-Month Check-Up: Where We’ve Been & Where We’re Headed,” were pre-recorded and shared with all previous attendees and interested parties. The conference planned to maintain its annual online auction that is scheduled to run from August 10-28, 2020.

On May 26, Wyndham announced plans to postpone its 2021 Global Conference to help relieve franchisees of event-related fees.