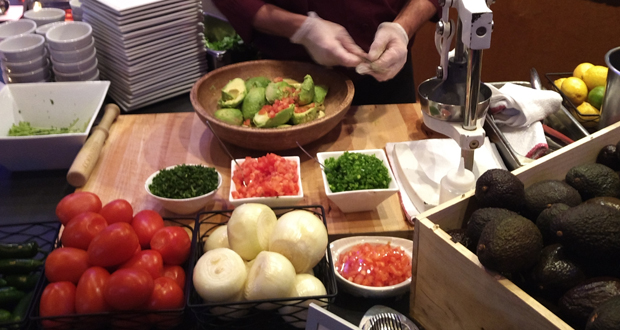 Hospitality industry professionals gathered on Monday at the SOFITEL New York to witness reduced food waste in action. Spearheaded by the American Hotel & Lodging Association (AHLA) and the World Wildlife Fund (WWF) with support from The Rockefeller Foundation, the HOTEL KITCHEN event highlighted concrete ways that hoteliers can reduce food waste at their own properties. 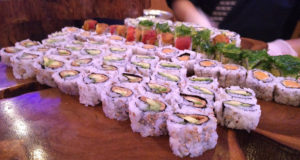 As part of the HOTEL KITCHEN initiative, 10 hotels across the U.S.—from full-service, branded properties to independent operations—followed strategies and took steps to reduce food waste for 12 weeks, effectively eliminating at least 10 percent of each property’s food waste. The pilot program culminated in the launch of a food waste reduction toolkit to guide hotels through training, best practices, prevention strategies, and how to collect and share data to improve performance. The WWF and AHLA, with support from the Rockefeller Foundation, also launched a website and video series at Monday’s HOTEL INITIATIVE event to help hoteliers learn more about the problem and the steps they can take to effect change.

About 63 million tons of food is wasted each year in the U.S., and the service industry, and hotels and restaurants are responsible for about 40 percent of that, according to the group ReFED. What’s more, that food typically ends up in a landfill, wasting not just money but also land, water, and energy while damaging the environment. 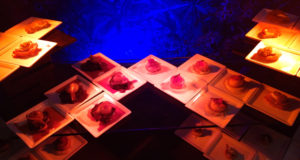 The HOTEL KITCHEN initiative is designed to help U.S. hotels meet the WWF and AHLA’s recommendation that, by 2020, at least 90 percent of hotels divert food waste from landfills. As part of that goal, which is in line with the U.N. Sustainable Development Goals and Champions 12.3, U.S. hotels are encouraged to establish ways to measure food waste and report reductions from a baseline year as well as establish food donation strategies and community partnerships.

Darian James, the senior sales and catering manager at SOFITEL New York, says that Monday’s HOTEL KITCHEN event was of particular interest to him as a new vegetarian who follows the WWF’s mission. James worked with Robert Hohmann, executive chef of the hotel’s restaurant, Gaby Brasserie Française, to put together a customized menu that reduced food waste by a total of 30 lbs while showcasing how to do so.

“We tried to utilize as much of the food we had in our inventory of products that we get in on a regular basis. That way, we could use some of the waste and the by-product of it as well as eliminate a lot of the carbon footprint from bringing in food from different vendors,” Hohmann explains. Other strategies included using small plates and freshly prepared food stations—from guacamole to sushi—to reduce the amount of food prepared and displayed at a time. For example, avocados at the guacamole station provided both pulp for the guacamole and a pit for avocado oil. The hotel used limes from the hotel’s pastry shop twice—as zest for pastries and pressed for juice to be used in the guacamole. The team also made green tomato sauce from the same produce used to make the event’s fried green tomatoes. The hotel also planned to donate any leftovers to its partner, the New York City nonprofit City Harvest.

“It was exciting to be able to come up with this and try to be creative in ways to eliminate waste,” Hohmann says. Hohmann added that the hotel has been using some of these waste reduction strategies for about six months, changing its approach to creating menus by taking a closer look at its suppliers and vendors to find out what food will be available, how it will be made available, and ways to reduce waste. The kitchen also uses an ORCA machine to turn any organic leftovers into environmentally safe water that drains into the municipal sewage system.

SOFITEL New York’s food waste reduction efforts are in line with Planet 21, a sustainable development program by AccorHotels, SOFITEL’s parent company. Planet 21 provides a roadmap that defines areas from local sourcing to water, energy, and waste management, diversity, and engaging with the local community to create a positive impact. “Reducing food waste is the way of the future,” Hohmann says. “People are starting to be a little more conscious as far as what they’re eating and how they’re eating.”