Home Finance & Development Holding On: The Resilience of Rural Hotels 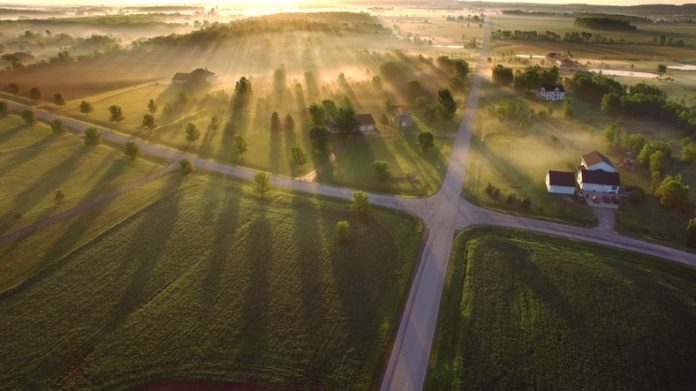 Per STR, rural hotels are defined as hotels found in submarkets with a population density below 150 people per square mile, or the first quartile of total submarkets by population density. Key performance indicators of these pastoral properties tend to score lower those of their metropolitan counterparts. For the 12 months ending January 2020, rural hotel RevPAR lagged behind that of all other hotels by $30.97.

To analyze downturn performance, STR analysts indexed hotel performance to the month of the precipitating event: September 2001 for the September 11 terrorist attacks and September 2008, the month in which Lehman Brothers shuttered, to mark the beginning of the Great Recession.

While neither demographic clearly outperformed the other in occupancy during downturns, non-rural hotels fared much worse than rural hotels in terms of average daily rate. On an annualized basis, rural hotel ADR declined for four months in the downturn following the September 11 terrorist attacks, potentially due to fewer safety concerns around traveling outside of major metropolitan areas. Rate loss for rural hotels peaked at 0.1 percent compared to the 4.8 percent decline experienced by metro hotels.

During the Great Recession, rural hotel rate increased for four months following the Lehman Brothers bankruptcy and declined between 0.1 percent and 3.9 percent for 35 months after that. For all other U.S. hotels, ADR fell immediately following the bankruptcy announcement before declining for five consecutive years, losing more than 11 percent of pre-recession rate for eight months in 2010.

RevPAR: How It All Shakes Out

While there is no clear preferred location when it comes to assessing occupancy during downturns, rural hotels maintained better pricing power than non-rural hotels following both the September 11 terrorist attacks and the Great Recession. Ultimately, this led to more resilient RevPAR performance from rural hotels and a faster return to pre-event performance levels.