Home Design Bringing a Vacant Hotel Back to Life 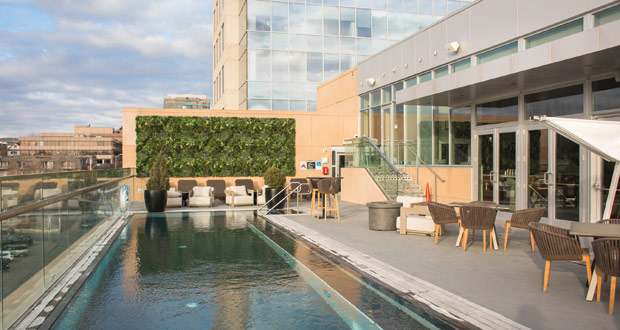 Under new ownership and management, the former Hotel Sorella is now The Fontaine—A Kansas City Hotel, an updated 132-room boutique property located in the heart of Kansas City on the edge of Country Club Plaza.

In an interview with LODGING, its general manager Richard Graham described the inspiration for and features of the property, which was renamed to reflect the fountains around the neighboring Plaza and designed to offer a cool experience infused with Midwestern hospitality. Graham, a seasoned professional with deep roots in the Kansas City hospitality scene, took the helm in November, some six months after the property was purchased as a joint venture between Davidson Hotels & Resorts in Atlanta and Artemis Real Estate Partners in Chevy Chase, Md.

Although the hotel was relatively new—it had been built in 2013—it was vacant when purchased by current owners, who recognized a special opportunity in the building itself and its prime location. “It’s a great building with a great build-out, so there was no need to alter the structure. It just needed a renovation to take it to even greater heights,” Graham explains.

This renovation began in the lobby, starting with new furniture, including some technology-based pieces, such as a communal type table with what Graham calls “a homey feel,” where guests can access and charge their computers and other digital media. 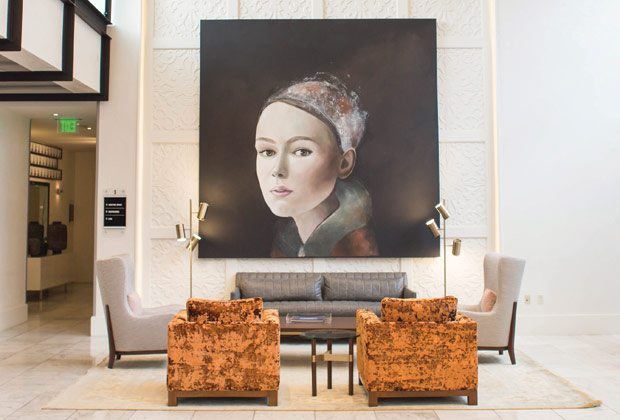 Describing its appearance further, Graham says guests walk through the lobby into Solarium, which serves as a functional meeting space and is where breakfast is served. “It’s a very unique space. Inside, there is really cool lighting and an all-glass ceiling, so there’s great natural light. It also flows to an outside patio, so we’re able to do very unique and very tailored events in there as well.”

He says the modified flow not only enables them to offer guests a full breakfast, it is a welcoming environment for members of the surrounding business and residential community, who, like hotel guests, can enjoy espressos, grab-and-go options, or a full breakfast. “We’re looking to put The Fontaine Hotel spin on our spaces—each of which is different—and how we interact with everything and everyone around us.” 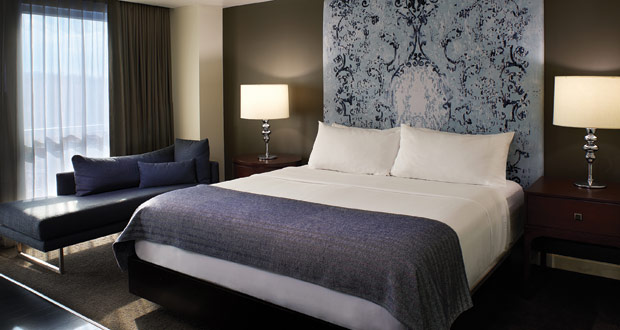 Graham is especially proud of The Fontaine’s contribution to the community’s food and beverage options and the chance to show out-of-towners their city at its best. “Our restaurants are stepping up to the next level—with popular farm-to-table menus and craft cocktails and beer—and becoming part of the community itself,” Graham comments. The Parker restaurant—named after KC’s own jazz legend Charlie Parker—he adds, is the only rooftop restaurant in the area.

The Fontaine’s team did encounter some challenges during the renovation, including that the building, which was located atop a large, shared parking garage, was “made too well,” meaning renovations—including modifications to the wattage—meant drilling through multiple feet of concrete. He says, too, moving from the great space to more traditional meeting rooms space wasn’t entirely seamless. “It probably bothers us more than the guests to go from a unique great space for breakfast into a more traditional meeting room space,” he admits.

Such challenges notwithstanding, Graham feels that the renovation’s overall mission was accomplished. “Because our customers are our most important relationships, the goal of our renovation was to be as genuine as possible, to show what Kansas Citians who truly know this city wanted to embody,” he says.