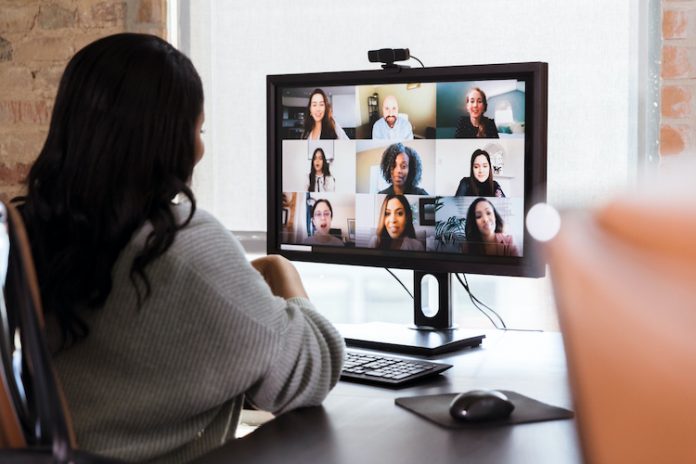 During a CYBER HITEC panel entitled, “The Cure for Empty Ballrooms: Exploring the Virtual and Hybrid Event Models,” speakers Bob Gilbert, president and CEO of HSMAI, Stephanie Glanzer, senior vice president and chief sales officer of MGM Resorts International, and Jeff Loether, president and founder of Electro-Media Design discussed key drivers for virtual and hybrid events from a meeting planner’s point of view, how to sell these types of events from the hotelier’s point of view, and how to service them from the AV professional’s point of view. Mark Haley, partner of Prism Hospitality Consulting, moderated the panel.

In 2017 alone, 1.5 billion participated in business events across more than 180 countries, Gilbert noted, adding events enrich people’s lives and enrich local, regional, and national economies. Gilbert highlighted statistics to show how the meetings industry has changed since the pandemic started. According to a June survey from the Center of Exhibition Industry Research, 73 percent of respondents canceled exhibitions and another 37 percent reported postponing them. “They see revenue losses of 66 percent across the industry,” said Gilbert.

Glanzer then zeroed in on key markets for group occupancy, explaining the trends happening in different states. “I think that as we look at the overall destinations, cities are also impacted by the state and gathering protocols that have been put into place,” she said, adding that markets in Nevada, which recently restricted gatherings to no more than 50 people, will look different than those that have opened group gathering limits.

Loether noted that the pandemic not only affected venues and hotels, but all other businesses that support in-person meetings as well as industries that rely on meetings to do business. “People need to continue to collaborate and communicate, so everything moved to the world of virtuality,” Loether said.

Loether explained that because of today’s social distancing guidelines, certain rooms may no longer be able to accommodate the same number of people as they once did—for instance, a room that previously hosted up to 50 people would need to be four times larger to allow the same number of attendees to maintain distance from others. To help limit in-person meeting occupancy, half of an audience can attend remotely, he added. “What’s interesting is as an audio-visual industry and meetings industry technology, we’ve actually never done this before; we’ve never tried to bring in half of an audience virtually,” he said.

Gilbert touched on the key driver of meetings—attendee engagement—and drove home the focus of how important it is. “Don’t underestimate what it takes from the organizer of the event to market to those attendees as well,” Gilbert said.

According to Gilbert, there is a whole other level of communication and different point of sale to get people to commit to a virtual event versus attending something face to face. “Attending virtually is much less of a time commitment but getting them to commit and register can be a challenge,” he said.

Despite this hard time, Loether said the advancement in technology is easing the process of having a successful group meeting. “We’re pushing the envelope on driving the technology to make all this happen,” he said.