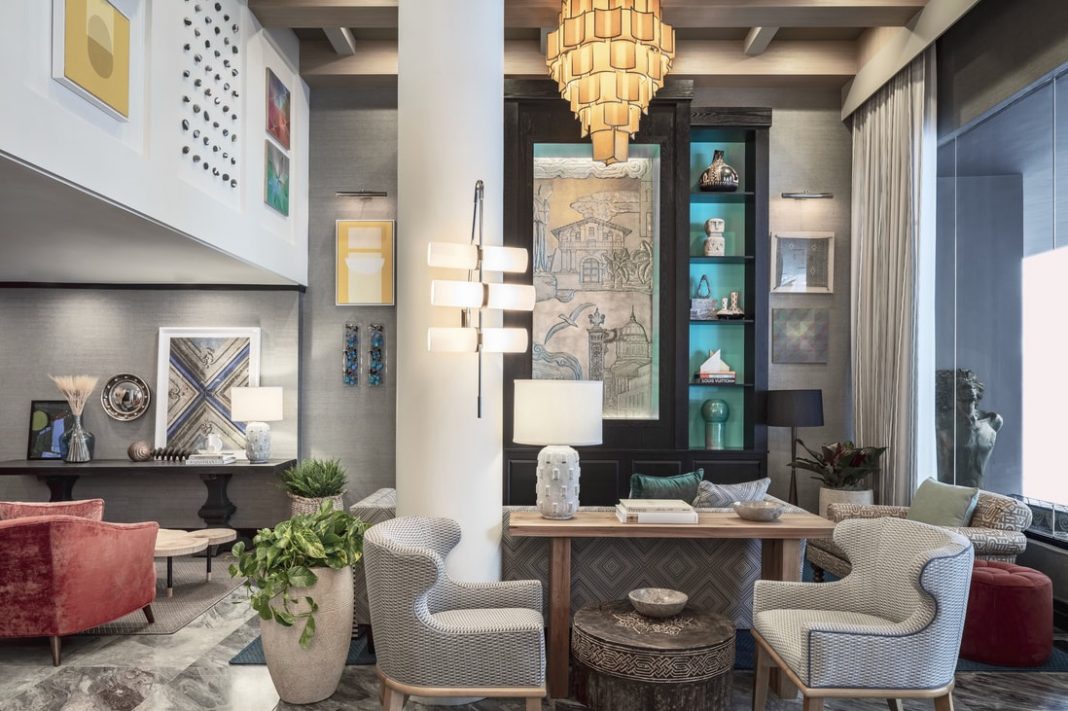 San Francisco’s Hotel Triton has had an eventful couple of years—in 2017, the former Kimpton was purchased by DiNapoli Capital Partners and transformed into an independent boutique hotel. The transition was mostly seamless, but while Hotel Triton’s décor was loved by past guests, it didn’t tell the hotel’s whole story.

Under the direction of designer Liubasha Rose from Rose Ink Workshop, a full renovation brought a modern aesthetic to the hotel that borrowed from the Danish concept of “Hygge,” which exudes comfort, contentment, and well- being. In addition to the lobby, Hotel Triton’s 140 guestrooms and bathrooms have been reimagined with new marble finishes and showers. The on-site French dining outlet, Café de la Presse, not only provides a restaurant experience, but also services in-room dining.

Now that the property has debuted its renovations, general manager Ben Lawson notes that while the process had its hiccups—unavoidable with a 106-year-old property—they often turned out to be opportunities for growth. He says, “We found a newspaper from 1955 in the walls. Somebody clearly put it there as a time capsule because it was in pristine condition. You don’t expect to find anything behind a wall. Your best estimate can never account for what actually lies beneath.”

UNSEEN IMPORTANCE
“We have a signature scent program,” Lawson notes. “Working with a third-party company was a very interesting process. We provided them our values, words, and vision. Based on that high-level description, they came up with several different scents. We sampled them and picked one that best fit the vibe of the hotel.”

FEELS LIKE HOME
Photos and artwork were chosen to make guests feel as though they are in a well-traveled friends’ home. Lawson says, “When you look at our lobby, you’ll see a very eclectic collection of objects from world travelers, including a number of framed pictures. It’s all artwork, but most— if not all—of the pictures that you see are of travels from Liubasha Rose herself.”

HIDDEN GEMS
During the renovation, the team made a discovery. “We found a mural created by Jon Oshanna hidden under modern construction,” Lawson says. “We estimate that the mural— which was completely covered—was completed in 1950. Once we found it, we had part of our lobby redesigned to showcase the discovery.”

CULTURALLY RELEVANT
Adding to the “Hygge” and well-traveled friend aesthetics, the lobby is host to cultural artifacts and an assortment of books from all over the world. Lawson says, “There’s a collection of different books, sculptures, and handmade items from different countries.”