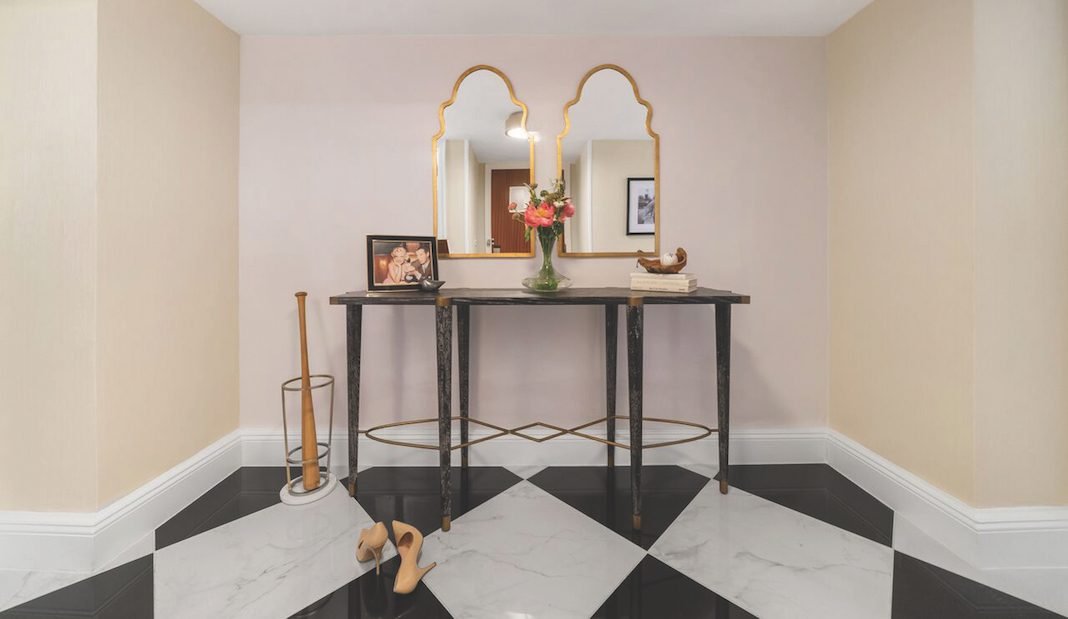 On what would have been Marilyn Monroe’s 92nd birthday, The Lexington Hotel revealed the Norma Jeane Suite, where guests can unwind in the actual suite that Marilyn and then-husband Joe DiMaggio lived in during their brief marriage. Suite 1806 played a vital role in Monroe’s career—she lived in the suite when she sealed her legacy as a cultural icon and filmed the skirt-blowing scene in The Seven Year Itch.

The Norma Jeane Suite has been reimagined into a comfortable getaway for city visitors. Every aspect of the suite was designed with Monroe in mind; designers sifted through hundreds of old photos to visualize how she would enjoy her home. With mirrors and photos of the couple visible upon entry, guests feel as though they are entering the star’s suite.

In addition to The Norma Jeane Suite, The Lexington Hotel recently underwent a renovation to bring back the glamour of the jazz era in 1929, which is when the hotel opened. Azie Shellhorse, designer of the Norma Jeane Suite, says, “We want guests to live like Marilyn and Joe. It’s important to not only have an authentic representation of their lives together, but also to provide a luxurious retreat from the city. In the living room, we chose velvet, silk, faux fur, and feathers to evoke the spirit of Marilyn’s elaborate costumes, which we paired with the masculine lines of the sofa, bar, and console to honor Joe’s famously stoic disposition.” 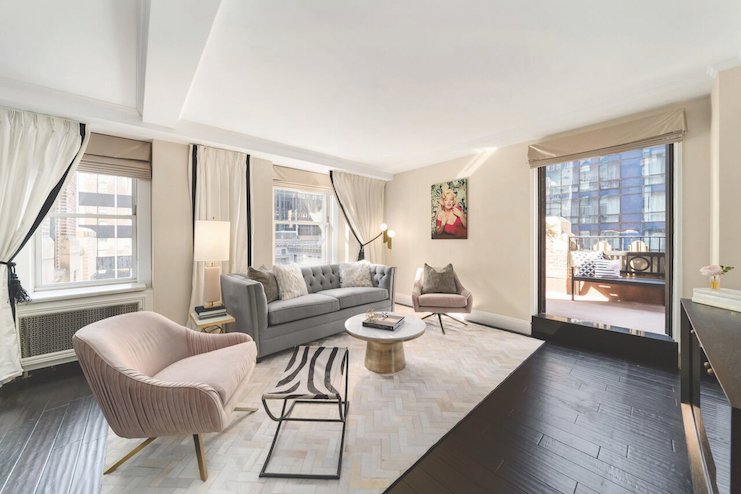 Animal Allusions
Zebra print was chosen because the designers felt Monroe would have loved in her own home. Shellhorse notes, “One of her favorite hangouts was The Zebra Room, and her designer for The Seven Year Itch even dressed her in an animal stripe gown. We thought this was a fun reference.”

Classic Colors
“Black and white is timeless and classic, like Marilyn.” Shellhorse says, “Blush was used because it’s current and feminine, and we wanted to bring a sense of soft luxury to the suite. We chose the pop of red as an accent, symbolic of Marilyn’s favorite lip color.”

Living Legends
“We pictured Joe coming home from a ball game and dropping his glove and bat by the front door,” Shellhorse says. Other nods to the couple are Bloomingdale’s bags in the closet, Dorothy Draper cocktail glasses, and Chanel No. 5 bottles on display by the bedroom vanity.

Brass Beauty
The Lexington Hotel is known for its uses of brass throughout the property. Since 1929, the brass elevator doors have been well-known elements. Shellhorse adds, “We wanted to continue that visual throughout the suite. Plus, the brass accents are glamorous and old Hollywood, so we thought Marilyn would feel right at home.”