Home Advice Why Outsourced Laundry Is More Common in Europe 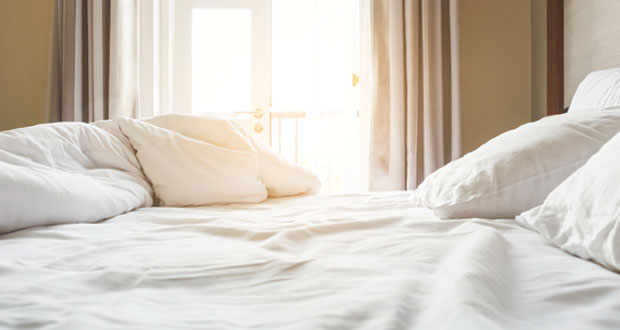 Whether a hotelier chooses an outsourced linen and uniform service or maintains an on-premises laundry (OPL), there is no disputing benefits that come with economies of scale. Massive wash capacity means that the cost per pound of laundry is lower, and outsourced laundry providers are often required to have that kind of capacity to serve multiple hotels. Despite the benefits of outsourcing laundry, OPLs still have a larger share of U.S. hotel work compared with other countries. One hotel linen service here estimates that only 35 percent of the U.S. industry’s laundry work is outsourced. That’s a sharp contrast with the United Kingdom, for instance, where it’s estimated that 95 percent of hotels outsource.

This rationale may explain why hoteliers in other countries outsource laundries, but not why many U.S. hoteliers do not. Labor cost, for example, is only 9 percent higher in Britain than the United States, according to a recent Organization for Economic Cooperation and Development calculation of international purchasing power parity (PPP). The U.S. may, in fact, have plentiful real estate for hotels, less urban density, and less expensive labor, leading to more hoteliers keeping their laundry in-house. However, hotels in the United States are increasingly experiencing difficulties with recruiting and retaining labor as well as soaring cost of real estate, according to the TRSA Hospitality Committee.

Urban density has encouraged outsourcing here. Most TRSA U.S. member laundries 100 percent dedicated to the hotel market are located in metropolitan areas, where linen services can find and serve more hotels interested in outsourcing. These hotel-focused providers—most of which were founded no more than a few decades ago—differ from older linen and uniform service counterparts that serve a combination of food and beverage/restaurant, healthcare, and industrial facilities. Still, a 2015 TRSA survey found that one-third of U.S. hoteliers surveyed reported that they would have tried outsourcing their laundry, but couldn’t find a provider—possibly due to the property’s location.

The TRSA Hospitality Committee’s inquiry is assessing not only demand from the hotel industry but the behavior of linen, uniform, and facility service providers as well. Suppliers in Europe have had greater incentive to develop the market. Changes in the U.S. market could be a significant step forward for U.S. hotel linen services while providing more options for U.S. hoteliers looking to outsource laundry.

About the Author
Joseph Ricci is the president and CEO of TRSA, the association for the linen, uniform and facility services industry.

What Hotels Can Learn From How Hospitals Do Laundry

As Hotels Adopt New Tech, Where Are the Innovations in Hotel Laundry?