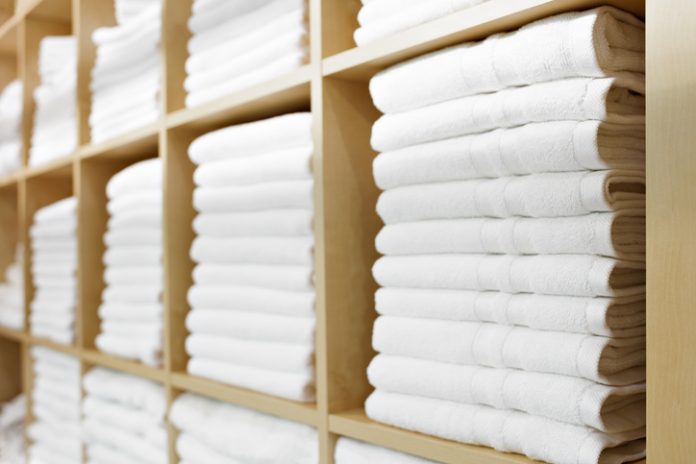 When U.S. travelers stay at European hotels, they may notice a few differences: the room and bed sizes may vary from what they’re typically used to, power outlets differ, bathrooms may be smaller, etc. One difference is hardly ever noted: the hotel’s linens and towels are likely laundered outside of the property.

In many European countries, the majority of hotel laundry is outsourced to commercial laundries. In North America, estimates indicate outsourcing is much less common, and more prominent in the nation’s largest cities—New York and Los Angeles—or resort cities with a very high room inventory, like Las Vegas and Orlando.

Why is there so much more outsourcing in Europe? Geert Böttger, a Dusseldorf-based consultant for Expo + Consulting Associates with 30 years of experience working with laundries processing hotel linens, weighed in on this question during a recent TRSA webinar examining the marketing strategies of hospitality linen services in Europe.

Economic factors like European entrepreneurship, he said, influence hotel laundry models. More so than in America, private European companies have many owners, including the chief executive. In the United States, majority ownership is more often consolidated within a few hands. With more shareholders are looking hard at performance, every expense is more heavily scrutinized, so the cost-effectiveness of outsourcing laundry is better recognized.

Such outsourcing may also be more cost-effective in Europe. Like most business functions, labor accounts for the largest expense when it comes to laundry. Given the high cost of wages and benefits in Europe, achieving economies of scale is paramount. Outsourcing reduced the labor portion of laundry cost that a hotel pays compared with processing on-premises. Combined with other factors related to industrial-scale launderers’ economies—such as more efficient use of water, energy, and other resources—the overall cost to outsource per laundry pound is noticeably less. These factors are also driving increased laundry outsourcing in the United States as labor expenses rise and hoteliers are pressed to keep costs down to remain price-competitive.

Geography plays a role in Europe, too. Urban population density is greater, making it highly economical for linen services to run their routes. High density also results in less space available within hotels for laundry services. Density is also a benefit for laundry outsourcing because it’s more efficient for linen and uniform services to reach the hotels, accelerating their cost advantage over on-premise facilities.

While Europe may have been subjected to these economic circumstances and subsequent impacts on laundry operations for a longer period of time, all these factors are also impacting North America hotels. One of the greatest obstacles to outsourcing laundry in North America is a concern with abandoning linen quality and inventory control. Traditionally, North American hotels have emphasized differentiation when specifying linens concerned about consumer preferences. However, TRSA research indicates that consumers expect sheets and towels to correspond with the type of hotel, but are they are not a main factor in deciding where to stay. Linens take a back seat to hotel price, location, and amenities.

About the Author
Joseph Ricci is the president and CEO of TRSA.