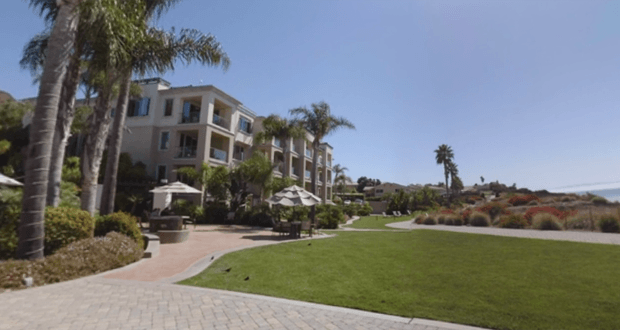 As the world of technology becomes more futuristic and expansive, virtual reality (VR) is picking up significant speed. Within the last year, ownership of virtual reality headsets and cameras has grown exponentially, and everyone has access to the scores of 360° videos available online via on their smartphones and computers. Facebook and other social media platforms have also begun to support 360° video. Now that this innovative technology has become so accessible to the public, many hotels are turning to VR as an advertising tactic.

A high demand for these videos has created a need for new filming methods. “Shooting 360° videos requires a multitude of cameras set up in a circle, so setting them up in a hotel guestroom can be challenging,” says Anna Singleton, CEO of Show My Property TV, a boutique video production house that specializes in products for the multifamily and hotel sectors. To film these tight spaces, Singleton and her team created their own custom camera rig. “We worked on it and tested it for about a year and a half before releasing the product,” she explains. “So far, the response has been overwhelmingly positive.”

After spending quite a few years working in the luxury apartment segment, Singleton decided she wanted to move into capturing hotel design and amenities. “The hotel industry just comes across as so much more glamorous than the apartment industry,” she says.

It was an excellent fit, which Singleton attributes to VR’s authenticity. “Virtual reality works well for hotels because it’s so authentic. While photographs can be photoshopped and edited, these 360° videos show potential guests exactly what they are getting. People don’t want to be deceived.”

In Singleton’s experience, hotel owners and managers are loving all that virtual reality has to offer. “What’s so cool is that the hotel industry is using this technology in so many ways,” Singleton says.” They’re putting these videos on their websites, sending them directly to Smartphones, and some clients even buy the Google headsets to watch them.” If the hotels decide to hold bigger corporate events or weddings, Singleton and her team recommend sending out branded Google Cardboard headsets for guests to view the videos themselves.

For hotels interested in entering the world of virtual reality, Singleton pairs enthusiasm with caution. “Hotels need to make sure they contact a digital agency that has done hotels before. It’s also important to look at what other hotels are doing in order to see how yours compare.” She also notes that because of the newness of this technology, as well as the time and attention to detail it requires, the price tag may be a little more than hoteliers are expecting. “This is a very involved piece of marketing,” she explains. “But nothing can compare to the finished product. You can’t put a price on that.”

Hoteliers who would like to see an example of virtual reality as hotel marketing can see Show My Property TV’s work here.

Anything Hotel and OpenHotel Announce a Strategic Partnership