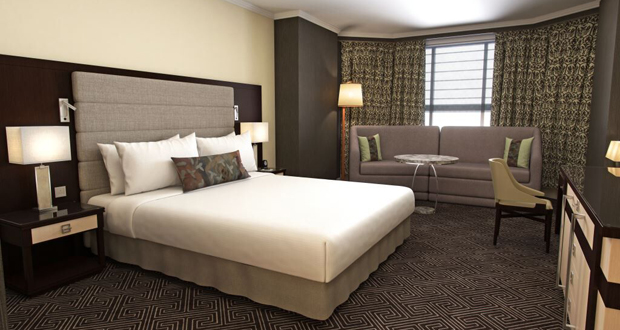 “Atlanta is our muse, and the hotel continues to evolve out of the unparalleled lifestyle around us,” Erwin Schinnerl, the hotel’s general manager, says. “The design is infused with a fervent sense of place, providing a modern backdrop for a vibrant new era of luxury travelers discovering our city.” 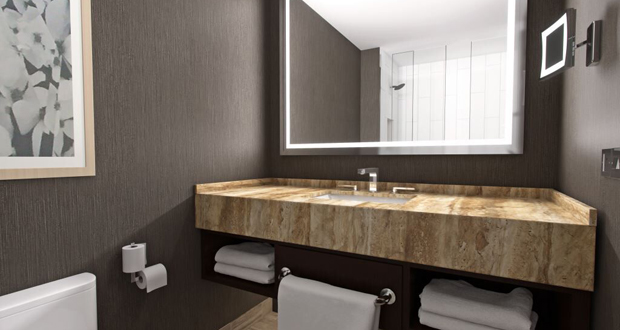 The hotel’s interiors will be reborn through the contemporary lens of interior designer Jenny Holt from Remington. The vision pays homage to the evolution of Atlanta, drawing upon elements in nature found within the metropolitan City of Trees. Colors selected for the corridor wall coverings, décor, and room accents are inspired by an afternoon in Piedmont Park—lush greens, rousing sky blues, and steely purples and silvers of the surrounding buildings. The hotel’s walls will now have five original pieces commissioned from local artist, Erin Palovick.

In all guestrooms, new bathrooms will have calming hues of blue and lavender along with inlaid, lit mirrors. King guestroom bathrooms will be upgraded with a marble walk-in shower and floating vanity all set behind a rolling barn door. Living areas will have versatile seating that appeals to both business travelers and families alike and high-tech amenities such as a 55-inch TV mounted to the wall. The reimagined Club Lounge will have expanded areas, providing space for a quick breakfast in a quiet nook or drinks with friends seated along a large communal table. In the coming months, the property will infuse the spirit of the city’s rich outdoor elements into the 444 rooms, suites, and Ritz-Carlton Club Lounge. 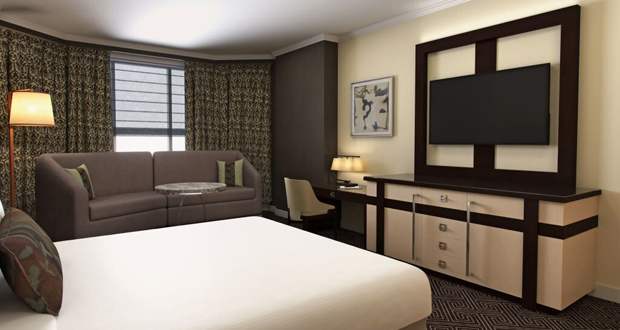 The Ritz-Carlton, Atlanta is the longest operating hotel in the brand, and was the second property to open in the United States during a time when the city was carving out its new identity. Fast forward 34 years later, and Atlanta has a dynamic culinary scene that is continuously evolving and the new Mercedes-Benz Stadium, home to the NFL’s Atlanta Falcons and Atlanta United Football Club. Over the past few years, Atlanta has enjoyed the opening of attractions such as culinary and gaming hub, Ponce City Market, the College Football Hall of Fame, a destination for sports enthusiasts, and the 180-foot SkyView Atlanta.

The elevated guestrooms and suites come on the heels of the hotel’s Wellness Level that was unveiled in 2017, and AG, a modern bar and steakhouse which debuted on the downtown scene in Fall 2016. The hotel’s F&B offerings also include the contemporary lobby bar, Lumen, and Jittery Joes—Atlanta’s only location to grab a cup of the Athens, Ga. coffee. Additionally, over the past few years, the more than 17,000 square feet of meeting and event space has been refreshed to reflect the city in which the hotel resides.