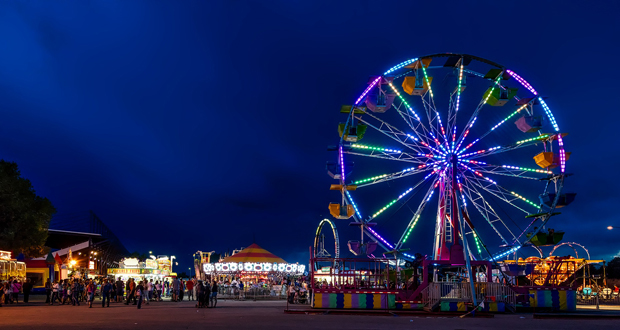 Large-scale events enjoyed a banner year in 2016. A reemerging travel economy—combined with more lodging options than ever before and a bevy of events ranging from state fairs to business expos—resulted in a continually prosperous travel market. Moreover, primary markets, as well as several secondary markets, benefitted from an ever-increasing wealth of options with which to entice travelers. STR offers a snapshot of some of the most telling signs of a healthy travel market.

The usual top-tier market drivers proved fruitful for tourism once again in 2016. Large-event host cities such as Los Angeles, New York City, and Miami reaped the benefits of abundant lodging options and a diverse array of events. Super Bowl 50 was held at Levi Stadium in Santa Clara, Calif. squarely between the San Francisco and San Jose markets. Together, these markets enjoyed an overall occupancy of 77 percent during Super Bowl weekend (Feb. 5-7). The average shared ADR for these markets was an astounding $402.60. Meanwhile, the Houston market caught a serious case of March Madness, toppling the previous year’s Final Four weekend by an estimated 6,400 attendees and carrying an occupancy of 85.3 percent on the day of the Final Four matchups and 81 percent on the day of the title match. 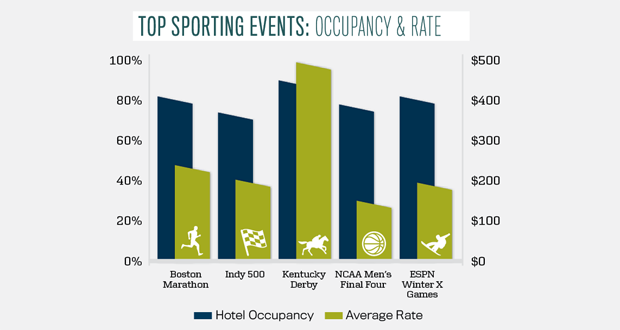 However, there’s much more to the U.S. travel industry than sporting events. Expos carry a large portion of event-based travel, and they also provide an enormous boost to group lodging. In 2015, expo goers outpaced attendance for music festivals, sporting events, and conferences combined (among events of 40,000 minimum estimated attendees). The bulk of this can be attributed to car/boat/RV shows, some of which reported attendance exceeding one million attendees in 2016. Trade-oriented expos had plenty to contribute to the travel market as well. The Consumer Electronics Show (CES), which is held every January in Las Vegas, provides a significant boost to the market during an otherwise middling month for reservations (occupancy was at 82.5 percent during CES, compared to 69.4 percent for the month of January). Offering unique, cutting-edge displays for a focused customer base can pay huge dividends for any expo.

A large constituent of market events are aimed at families. The Comic-Con demographic, which has perhaps been the fastest-growing convention category in the country over the past decade, had four events across the nation (Denver, New York, San Diego, and Phoenix) register attendance of more than 100,000 pop culture aficionados. An alternative is state fairs, which provide cost-efficient entertainment for any family budget. While size and scale vary from state to state, six state fairs reported attendance exceeding one million, with the Texas State Fair leading the pack with a mind-boggling 2,408,032 visitors. 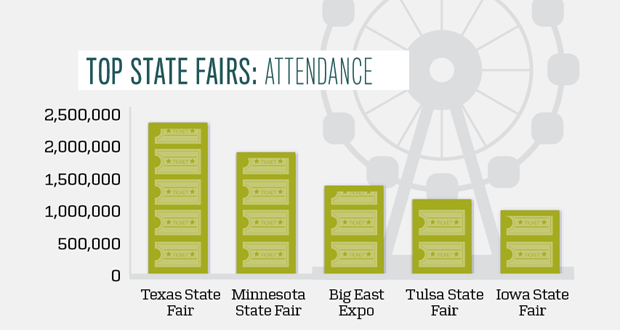 Ever since the bleak economic conditions of 2009, market events have seen incremental improvement year over year. As the country has recovered, more options have permeated the landscape and been made accessible to the average American than ever before. Hotels are thriving once again. Currently, more opportunities exist to play host to millions of concert-goers, corporate buyers, and average American families than ever before. One can only hope to see the very same enthusiasm in 2017.

About the Author
Nathan Rael is an account manager at STR.