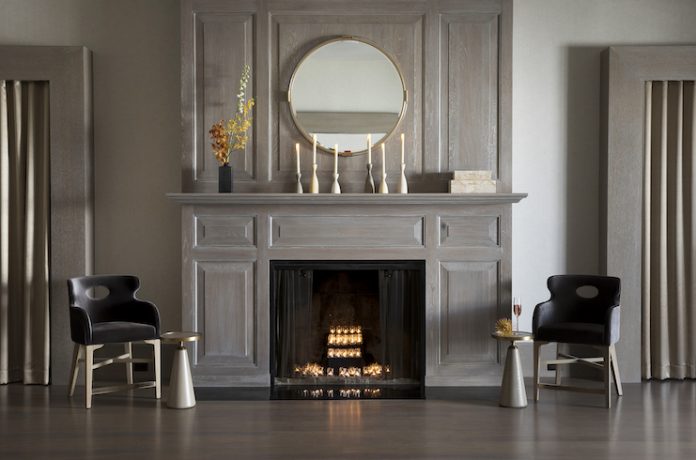 SAN FRANCISCO—Closed for renovations on September 19th, 2019, and relaunched briefly in early 2020, The Clift Royal Sonesta Hotel has officially reopened in 2021 with renewed public spaces, modern rooms, and updated food and beverage. In early August, Fredericks, the new restaurant concept with both sit-down and counter service options, will open. The Redwood Room reopened on July 1, 2021, retaining its Prohibition-era aesthetic while adding new furniture, floorings, and original prints from Gustav Klimt that were found in the building during the remodel. In response to masks mandates being lifted, The Clift Royal Sonesta Hotel has created the “Show Us Your Smile” package.

The 372 guestrooms and suites at The Clift Royal Sonesta Hotel have been renovated with a neutral color palette and textures for a handcrafted look. Guests will find tech additions, such as STAYCAST powered by Google Chromecast, in the guestrooms Select guestrooms also have a Peloton. The bathroom areas have been enlarged and fitted with new plumbing fixtures and finishes, including period-specific black and white tiles found in other historic buildings around San Francisco.

The lobby and other public spaces have a brighter look with a palette of warm neutrals with light driftwood, charcoal greys, and metallic bronze accents. New furniture complements the style of the lobby while cutouts at the upper level bring in light. To the left of the lobby is the Living Room, with several seating options for working, having a drink, or relaxing and people watching. The previous Velvet Room has been changed to an event and meeting space, and The Clift’s meeting spaces have received additional natural light and technology, including 98” UHD displays with integrated sound systems.

Fredericks, an upscale yet laid-back onsite eatery open for breakfast and lunch (and paying homage to Frederick C. Clift, the original owner of the property), will launch by the end of July. Chef Daniel Corey, formerly of Michelin Star LUCE at the InterContinental, will serve as executive chef of both Fredericks and the Redwood Room. The restaurant has a black and white floor similar to the space in the 1920s, as well as neutral walls with exposed brick, also part of the earlier space. The floor itself was the inspiration for the decor, which has a classical look from the hotel’s original restaurant while bringing in modern-day San Francisco.

Food and drink from Fredericks are designed to complement the offerings in the Redwood Room, including a coffee program, pastries and snacks, comfort food, and wine, beer, and cocktails on tap. The restaurant has an area for to-go orders with high seating and smaller tables. The remainder of the restaurant has a combination of booth, banquette, and square table seating. Gluten-free options are available. Fredericks is open all week, with breakfast served from 7 a.m. to 10:30 a.m. and lunch from 11:15 a.m. to 2 p.m.

The Redwood Room reopened on July 1 with a new menu, handcrafted cocktails, and a revitalized look. The room retains its namesake redwood walls and lighting, undergoing a change in furniture, flooring, and wall art. The furniture is neutral-toned to highlight the redwood millwork. The new bar is manufactured from an 800-year-old redwood tree found by a custom woodworker in Montana. Additional recessed lighting was added for the mural behind the bar. The original Gustav Klimt paintings [reproductions created by students of Klimt, under his direction] uncovered onsite during the hotel renovations have been restored and re-hung. Redwood Room hours are 6 p.m. to 12 a.m. on Thursdays, Fridays, and Saturdays.

Advice Anthony Melchiorri - August 16, 2022
How do you balance self-care when you have limited staffing or resources at work? Maintaining consistent standards is not easy. It separates five-star from four-star...