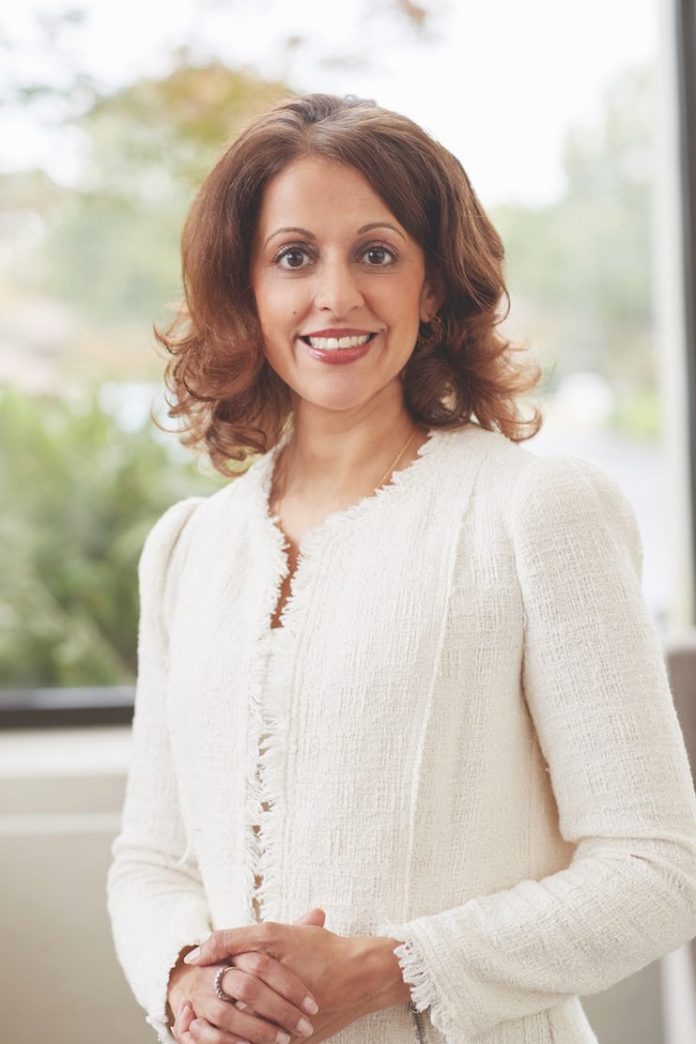 Shruti Gandhi Buckley’s connection to the hospitality industry dates back to her childhood, when she spent summers with an uncle who was the owner and operator of a small independent hotel in Atlantic City. “That was my first exposure to the hospitality world, and I really enjoyed helping out, doing things like folding pool towels and stocking the soda machine,” she says.

While observing the inner workings of hotel management, Buckley says it clicked with her even then that this was “a people business,” one in which relationships mattered. “Seeing guests who would come back year after year showed just how important nurturing those relationships was,” she observes.

Yet, when Buckley entered the work world after graduating from University of California at Berkley, she didn’t go directly into hospitality. “I followed a somewhat traditional consumer products paths, assuming global roles while managing businesses in a variety of different industries, such as food and luxury cosmetics.”

Then, when she relocated to the Washington, D.C.-area, friends in the hotel industry who thought hospitality was a good fit for her urged her to consider it. “Given my childhood experience with a business I found fascinating, that I love to travel, and that I’d been a ‘consumer’ who frequently stayed in hotels while traveling for business, I went for it.”

Education: University of California at Berkley

Best thing about a hospitality career: “It’s so much more complex than just working with a product. You have the opportunity to shape people’s experiences.”

After successfully leading the turnaround of a large brand for a Hilton competitor, Buckley accepted an opportunity with Hilton to lead Hampton. Although she says she had been able to lean on different individuals for different reasons during her career to that point, she found Hilton’s formal mentoring system—through which she was paired with Katie Fallon, global head of corporate affairs—to be especially helpful at that time. “This focus on mentoring and building those relationships is an intriguing part of the Hilton culture. It was especially valuable for me because I was new to Hilton and had taken on the very large Hampton brand.” She says she was also able to build relationships with other leaders within the organization, including Phil Cordell, the former leader of Hampton, who also provided advice and guidance.

Defining her own leadership style, one that “has evolved and I suspect will continue to do so as I progress in my career,” Buckley focuses on the team approach. “I would describe my overarching approach as one that creates a motivational environment, one that emphasizes learning and engagement and that members of the team are all partners—with the ability to implement change—in helping to build the success of the business,” she says.

In building a team, Buckley says she looks for members possessing qualities such as passion for what they do and love for the business. “I think it’s easy enough to find people with a lot of the hard skills, but it’s harder to find that passion, energy, and drive I’m looking for in team members.”

Buckley repeatedly stresses partnership—“keeping people engaged and excited”—over leadership, and says the focus on partnership extends to Hilton’s relationship with its owners. “Now more than ever, we’re working directly with the owners on new product development and brand innovation. We want to do what we can to support their business, to be sure they get a strong return on their investment.”

Buckley is excited to see women progressing at the highest levels of the  industry. “I think there’s been a real desire within the industry to promote and support women, particularly women in leadership positions.” She is proud that Hilton has many female leaders, including chief marketing officer Kellyn Smith Kenny, chief information and digital officer Noelle Eder, general counsel Kristin Campbell, and her mentor Katie Fallon, in addition to five female global brand heads. She observes that the industry is supporting this trend toward facilitating women’s success in the hospitality industry with networking events for women at industry conferences. “I think we as female leaders are reaching out to young women in our own organizations or the industry, providing informal or formal opportunities for women to network.”

Buckley considers this an especially exciting time in the industry in general and the Hampton brand in particular. “We’re breaking barriers. We’re innovating. We’re growing in places we’ve never been before,” she says.

Hilton and Country Garden to Develop 1,000 Home2 Suites in China